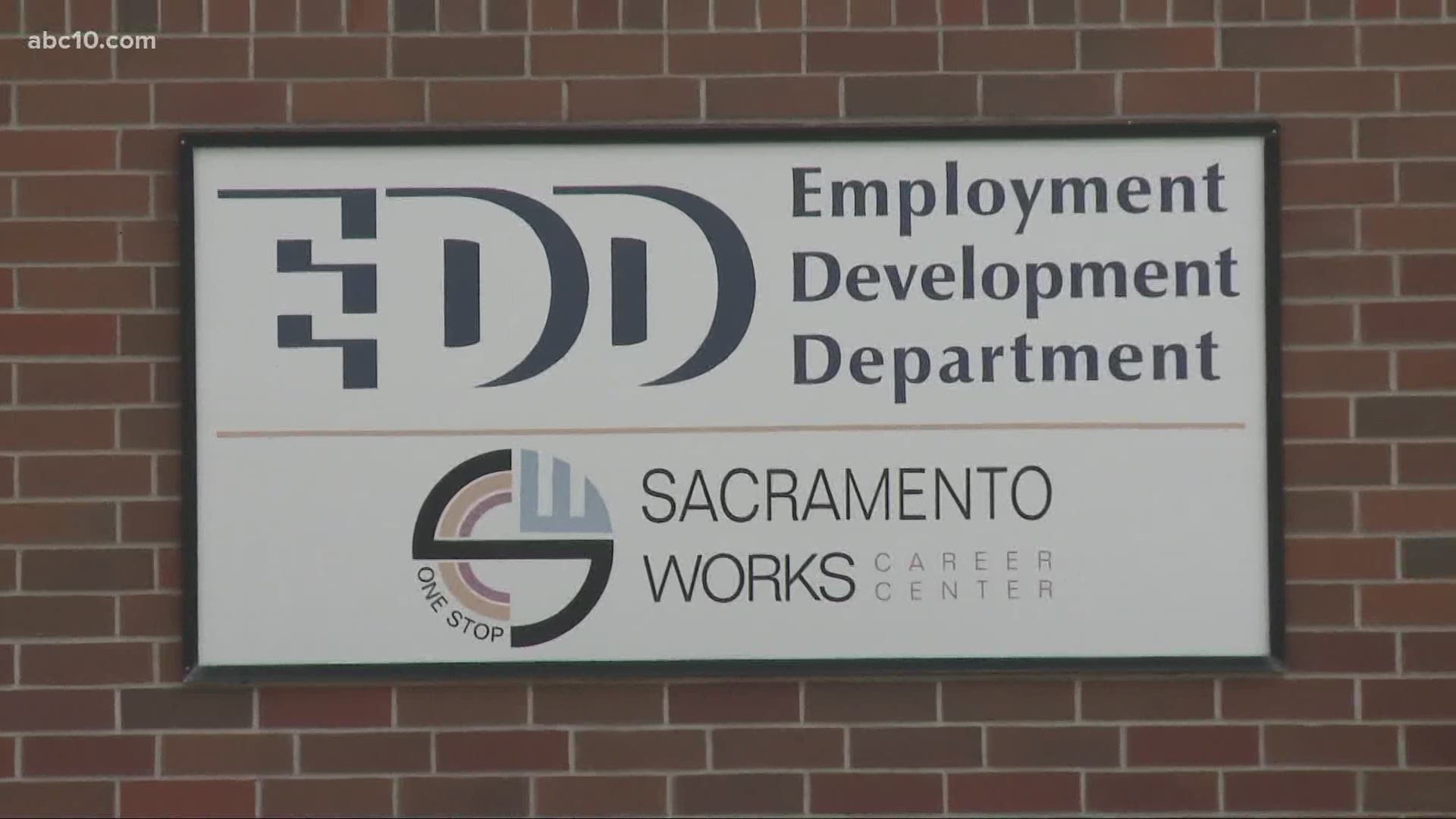 As a record number of Californians are filing for unemployment benefits, the existing system is overwhelmed by the volume. Many people have reached out to ABC10 News, sharing stories of hours spent on the phone trying to call the EDD without ever getting to speak with a human.

While the EDD asks people to apply online and look first for answers on its website before calling, some tell ABC10 their question is specific enough that they can't find an answer online — and need to talk with someone to get an answer.

"Since 2013, our call center at EDD has gone from 8 a.m. to just noon (Monday through Friday)," Newsom said at a Friday news conference, responding to a question from ABC10 about the department's call volume. "We’re now expanding those hours."

Newsom said he has directed EDD leadership to expand the call center hours to 5 p.m. He did not clarify when this would go into effect.

"We believe we have the capacity to go even further," Newsom said, adding that for now "we at least have the new, expanded hours happening very shortly. Hundreds of personnel are being redeployed to make that happen.”

Already, Newsom said, EDD leaders have moved 550 staff members to focus on the increased volume of applicants and will move "hundreds more" specifically into the call center.

Prior to the coronavirus pandemic, the EDD's timeline for delivering an eligible applicant's first unemployment check was three weeks — and Newsom said the department, for now, is still able to abide by that timeline.

Ethan Bell was thrilled to get his first check on Friday. He is a waiter at Chili's — or at least he was until March 14, when the restaurant where he worked closed. He wasted no time filing for unemployment.

"I checked everyday," Bell said, recounting the process of filing for unemployment, something he said he'd never done before. "Check your claim and make sure you are giving them the information they need and taking a breath right now everything is so stressful."

In keeping with the timeline to which Newsom boasted the EDD has been able to adhere, Bell said his check arrived three weeks after he filed his claim. Bell will now have to update his claim biweekly, verifying that he is still unemployed so he can continue to receive his unemployment.

The initial application can be a challenging process. People can no longer go to EDD field offices in-person, as they have been temporarily shuttered due to the coronavirus pandemic.

A security officer at the EDD Broadway location informed people arriving for help on Friday that the building is closed. To file for unemployment through EDD, he said, people have to either go online or call for assistance. 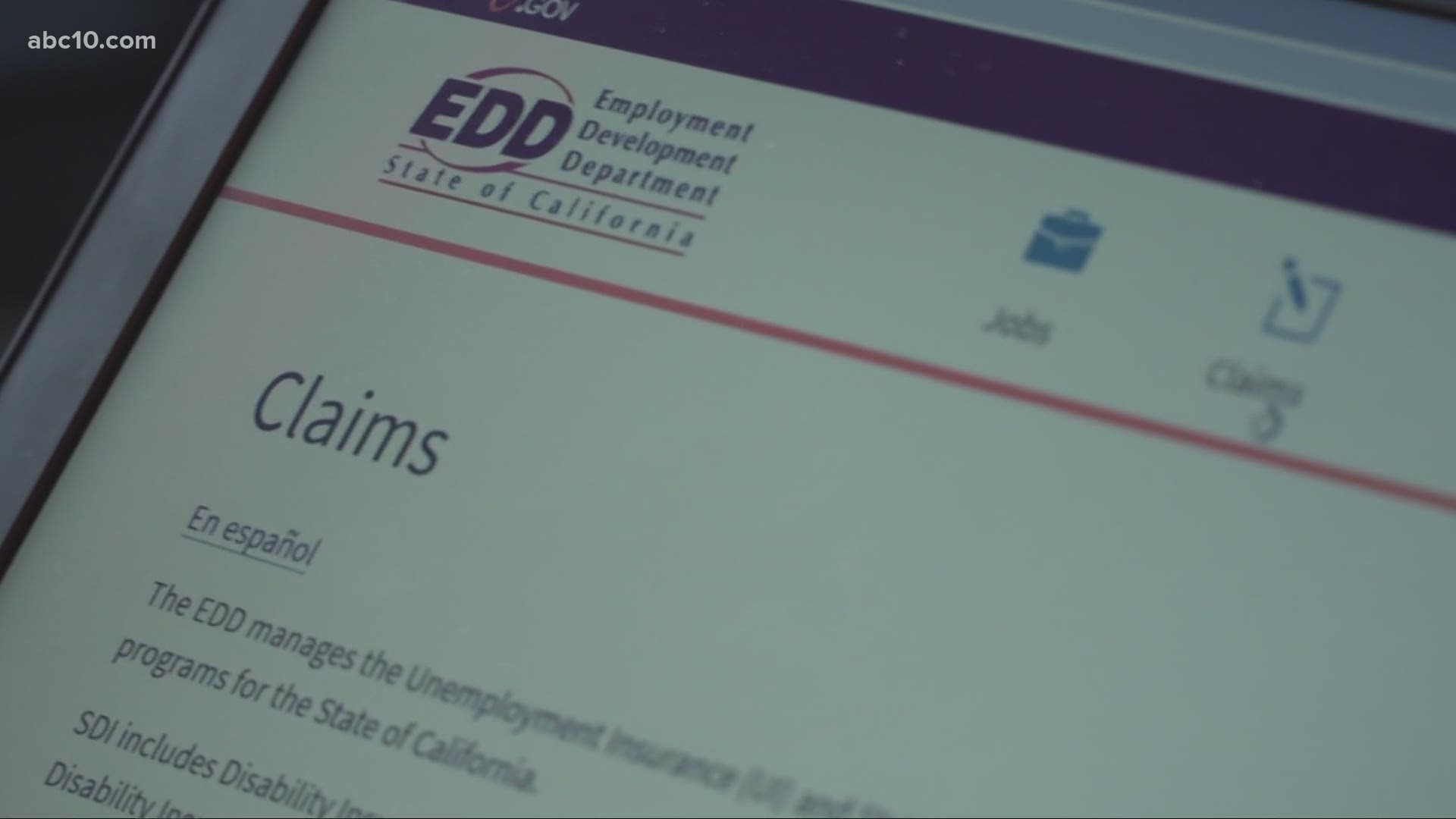 Sam Conant's unemployment benefits ended on March 15. He is now trying to find out if he is eligible for a continuation.

The problem is that he can't get a hold of anyone at the Employment Development Department's office, and his specific questions are not answered on the department’s website.

"Whoever does get through [phone lines] just hit the lottery because it’s hard to talk to somebody at this time," Conant said. "I called all the numbers that they give you."

ABC10 tried asking the EDD specific questions from viewers, but department officials said it didn't have someone available to talk with us until Friday.

Still, part of the reason is because there have been more people across the country file for unemployment in the last three weeks than the last recession produced more than two years ago.

New numbers from the U.S. Department of Labor show 6.6 million Americans filed for unemployment benefits last week, which means about 16.8 million people have been put out of work in the last three weeks.

In California, about 2.3 million unemployment insurance claims have been processed in the last four weeks, more than the total number of claims filed in 2019.

Conant says he understands a lot of folks are trying to call, but he is worried he could miss out on some much-needed benefits.

Likewise, Jose, a Sacramento County man who did not want to give his last name, says he is self-employed, and because of the stay-at-home order, he has not been able to work.

RELATED: 16.8M Americans thrown out of work as economic toll of virus rises

He says his girlfriend has also been furloughed because of the coronavirus. He filed for unemployment through the EDD’s website a few days ago, but he never heard anything from the department after receiving the initial email informing him that his application was submitted.

Because of the limited information, Jose decided to call the EDD line to try to get a hold of someone that way.

"I called a total of 39 times and there was no answer," Jose said.

At this point, he says nothing is working and he is worried. "There is no money coming in, but the bills keep coming. It's pretty frustrating, and it's pretty scary, too," Jose said.