“Simply said, California cannot reopen schools unless they are safe,” the state's largest teachers union wrote in a letter to state officials this week. 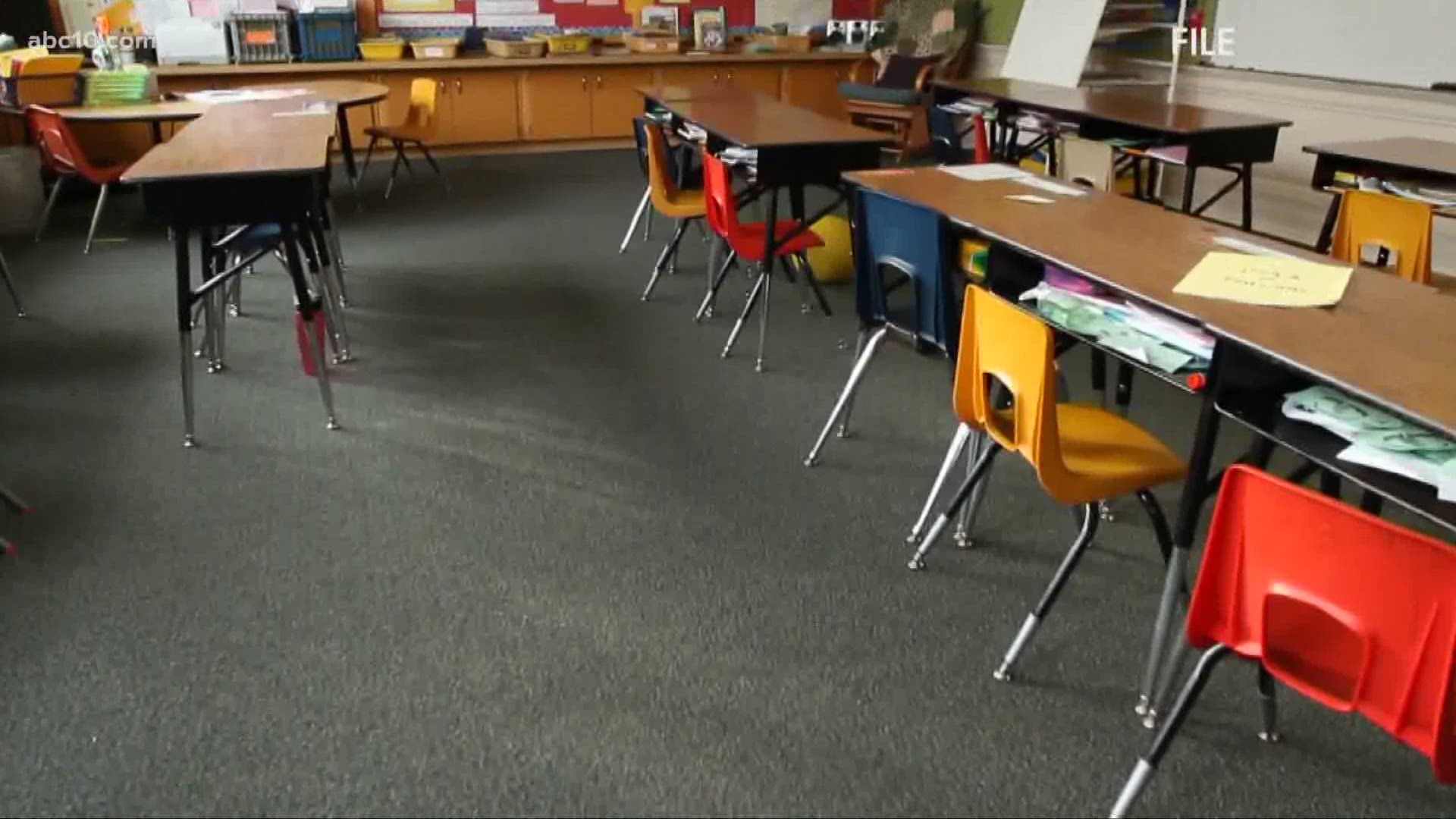 SACRAMENTO, Calif. — California reported its highest single-day count of coronavirus deaths on Wednesday, July 8, a grim milestone reflective of the easing of the state's stay-at-home restrictions. But as cases continue to rise across the state, having almost reached 300,000 cases, school districts are scrambling to prepare for the fall.

The struggle to reopen districts comes as President Donald Trump pushes for schools to open doors despite nationwide spikes in coronavirus cases largely due to the relaxing of guidelines against the wishes of many of the country’s top health professionals.

But in California, where teacher’s unions yield more power in those types of decisions, the likeliness of reopening schools fully in the fall is more questionable than not.

The California Teachers Association, the state’s largest teacher's union, launched a campaign Thursday calling for more funding from the state, pushing back against efforts to physically reopen schools until coronavirus spread slows down and schools have the resources they need to operate safely.

“Simply said, California cannot reopen schools unless they are safe,” the CTA wrote in a letter to state officials this week.

The union is calling for robust online learning instead of hybrid models that would allow people on campus part-time.

Locally, the Vacaville Unified School Board adopted a hybrid model, doing some in-school and some distance learning. But others are still exploring options.

West Sacramento's Washington Unified School District board, which met virtually Thursday, is pushing to be 100% virtual learning to mitigate coronavirus spread in its schools. Days ago, the district sent staff at River City High School a notice notifying them of coronavirus exposure earlier this week.

The Sacramento City Unified School District is now releasing its own plan to reopen schools in the fall. The plan largely mirrors the recently released guidelines from the Centers for Disease Control and Prevention, which calls for safety measures like masks, 6 feet of spacing between desks, open windows, and avoiding the cafeteria and playground equipment.

The district is expected to present its plan to the school board on July 16.

But David Fisher, president of the Sacramento City Teachers Association, said Thursday that opening schools too early is a “matter of life and death.”

Given the upward trajectory of infections and hospitalizations, the CTA said it wants science and data to drive the decision making, demanding Cal/OSHA to set standards. The union is also calling on the state to pay for stepped-up safety protocols like personal protective equipment.

Anna Gutierrez, a SCUSD teacher, said she’s torn because some of her students are homeless or are without internet connection. For those students, in-person teaching is better for their educational and emotional needs

Regardless, she said that schools are not ready to reopen.

But if it comes down to it, and schools do reopen despite the coronavirus pandemic looming over lesson plans, Gutierrez said she would be back in the classroom.

"It's a sacrifice I'm willing to take,” she said.

Chris Thomas contributed to this reporting.