Organizations and elected officials are calling on Newsom to cancel rent and mortgage during the pandemic, which has put 3.7 million Californians out of work. 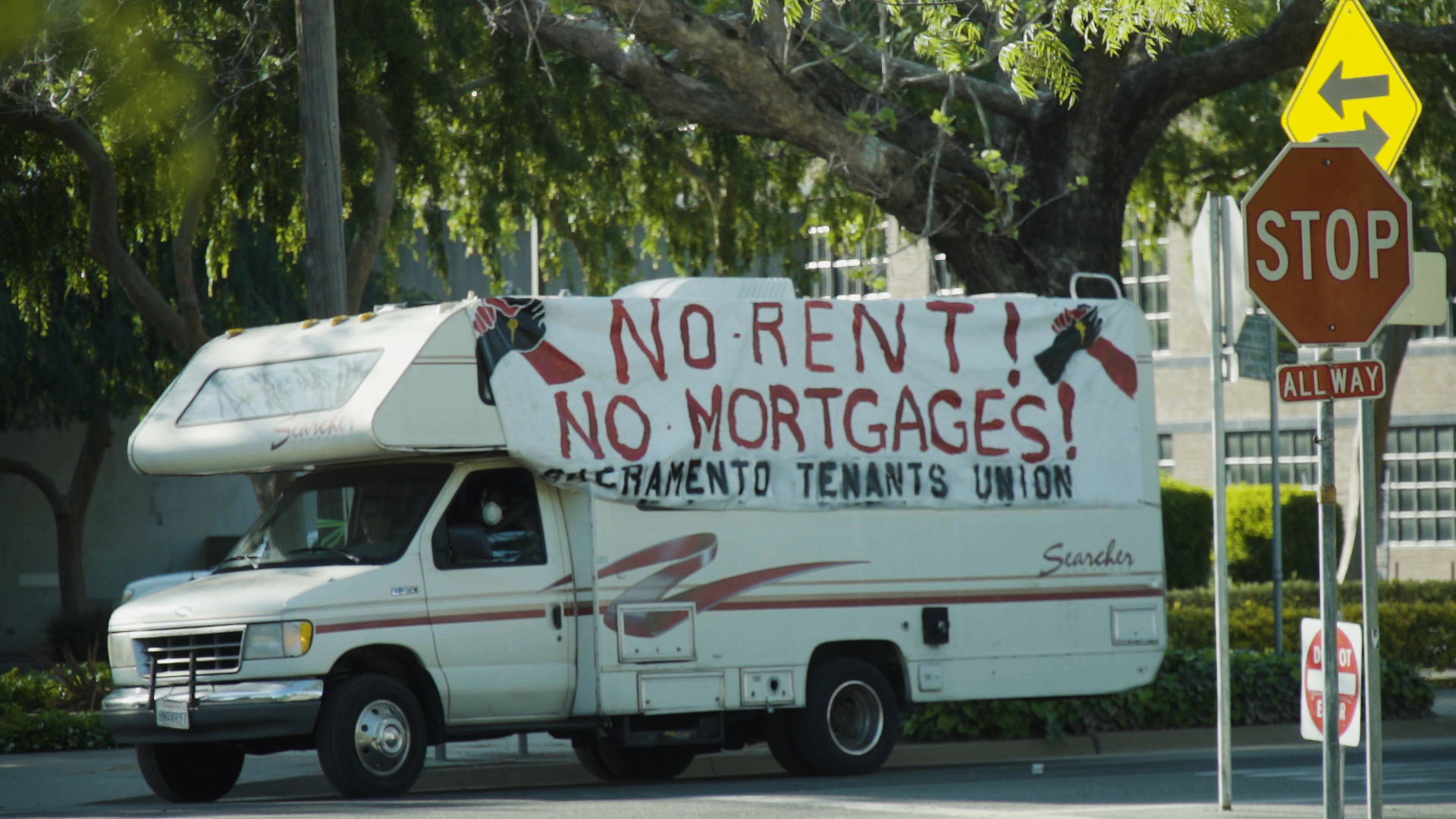 SACRAMENTO, Calif — It's the first of the month, and rent is due. Mackenzie Wilson, a member of the Sacramento Tenants Union, worries how they're going to make ends meet since the coronavirus pandemic limited their ability to work.

"It cut my income in half," they said. (ABC10 will refer to Wilson as they/them throughout this story, as those are the pronouns to which they identify.)

Wilson runs a legal services nonprofit, and when the courts closed and stay-at-home orders began in March, they didn't have the money to pay their landlord.

"He pretty much told me, 'We can start the debt calculations right now. We can start keeping counts on what you owe me,'" Wilson explained. "When I told him I wasn't going to be able to afford that, he told me that I'm going to have to kick rocks. So I gave him my 30-day notice and have already had to move in the middle of a pandemic."

At the beginning of April, Wilson moved to a room in a house in Sacramento’s Oak Park neighborhood but says they're still cutting corners to afford the rent there. Wilson said they worry about paying the bills this month, and the next, and for who knows how long this will go on.

They're not alone in those worries.

The Sacramento Tenants Union is just one of many organizations and elected officials across the state asking Governor Gavin Newsom to cancel all rent and mortgage payments in response to the COVID-19 pandemic that has put at least 3.7 million Californians out of work.

"How are we supposed to come up with the extra money to catch up on these debt payments," Wilson asked.

The Governor has put a stop to evictions for now, and the courts won't hear any eviction cases until 90 days after the state of emergency ends. But what happens after that?

If you can't pay your rent, you're supposed to notify your landlord in writing.

Sid Lakireddy, President of the California Rental Housing Association or CalRHA, says that he's been working with his tenants to adjust their rent.

"We just abated the rent for April and May for those people who are truly COVID-affected," Lakireddy said.

Landlords can adjust the rent however they choose, but as of now there are no state policies that say they must work with tenants affected by the pandemic.

Lakireddy is against the idea of canceling rents and mortgages.

"This isn't going to work. We still have to make payments and whatnot," said Lakireddy.

He does, however, want clearer policies at the state level about how to handle rents and mortgages, since it can vary by city and county. Lakireddy says that CalRHA, which comprises "more than 22,000 mom-and-pop property owners in the state of California," wants a renter's assistance program for those who can prove they've been affected by the pandemic, and a clear plan on how landlords can collect back-rent from tenants.

"What we're asking for is it be paid over six months or some period of time, and they get 30 days after the emergency is over to start making their payments in full again," Lakireddy said.

Katie Valenzuela, who takes office in December as Councilwoman of Sacramento's 4th District, thinks asking tenants to be responsible for back-payment of rents when they've been unable to provide for themselves in the pandemic will have long-lasting negative impacts.

"I feel very strongly that we don't want to saddle folks with debt by forcing them to pay that back," said Valenzuela, who, like many of her constituents, is a renter herself.

"I also recognize that landlords need to make those ends meet, too, and a lot of landlords rely on those rent payments to pay for their essential bills," said Valenzuela as to why she believes canceling mortgages is also essential. "I think let's help everybody for the next few months until we get out of this. We can ease the strain on everybody involved and not exit this with people in debt."

Even with the Governor's new plan to reopen California, it will likely be months before many can go back to their jobs. A bigger question is, how many will have a job to go back to?

Economists at UCLA project double digit unemployment numbers in the state through 2021, only dropping down to a still whopping 8.4% in 2022.

When asked how a tenant can be expected to pay every month of rent after being unable to work due to the pandemic without going into debt, Lakireddy responded:

"Ultimately it comes down to if you occupy a place, can you afford to make those payments on the place you live? And if they can't they need to find alternative housing arrangements."

Valenzuela worries that the only alternative housing arrangements many will be able to find after this crisis will be on the street.

RELATED: Does mortgage forbearance and deferment affect your credit?

"If you get an eviction notice, not only does that make it hard to find housing, because obviously landlords aren't too keen to bring in someone who's had an eviction in their past," Valenzuela said, "you might not even have the income to find a new place. Now we're looking at an increase in homelessness."

Californians aren't the only ones asking to cancel rent and mortgages. All over the country people are asking their states and the federal government for relief.

When asked, Newsom did not say he will cancel rent and mortgages. He referenced the 90-Day Mortgage Forbearance he introduced in March, saying, "We've made very substantial progress on mortgages."

As for any changes to statewide policy regarding rent and mortgages beyond what is already in place, Newsom said, "We will continue to consider doing more."

"A third of the U.S. did not pay rent in April," Wilson said. "Do you know how many of us aren't going to be able to pay rent in May?"