Sacramento Economic Council: Going back to work too soon could hurt economy

The CEO and president of the Greater Sacramento Economic Council says we need to do our part in flattening the curve and end 2020 strong. 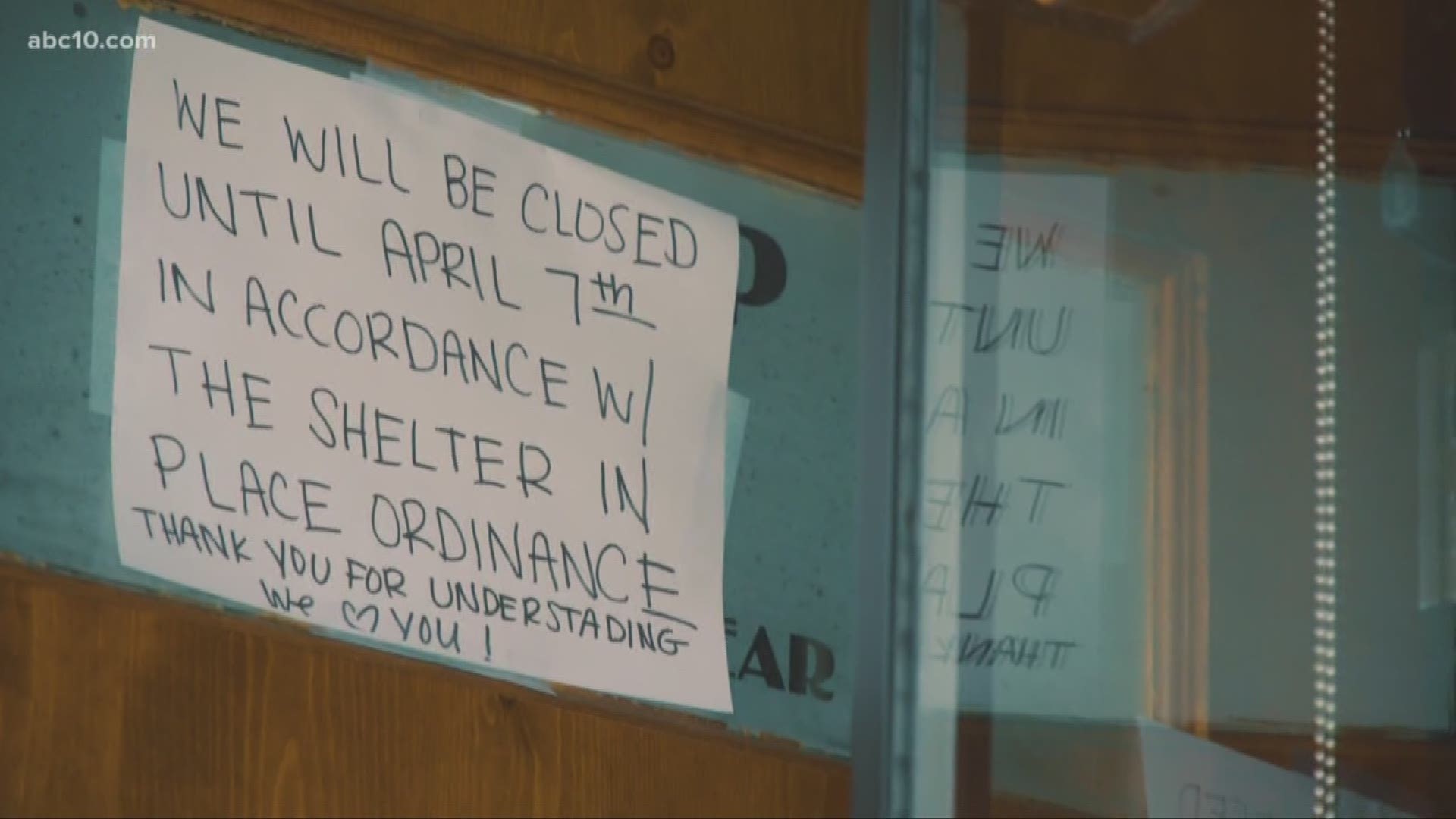 SACRAMENTO, Calif. — Many businesses nationwide are temporarily closing to slow the spread of coronavirus.

While President Donald Trump hopes to have everything up and running by Easter, California Gov. Gavin Newsom says the state is moving in a different direction.

"I have no trepidation that whatever he decides to do from a national prism will get in the way of our efforts here at the state level to do what we need to do to hit this head on,” Newsom said in a press conference Monday.

Newsom added that California will be working to "bend the curve" no matter what Pres. Trump decides nationally.

Which is what many worry about — opening up the country by Easter.

"I think everybody shares [Trump's] frustration and his hope but what he needs to do is avoid second wave and reinfections,” Bossert said.

More than 372,000 cases of COVID-19 have been reported worldwide, and more than 16,000 people have died, according to the latest numbers by the World Health Organization.

In the United States, which currently has the third most confirmed cases in the world behind China and Italy, has more than 42,000 cases with 471 deaths.

In Sacramento County, at least 88 people have tested positive for the virus and four have died. The virus has kept thousands of people in the area at home and out of work as the state continues to try to mitigate the spread of COVID-19.

Barry Broome, CEO and president of the Greater Sacramento Economic Council, says going back to work sooner could actually hurt us in the long-run.

"The worst thing that could happen to us would be for us to come back too soon and reboot the spread of coronavirus and have to shut down the economy back down in June and July," Broome said. "That could set us five to 10 years."

Still, Broome says if the state continues to do its part in flatting the curve, the economy will be OK — especially the greater Sacramento area.

"This in the short term is more stark and troubling than 2008, but 2008 had a seven to 10-year drag," said Broome of the outcome of the Great Recession. "And most economists are predicting this to be a six to nine-month drag, and then they're going to see 2021 be a very strong year."

With companies like Kaiser Permanente breaking ground on a $2 billion facility at the Sacramento Railyards to Centene opening in Natomas with up to 6,000 jobs, Sacramento is set up to come out of a slump better than it was coming out of the Great Recession.

"As long as we stay confident of the public measure behind us and step on the gas," Broome said. "The mistakes we made in 2008, we set out for recovery and added years of pain to the Sacramento region. We're not gonna do that this time."