Playgrounds still closed as restaurants, churches and salons get the green light to reopen

Park officials are hoping stage 3 will give them the green light to reopen playgrounds, but the process will be slow. 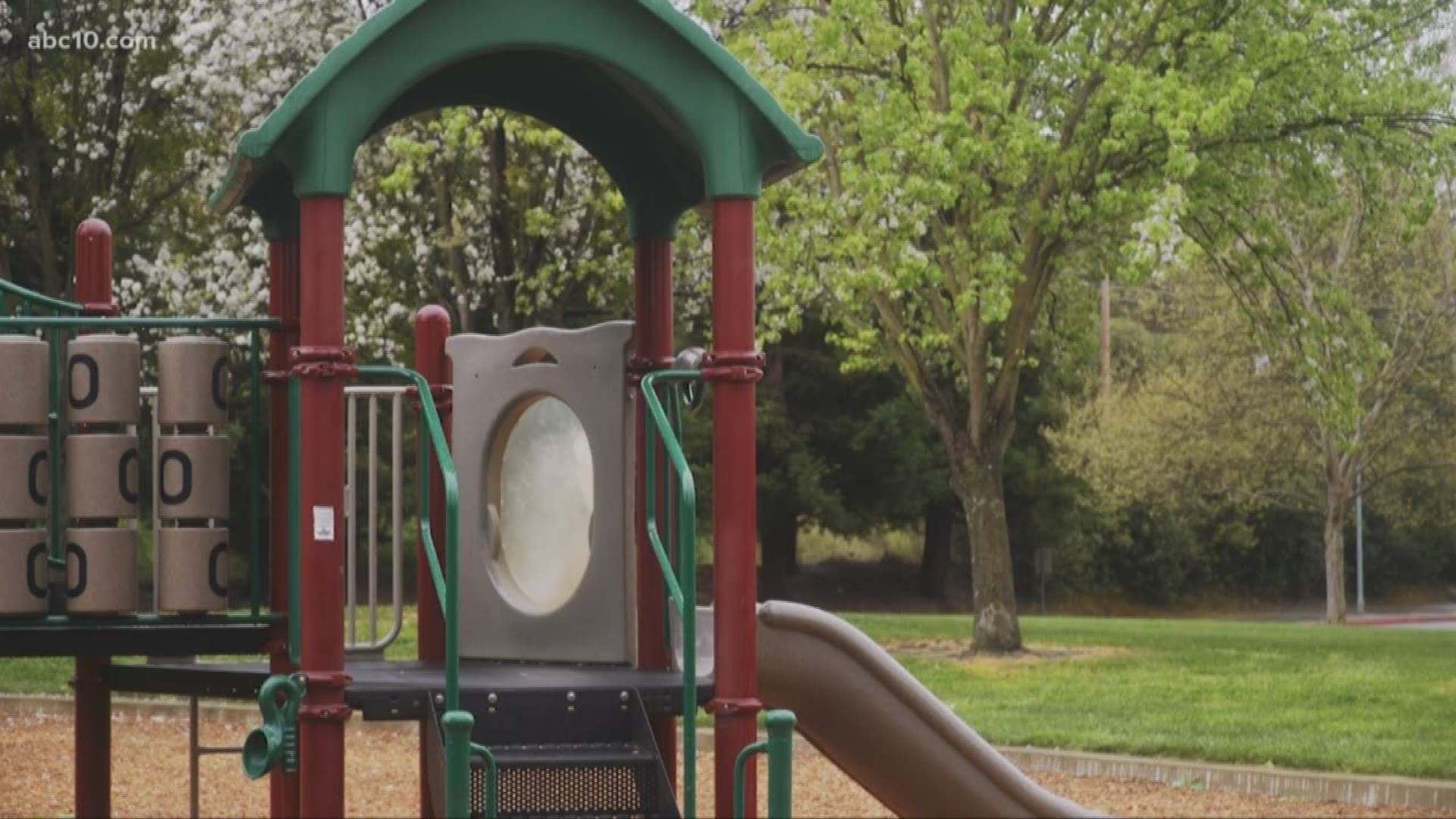 SACRAMENTO, Calif. — Neighborhood playgrounds, some wrapped in caution tape or locked behind gates, remain closed in the wake of the coronavirus pandemic. As summer quickly approaches, many are looking longingly to these play spaces to reopen.

Though a precise date is still unclear, parks administrators are holding out for announcements of stage 3 of California's reopening plan.

"We are also assuming the playgrounds are in stage 3," said Pam Allen, Roseville's Parks, Recreation & Libraries communications specialist. "They are specifically listed as not being in stage 2, but aren’t listed as included in a particular stage."

Many local parks in the Sacramento area are open, though not all. Parks amenities, on the other hand, such as playgrounds, drinking fountains, picnic areas, and fitness stations remain closed until the state issues further guidance.

Credit: KXTV
The City of Roseville closed playgrounds and picnic areas to help slow the spread of COVID-19.

For the city of Sacramento, outdoor park spaces and trails are available to residents practicing approved activities, such as walking, jogging, biking, or relaxing.

The Youth, Parks & Community Enrichment department in Sacramento has also announced that they are developing plans to offer as many summer programs as possible, including Camp Sacramento, while following safety measures.

However, some local parks and recreation departments differ on what they have opened to the public in the meantime.

Public restrooms, in particular, are a vague area.

For example, the city of Roseville maintains their public restrooms at all parks and keeps them open to public use. Similarly, all Elk Grove parks are open, as are public restrooms.

However, Stockton has 67 parks and all restrooms have been closed due to lack of supplies and ability to sanitize.

For Stockton parks, the uncertain outlook is similar to other areas. According to Stockton Community Relations Officer Connie Cochran, the county awaits an update on previously submitted variance attestation.

"We are anticipating some things, based on guidance issued thus far," Cochran said. "However, we will need to adjust, as needed, so there will likely be a delay between state guidance and then a gradual or phased approach."

Playgrounds are hard to sanitize and even harder to monitor for safe social distancing. With dozens of children playing at the same time and then going home to their older guardians, there is a serious concern of spread.

According to Cochran, once the city gets the green light to reopen, it will be a slow transition.

Steve Sims, director of Parks and Neighborhood Services for the Cosumnes Community Services District, said all playgrounds within our 98 parks were sanitized since the playground closure went into effect and closed using caution tape and signage.

"Upon reopening, we will post signage in the parks that encourage park patrons to follow the COVID-19 related self-sanitizing and social distancing protocols. In addition, our Park Rangers will visit parks to educate park patrons on the recommended protocols intended to keep our community healthy and safe," Sims said.

The City of Roseville is looking to make some upgrades to Mahany Park, including a paved, multi-use trail.