Each flag represents 10 people in the U.S. who have died due to the pandemic. The U.S. has the largest death toll by far of any country. 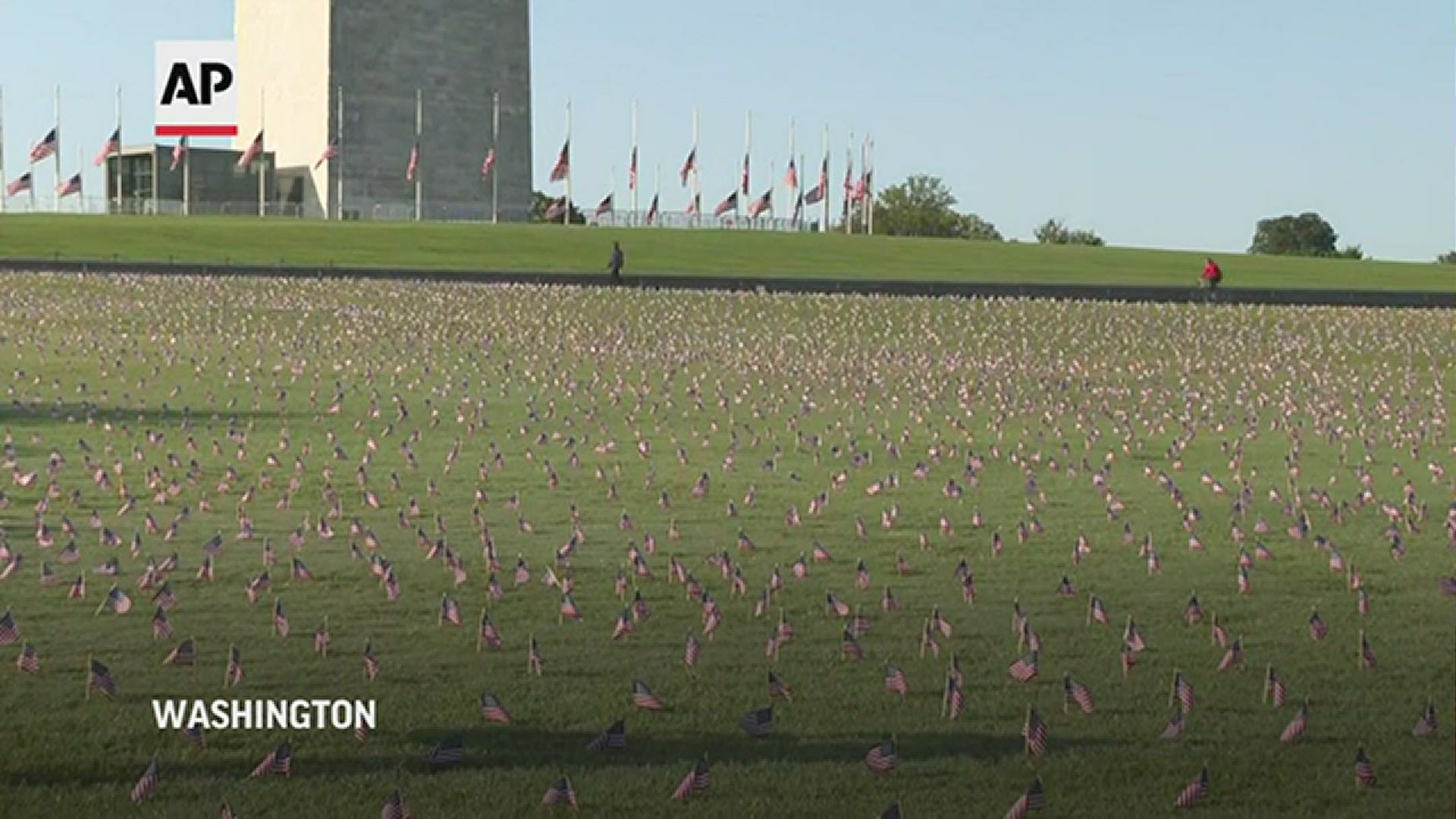 Flags were planted on the grounds near the Washington Monument Tuesday to mark the grim milestone of 200,000 people dead from the coronavirus in the United States. Each of the 20,000 flags represents 10 people who have died due to COVID-19.

"It's almost incomprehensible, the level of anguish," said Sister Campbell.

"To me, it is also incomprehensible that we have no national plan, no national help for our people. No national approach to coordination of testing and treatment. It's shocking that our people died uncared for."

RELATED: VERIFY: Why COVID-19 isn’t the only listed cause of most coronavirus-related deaths

The bleak milestone is by far the highest confirmed death toll in the world. And is, according to Johns Hopkins, based on figures supplied by state health authorities.

The real number of dead is thought to be much higher, in part because many COVID-19 deaths, especially early on, before widespread testing, were probably ascribed to other causes.

"This was preventable," said Pelosi.

"Not all of it, but much of it. And what could be lost in the future is preventable, too, if we embrace science, science instead of politics. At the Center for Disease Control, great scientists, they're demoralized by the political overturning of recommendations to save lives."

Credit: AP
Activists from the COVID Memorial Project mark the deaths of 200,000 lives lost in the U.S. to COVID-19 after placing thousands of small American flags on the grounds of the National Mall in Washington, Tuesday, Sept. 22, 2020. (AP Photo/J. Scott Applewhite)

Worldwide, the virus has infected more than 31 million people and killed over 960,000, by Johns Hopkins' count, though the real numbers are believed to be higher, in part because of limited testing and reporting.

The U.S. has less than 5% of the globe's population but more than 20% of the reported deaths.

"We do have a plan," Pelosi said. "It's a comprehensive plan about testing, tracing, treating, spatial distancing, wearing masks, sanitation. It's based on science, not politics. And it has been ignored, by some of the powers that be, but if we embrace it, we can save lives."