From shattered career prospects to pay cuts and sudden shift work, the pandemic is forcing skilled labor and middle-class workers into lower wages and gig jobs. 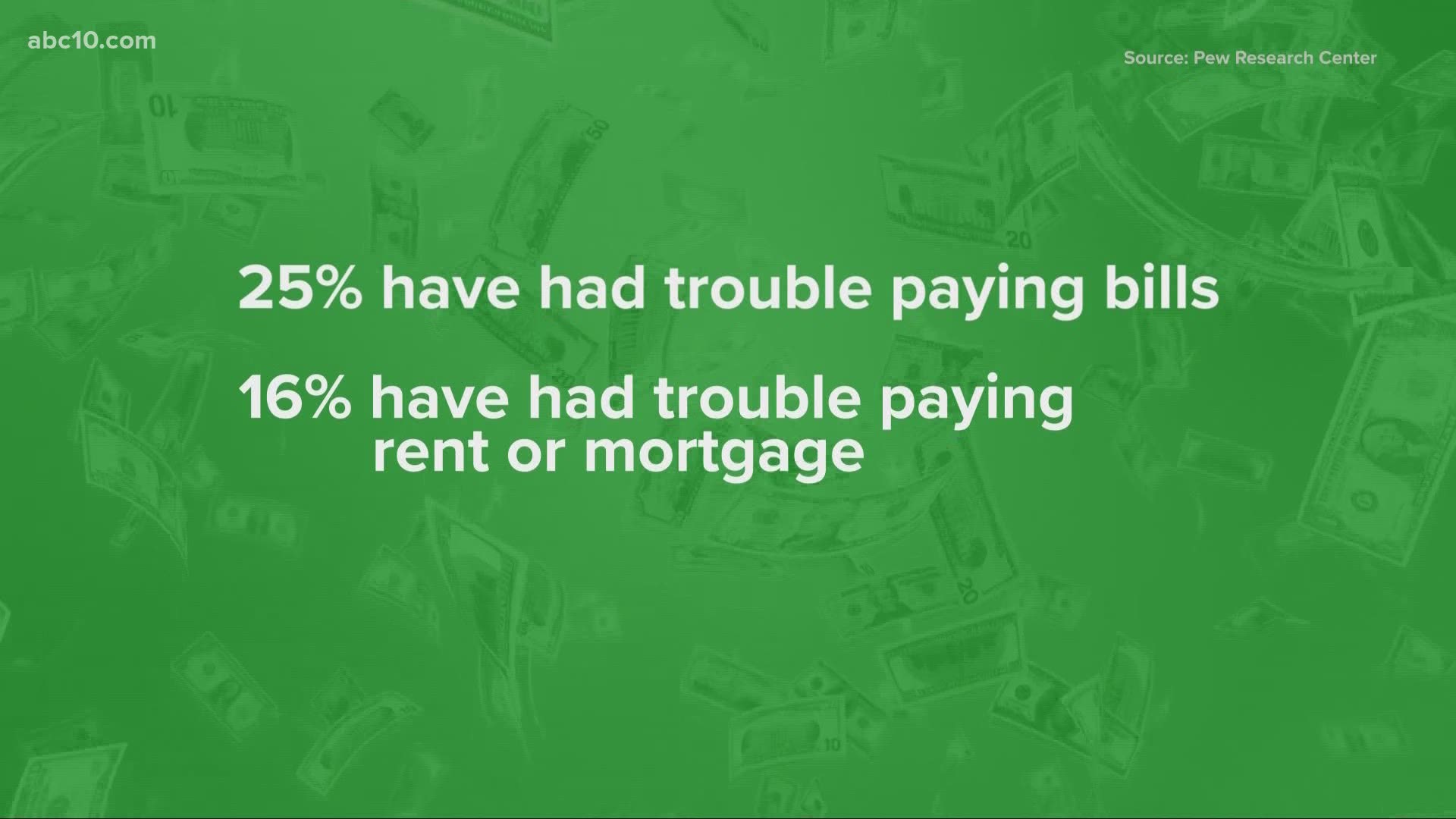 SACRAMENTO, Calif. — Californians need income and fast. Thousands of people who weathered the initial storm of pandemic shutdowns have started the hunt for new work. Faced with the most unforgiving job market in recent history, many are turning to the few industries hiring. Often, they’re the ones on the front lines.

A record number of Californians — more than 8 million — have filed first-time unemployment claims since March. The lucky ones managed a lateral career switch without too much financial damage, but as personal savings and emergency unemployment benefits run dry, an increasing number of middle-income and white-collar workers can’t afford to wait for their old jobs to return.

“There’s so many overqualified people who’ve lost their jobs applying,” said Debra Feleke, the hiring manager for a Safeway district that includes 21 stores in Alameda and Contra Costa counties. “Professors, I’ve had people with doctorates and masters. It’s really quite astounding.”

As more Bay Area counties move from the state’s “widespread” purple coronavirus tier to the less restrictive red tier, economists expect businesses to reopen and employment to rise. But thousands of jobs simply won’t come back.

Hardest-hit by early pandemic closures were low-wage workers in the service and retail industries, but as those sectors start rehiring, others are expected to face long-lasting cuts, including DJs, waiters, airport staff, event planners, and tour guides.

In the last 12 months, the state’s arts and entertainment industry lost more than 1.5 million net jobs, according to a report from the Center for Jobs and the Economy.

“These jobs are gone for a long time. Maybe you’re forced to do deliveries, work with Amazon. But then you’re overqualified, or you have a mismatch between your skills, your experience, and what you’re getting at your new job.” said Sylvia Allegretto, a labor economist and co-chair of the Center on Wage and Unemployment Dynamics at UC Berkeley.

The state’s unemployment rate in August was 11.4 percent, far higher than the nation’s. Data shows new applicants for unemployment assistance in August tended to be older and more educated  — and a larger share identified as White, according to a report by the California Policy Lab at UCLA and the California Employment Development Department. While 39 percent of the state’s labor force has filed for unemployment at some point since March, among Black workers the rate was 68.4 percent. For Latinx workers, it was 30.8 percent.

Drawn-out economic crises like the Great Recession, Allegretto says, typically hit white-collar workers and the middle class first but end up falling on the shoulders of poorer, less-educated workers over time. “We’re seeing this play out (now) too although it might be a bit reversed: White collars who weathered the initial storm may have been able to do it for six months, but not for eight.”

Nearly 40 percent of people who claimed unemployment in August didn’t think they’ll get their old jobs back, compared to 10% in March, the report said.

“What’s left for those folks is they can either skill up, if they have the means, or downgrade,” said Michael Katz, regional coordinator for East Bay Works, a workforce development network that helps people find employment. “People who can’t afford not to make money while they’re getting trained are going to get what’s available, and that’s going to be lower-wage, higher-risk jobs.”

Notwithstanding the tech sector, which is still hiring, and a spike in demand for government jobs largely driven by temporary census work, essential jobs make up most of the positions available, economists say.

Chain restaurants, warehouses, manufacturing, and retail and grocery stores are hiring en masse: at the large Pak’N Save Safewayin West Oakland, Feleke hires dozens of people a week but the Pak’N Save still has hundreds of applications from folks whose financial needs outweigh the chance of contracting the deadly virus as an essential worker. “It’s a risk we take,” said Feleke.

When Sarah Kane told her boss in February that she wouldn’t be returning next year as performing arts director at Notre Dame High School in San Jose, she was confident she’d find new work. Kane has an auto-immune disease and the long hours standing had become too much. She started applying to three jobs a week.

But by the time school and her job ended in June, the world had changed. The 30-year-old master’s graduate from NYU found a summer job as a drama camp counselor. When that ended, she signed up online to become a “pod tutor” supervising small groups of K-12 students attending virtual school, making roughly $3,300 a month. For immunocompromised Kane, bouncing from house to house to meet students is far from ideal. “There’s way more COVID risk,” Kane said. “If I get it, I think it will knock me out enough that I may never be able to teach again.”

After deducting the $400 a month she now pays for health insurance, Kane estimates she’ll make about $38,000 before taxes this year. In her old job, she earned about double that.

As workers become less stable, gig work and “headhunter agencies” that contract out temporary workers will become more common, an already noticeable trend, according to Kris Stadelman, director of NOVA, a job center that matches job seekers with employers.

The pandemic is quickly reshaping the Golden State’s workforce. Although early government programs might have delayed the hit to California’s already-shrinking middle class, many skilled workers are now downgrading and taking lower wage, essential jobs on the front lines of the pandemic. But as they step down the economic ladder, Allegretto warns it will likely put more pressure on those at the bottom rung of the labor force.

“And then the other question is: Are you taking away those jobs for the workers better situated for those jobs?”

Laurence is a reporter with The Mercury News. This article is part of The California Divide, a collaboration among newsrooms examining income inequity and economic survival in California.