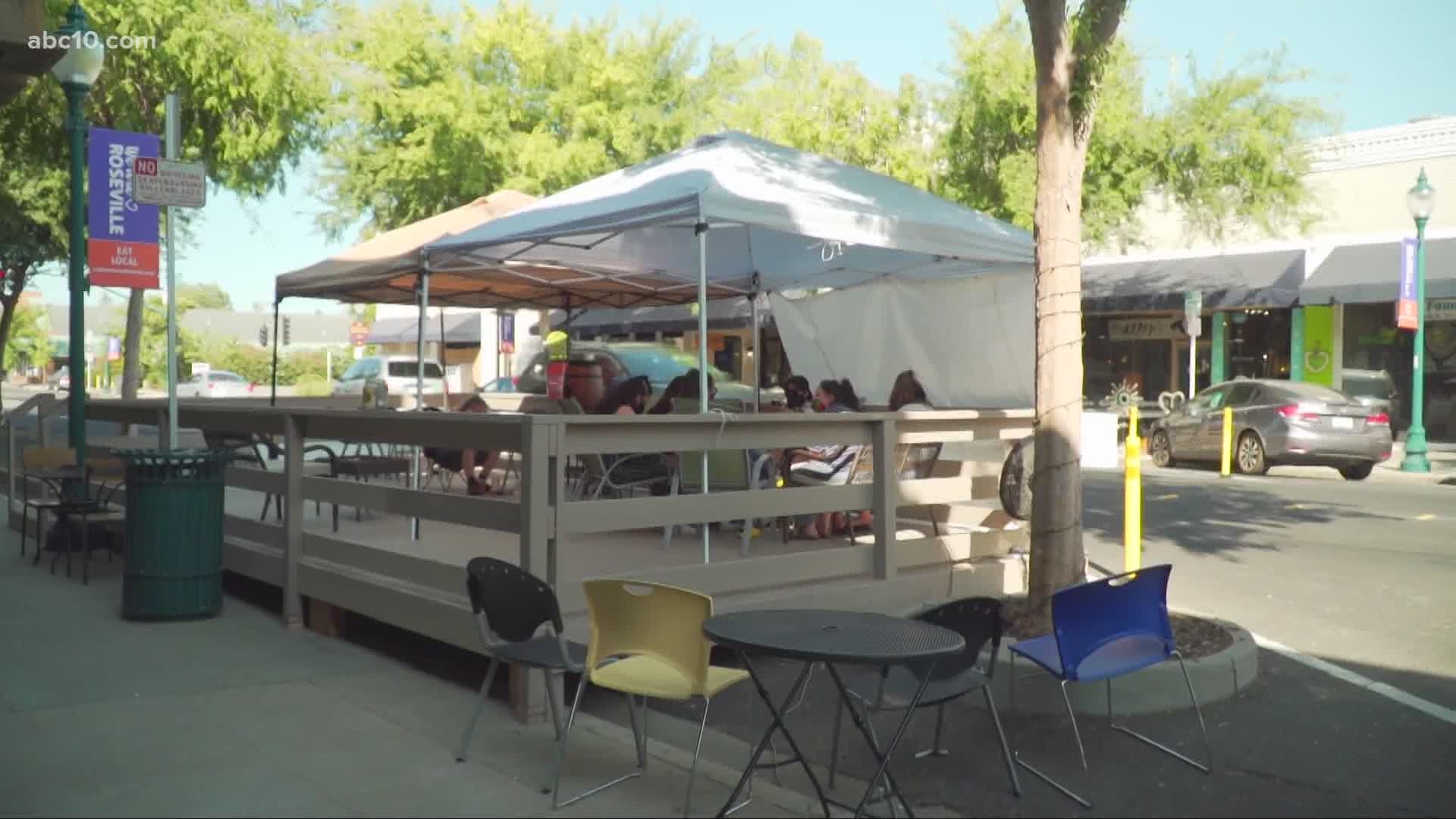 SACRAMENTO, Calif. — UPDATE: Acting State Health Officer Dr. Erica Pan with the California Department of Public Health said in the weekly tier update Stanislaus and El Dorado counties would move to more restrictive tiers; however, the counties reported they entered the process of appealing its tier status with CDPH.

During the appeal, Stanislaus and El Dorado counties are to remain in the red and orange tier, respectively, according to CDPH. The state should make its decision on the counties' appeals by Nov. 17.

ORIGINAL STORY: In the past three weeks, Sacramento County and other counties in Northern California have seen a rise in coronavirus cases; at first, it was a small rise, but now it's too big to ignore.

The California Department of Public Health announced Tuesday Sacramento, Stanislaus, Placer and other counties in the region went back to a more restrictive tier. Yolo County did not move tiers and remained in the red tier.

A total of five counties in the Sacramento region moved tiers:

Six counties could move to a more restrictive tier in the next tier update planned for Nov. 17:

Because it's adjudication application last week was denied, Placer County technically moved to the red tier last week on Nov. 4. The county's continued raised case rate is now at risk of moving the county to the purple tier in two weeks should it remain high.

Acting State Health Officer Dr. Erica Pan with CDPH said in the weekly tier update Stanislaus County would move to the purple tier; however, Stanislaus County reports it entered the process of appealing its tier status with CDPH. The county said in a press release that there are factors other than the numbers to consider that should keep the county in the red tier.

During the appeal, Stanislaus County is to remain in the red tier according to the county's press release. CDPH should make its decision by Nov. 17.

Colusa County could also move to the red tier next week should its case rate remain high. It just moved to the orange tier last week.

In every tier, people should be wearing a mask in most public settings, try to stay six feet apart from others, and minimize the number of people you interact with according to the state's guidelines.

Any open school within a county that moved to the purple tier can remain open. Schools that did not open before the county moved back to purple will have to wait until the county returns to the red tier for two weeks before reopening.

For counties moving to the purple tier, here are the businesses that will be open and closed now:

All businesses making changes due to new tier restrictions have three days from Wednesday to make them according to the state. CDPH recommends reaching out to county officials because counties could require businesses to make changes sooner than the state.

Sacramento County businesses should be following purple tier guidelines by Friday at noon, according to the county's Twitter post.