Gov. Gavin Newsom hinted that multiple counties could be moving to a more restrictive tier. 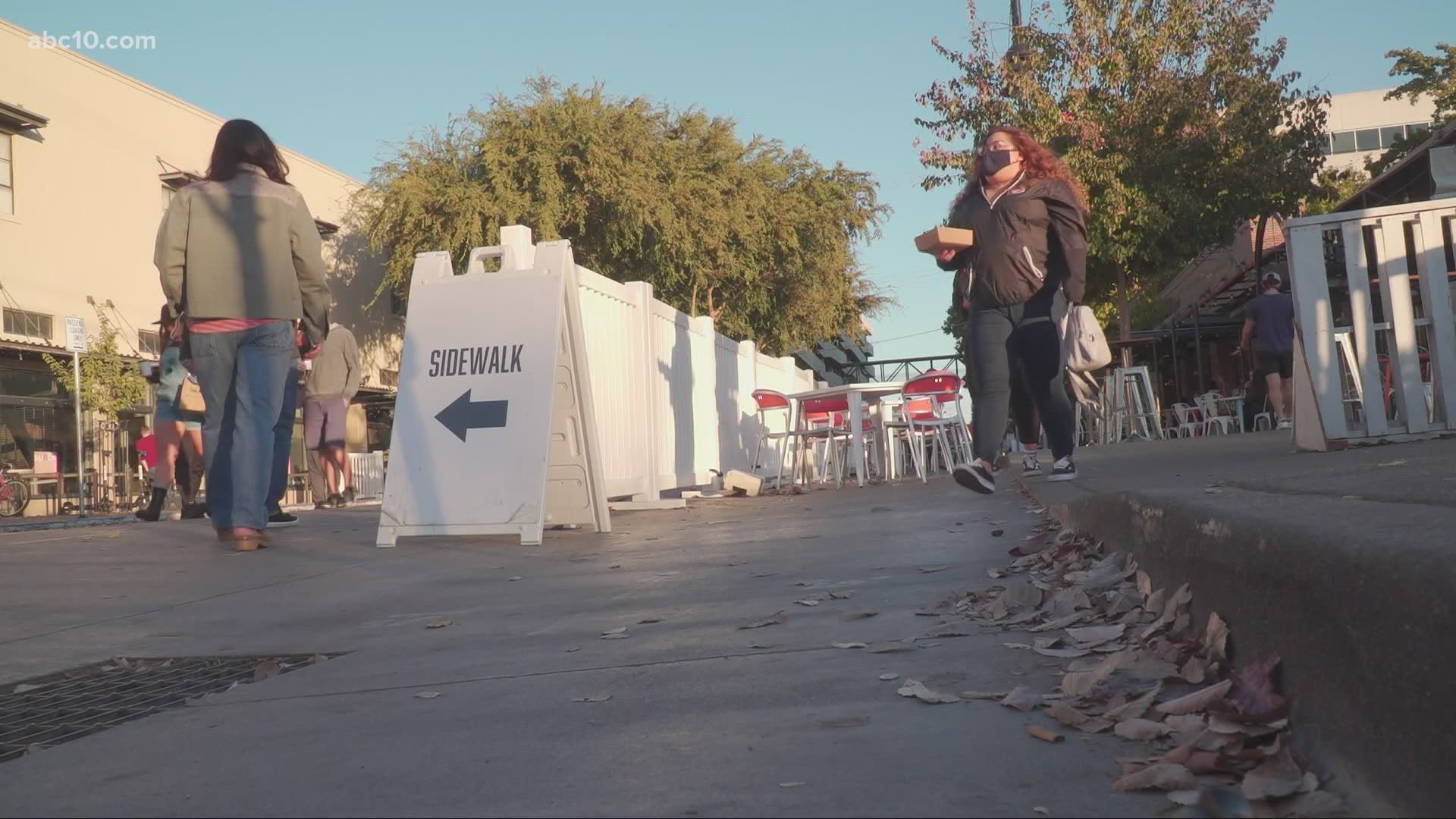 SACRAMENTO, Calif. — Across the nation, there is a rise in coronavirus cases. And in California, multiple counties have also been seeing a rise in case rates and positivity rates.

“I anticipate [Tuesday], you’ll hear from Dr. Ghaly that we will see more restrictive tiering based upon case rates that have begun to increase,” Newsom said.

"Frankly, I look forward to potentially no counties moving forward, but some moving backward," Ghaly said.

According to the data released last week from the California Department of Public Health, six counties in the Sacramento region could be at risk of moving tiers.

Once a county moves to a more restrictive tier, they have 72 hours to close certain businesses and impose more restrictions depending on the tier, per the state's guidelines. The CDPH said counties could decide to require businesses to make these adjustments sooner.

That means bars, nightclubs, and amusement parks will have to close. Schools that haven't gone back to in-person learning will have to wait. Hair and nail salons, retail stores, can operate inside with modifications. And indoor activity will have to shut down again at restaurants, movie theaters, houses of worship, and gyms.

"The problem is this time it's cold outside, so it's going to be harder to stay open outside when people are going to want to be inside [and] stay warm," San Joaquin Public Health Officer Maggie Park said.

Newsom and Ghaly attribute the rise in cases to various causes, but the chief cause was private gatherings and people letting their guard down.

"One of the consistent, I would say, of almost each county that’s having increased transmission, they mention private household gatherings as a major source of spread," Ghaly said.

Park said she understands the news can be upsetting for many. But she said recent case numbers in San Joaquin are rising and that could put them back in the purple tier later this month unless people work to get back on track.

"So all the basics, we just need to get back to doing them again," Park said.

That's social distancing, washing hands, wearing masks, and the big one: avoid gathering with people outside of your family and pod.

With Halloween the likely contributor to a surge in cases, and Thanksgiving weeks away, public health officials say people need to celebrate responsibly and do their best to follow state guidance.

Counties will know whether they are moving to a more restrictive tier or not by the CDPH noon update on Tuesday.