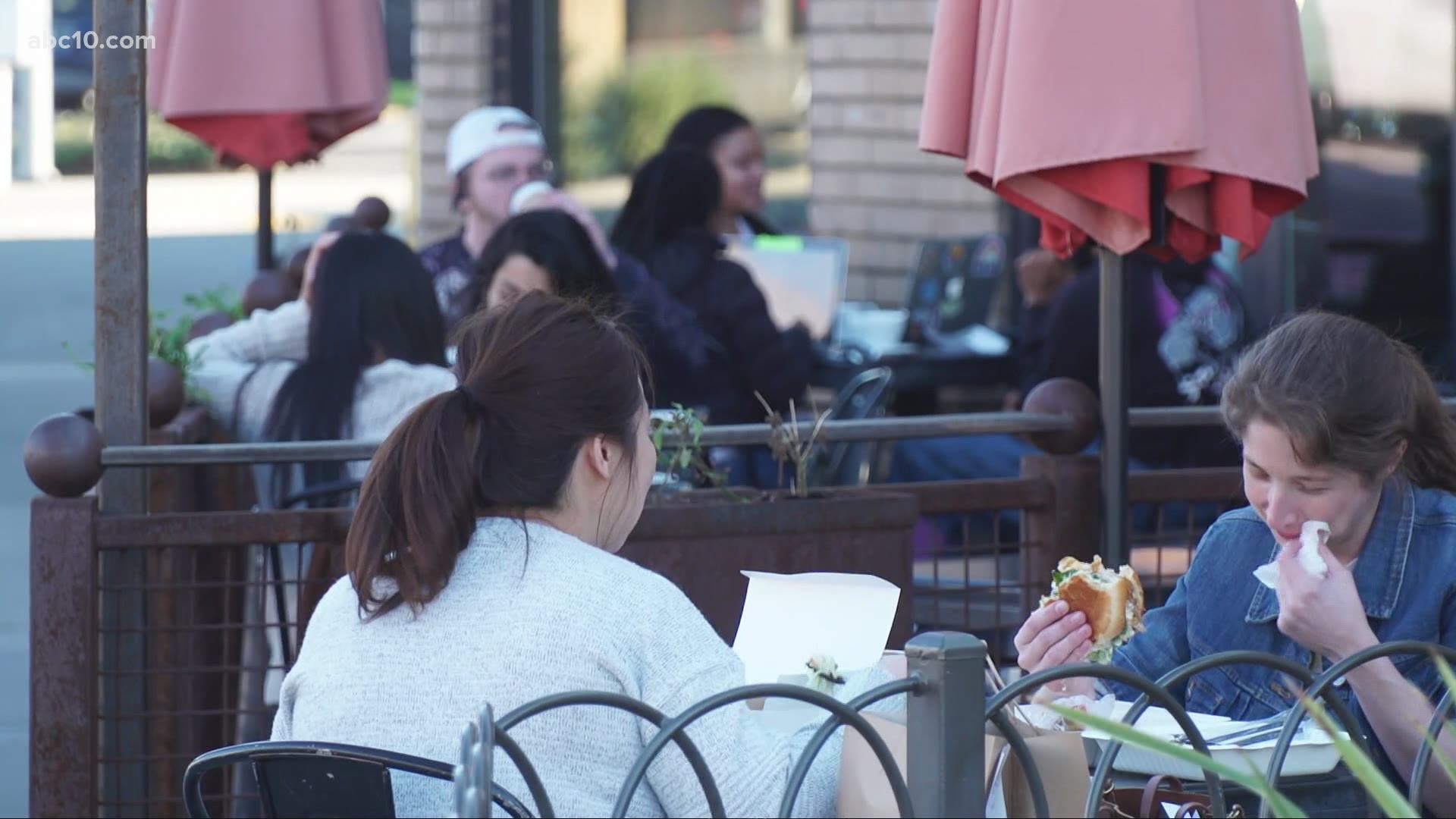 CAMERON PARK, Calif — After 14 weeks in the most restrictive tier, El Dorado County received official notice that its coronavirus positivity rate and health equity metric met the requirements to move to the less restrictive red tier while its case rate remained high.

El Dorado County said in a press release, that while the county's businesses are allowed to make these changes starting March 3, people living in the county need to continue wearing face coverings, distancing physically from others and limiting private gatherings to keep transmission rates in the county low.

El Dorado County's case rate is still high enough to meet the most restrictive tier's standards. The county was eligible to move because of its health equity metric and test positivity rate.

"We were able to make the move to the red tier based on meeting the County’s overall test positivity rate and that positivity rate in our socioeconomically disadvantaged census tracts each for two consecutive weeks." El Dorado County spokesperson Carla Haas said. “Our case rate remains in the most restrictive purple tier, so there is more work to be done."

RELATED: What it means to be in the 'red tier' in California

Nine counties could be eligible to move to the red tier on March 9, should their numbers remain low. Those counties include:

More information about how counties move tiers can be found on the California Department of Public Health website.

5-year-old Noah Schneider left Sutter Medical Center Children's Center after battling COVID-19 while living with Cystic Fibrosis. He was in the hospital for 60 days.