With coronavirus rates trending downward in more California counties, the state is allowing businesses and schools to start reopening with modifications. 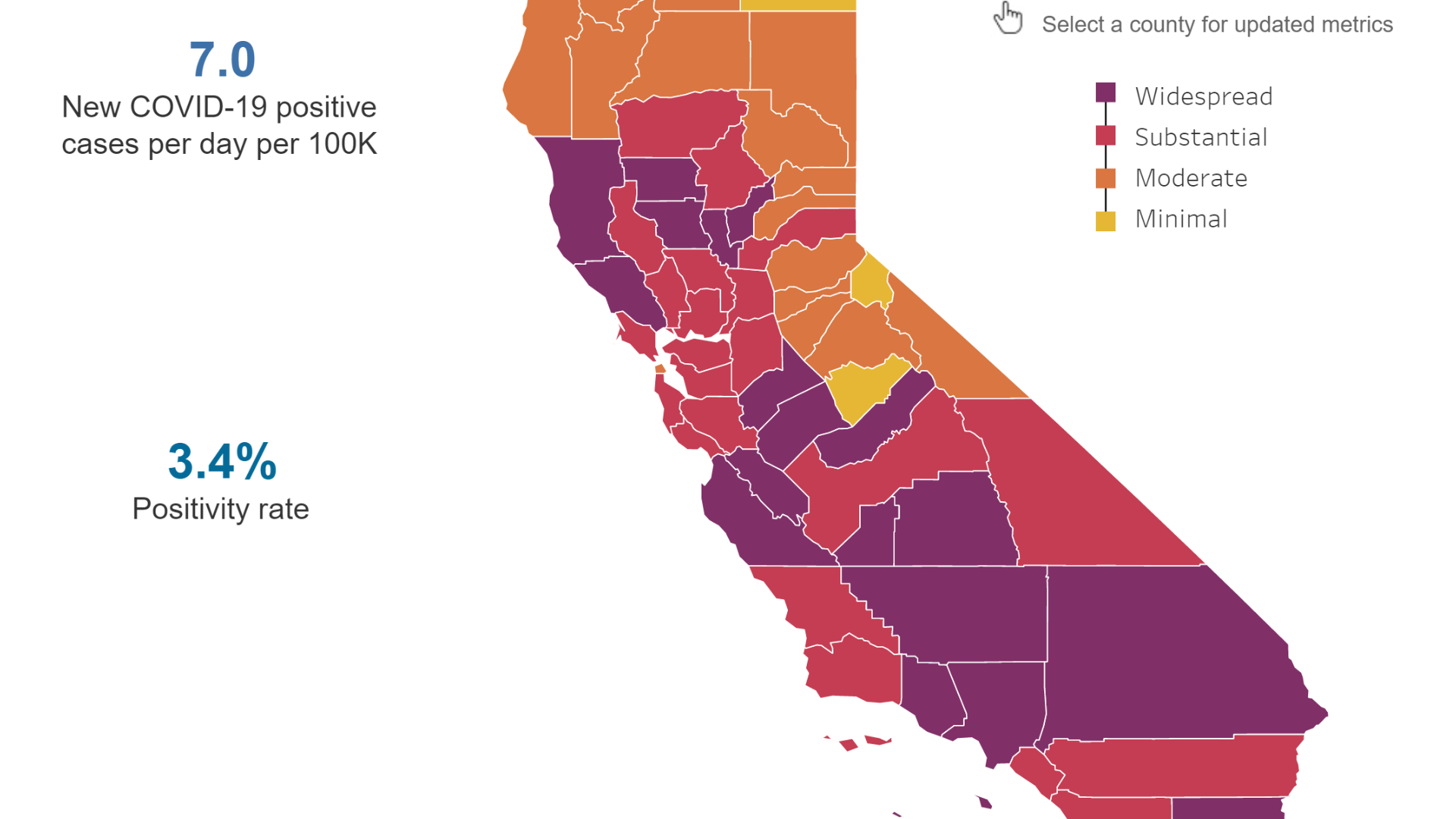 SACRAMENTO, Calif — Northern Californians will again have the opportunity to do more indoors.

This week, the California Department of Public Health (CDPH) moved Sacramento, San Joaquin, and Yolo counties from the purple to red tier.

The CDPH updated its tier system database on Tuesday, Sept. 29, to show where counties stand as the state continues to battle COVID-19, with several counties in Northern California moving to restrictive tiers, a positive outlook in those communities.

The state also moved Calaveras and Amador counties from the red to the orange tier. A county must be on a tier for at least three weeks and meet a lesser tier's metric requirements for two of those weeks before the county can move to the less stringent level, according to CDPH.

In counties that move from purple to red, schools can start opening 14 days after the county stays in the red tier. Businesses like gyms, movie theaters, restaurants, museums, zoos, aquariums, and personal care businesses can reopen indoors with some modifications.

Don King, who owns Fat City Brew & BBQ on the Miracle Mile on Pacific Avenue in Stockton, is looking forward to having customers return indoors.

"I'm excited to go back at it. We're going to do everything safe as we can. Do the six-foot spacing and all that good stuff and keep all the tables sanitized," King said.

Places of worship can also re-open in the red tier, but at 25% capacity.

Temple Israel of Stockton is choosing not to open its doors until health and science experts say it is safe for all to attend.

"Until that time, actually we are enjoying the virtual services. We miss being together, but we actually have more people who are connecting and attending our regular Friday night service every week than we had when we were sitting in the house," said Rabbi Jason Gwasdoff of Temple Israel in Stockton. 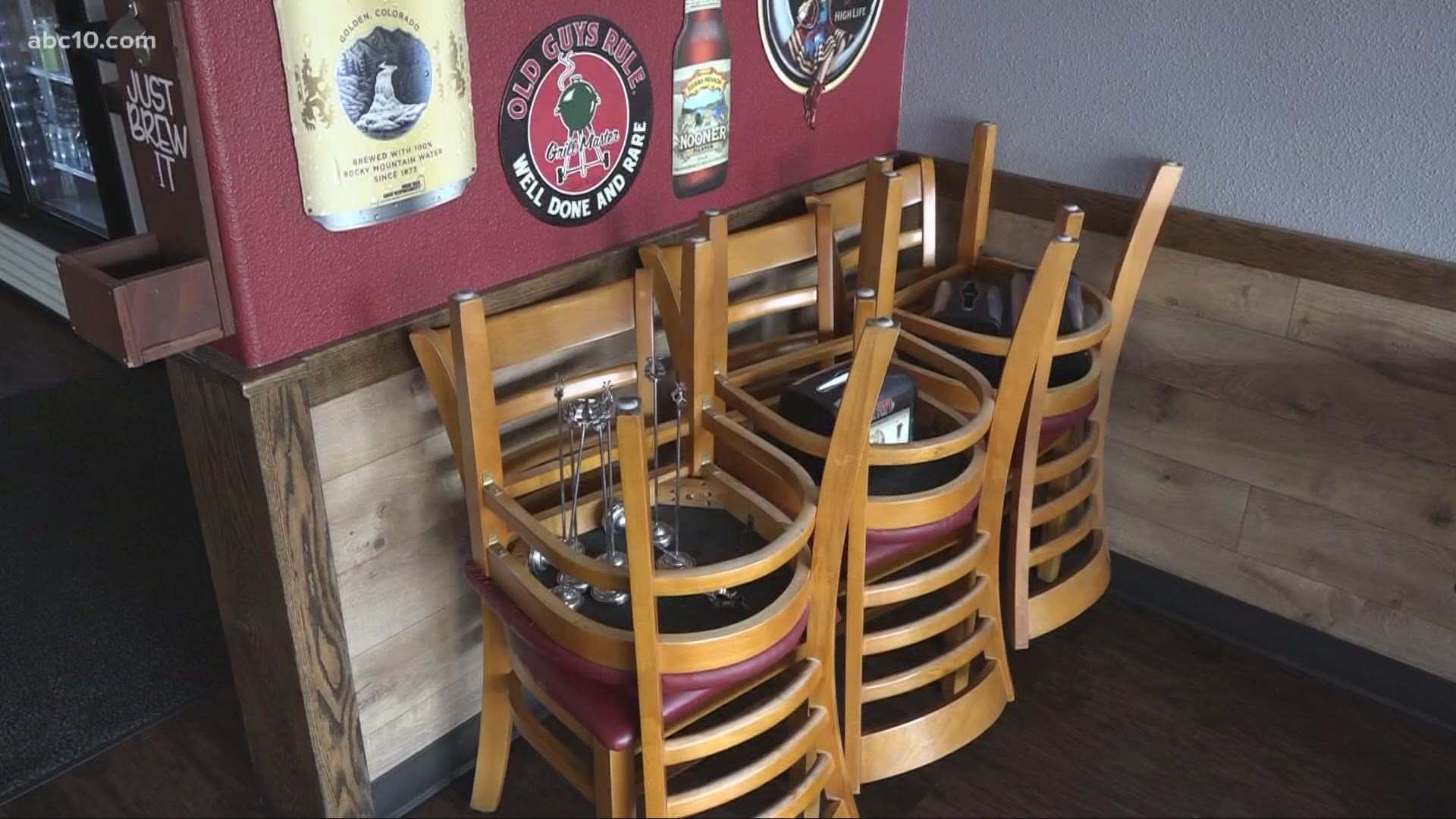 For counties moving from the red tier to the orange tier, businesses are able to allow greater capacity to select indoor businesses. Wineries, breweries, and bars are allowed to open in the orange tier. Family entertainment businesses, casinos, and cardrooms can also start opening indoors. People who work in offices can also resume going to their office building.

"It just means that we've done a good job. I'm just so pleased that our residents have taken all of the measures seriously. And, by moving from purple to red, businesses get to expand their operations," said San Joaquin County Public Health Officer Dr. Maggie Park.

The state looks at the county's seven-day average case rate and the county's positivity rate. Counties that move to less restrictive tiers need to keep their metrics low to remain on the lower level or move to an even less stringent tier.

Several other counties in the region are closer to moving to less restrictive tiers, according to the CDPH's data table. Yuba County could move from the purple tier to the red tier next week, should its metrics remain low. And, Plumas and Sierra counties could move from the orange tier to the yellow tier soon. Plumas county needs one more week of meeting the state's metrics; meanwhile, Sierra County needs two weeks before moving since it has only been on the orange tier for one week.

Colusa and Placer counties met the requirements for a less stringent tier for one week last week; however, this week, the counties' metrics no longer met the lower tier's metrics.

No counties in the Sacramento region or Central Valley are at risk of moving back a tier.