Why Placer County could move back to the purple tier soon

Placer County went all the way to the orange tier and in a matter of weeks could be back to the purple tier. 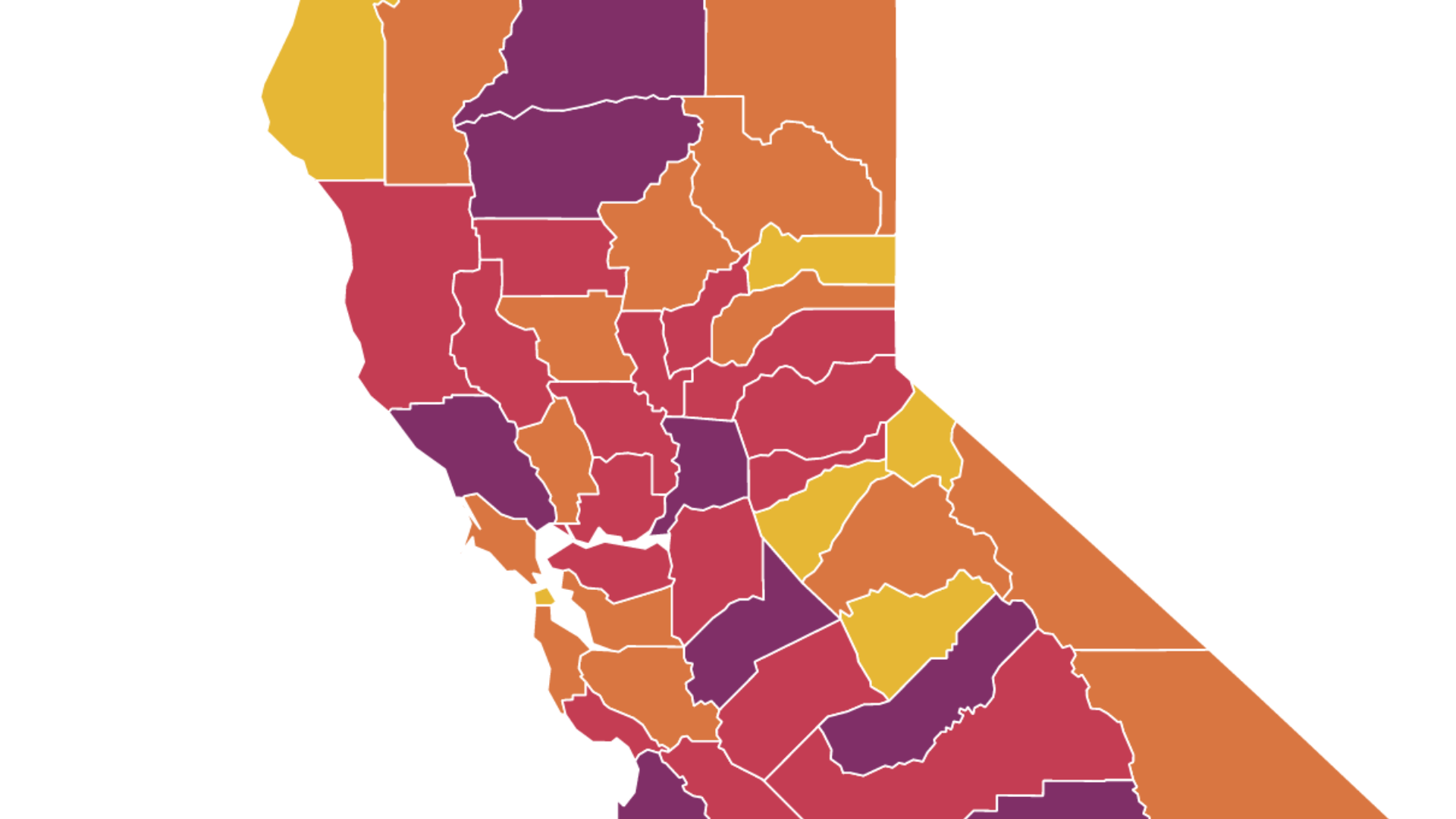 AUBURN, Calif — The California Department of Public Health (CDPH) decided Nov. 8 Placer County was to be moved to the state's "red tier" despite the county's appeal. This comes four weeks after the county moved to the less restrictive orange tier.

Placer County had seven-day average case rates per 100,000 residents in the last two weeks, with a seven-day lag, higher than the county had in August when the tier system started.

Should the county's case rate not lower or show signs of lowering, it could end up in the most restrictive purple tier before Thanksgiving.

"Yes, the case rate has been in the purple zone and risks further action by the state if trends do not reverse," Placer County spokesperson Katie Combs Prichard said.

Since Placer County was moved Nov. 4 to the red tier, this week the county has had one week of being on the red tier, according to CDPH's data table. This means, if the county's case rate stays above an average of seven new cases per 100,000 residents with a seven-day lag for the next two weeks, the county could be moved to the purple tier by Thanksgiving according to CDPH's guidelines.

The county appealed its move to the red tier on the basis that its positivity and health equity metric were "much more favorable and consistent with an orange tier assignment." The county also suggested the tier system be amended because the county would lose trust with its residents.

"Further restrictions risk damaging trust and compliance that has stemmed from the county’s efforts to educate and reinforce social norms," the county said in its appeal. "These restrictions may also risk encouraging private gatherings as an alternative to gathering in public, more regulated establishments."

CDPH determined the county's request to stay in the orange tier did not align with the current tier system.

"The recommendations to amend the blueprint are noted but fall outside the adjudication process," CDPH said in its decision.

CDPH's decision retroactively moved the county to the red tier on Nov. 4, according to the CDPH decision.

Credit: ABC10
Placer County's continually rising case rate could lead it back to the purple tier per the California Department of Public Health's tier system metrics.

To move to a more restrictive tier, the county would have to meet the next tier's metric for either its test positivity rate or case rate for two consecutive weeks and not show signs of a declining trend after the county was on its current tier for two weeks.

Based on the county's dashboard, the next week of measurement, Nov. 1 to Nov. 7, does not show signs of the case rate lowering from where the county stood the week before Halloween.

If Placer County's case rate lowered below seven and its positivity rate remained low for the following week of measurement, Nov. 8 to Nov. 14, the county would be able to stay in the red tier the week of Thanksgiving.

The county would need to lower its case rate and keep its positivity rate in the orange tier's requirements for two consecutive weeks to move back to the orange tier.

Placer County said in a press release, the largest driver of new cases was private gatherings.