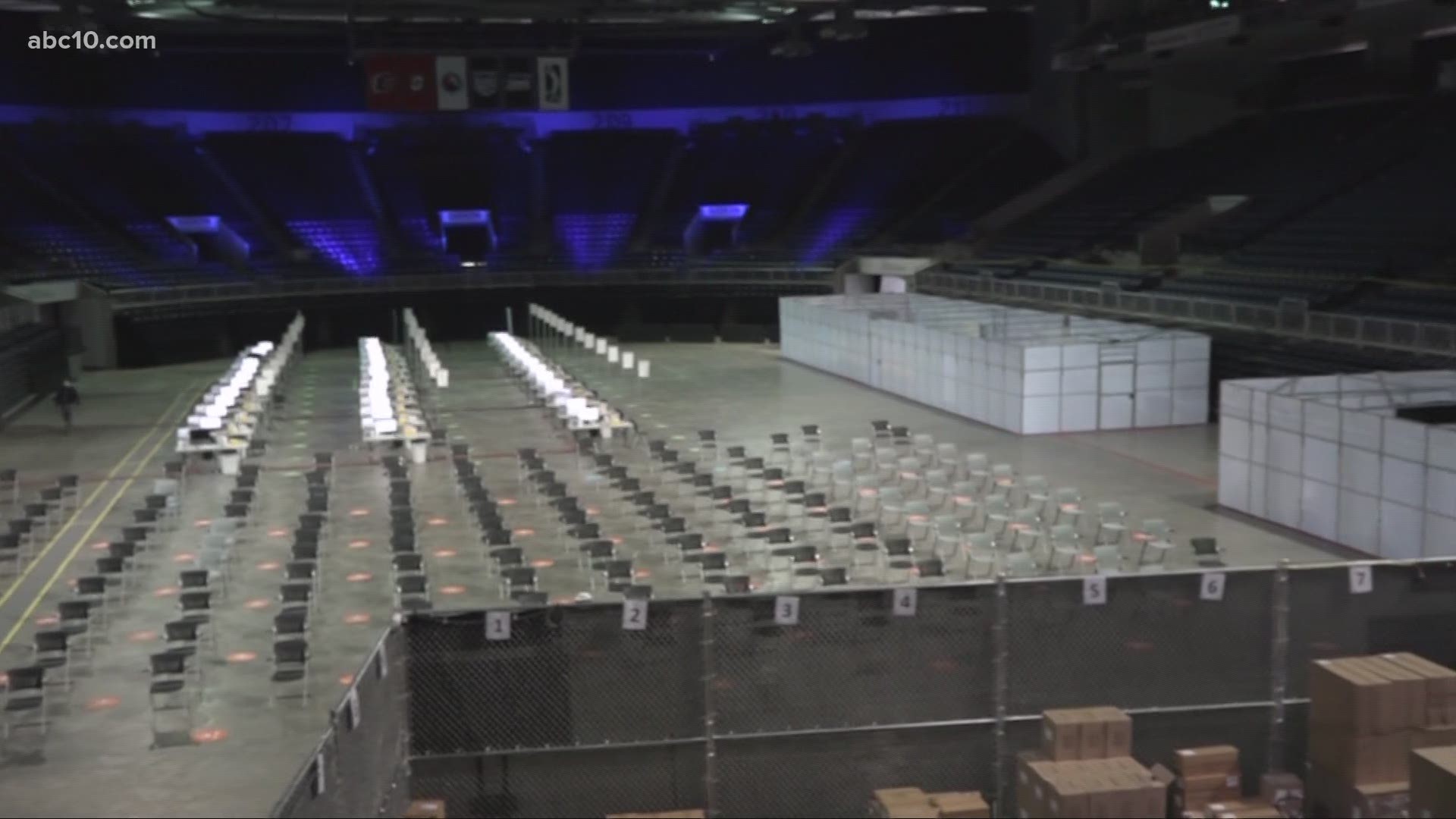 STOCKTON, Calif. — While announcing the plan to abolish the tier system this June, California Governor Gavin Newsom also announced 16 counties would have fewer restrictions this week as they move to less restrictive tiers.

San Joaquin County was the only county that moved to the red tier from the purple tier. The county has been waiting to make this move for weeks now.

The move comes as 1 in 5 people in the county are now fully vaccinated, according to the county's Office of Emergency Services. The tier change also coincides with an effort to ramp up vaccinations. On Wednesday, a new mass vaccination site at the Stockton Arena will be open to the public and will have the capacity for 5,400 vaccinations a day.

The new Kaiser Permanente-led site is open to everyone, regardless of insurance, seven days a week by appointment.

"We still have demand. We're still seeing all our vaccine events fill up. Now that this Kaiser 'mass vax' site is opening, I'm assuming that more people will fill up these appointments as well," said Dr. Maggie Park, San Joaquin County Health Officer.

The other 15 counties which became eligible this week to change tiers, including El Dorado County, moved from the red to the orange tier.

All counties now have different businesses and activities that can resume or loosen guidelines with the new tier status.

Some of the counties had an easier time moving to their new tier status because California changed its case rate requirement to move into the less restrictive tiers. The state made this change after it surpassed its goal of administering 4 million doses to people living in communities greatly impacted by the COVID-19 pandemic.

Inyo, Kern, Lake and Lassen counties are in a position to move to a less restrictive tier next week should their county's COVID-19 transmission remain low.

Del Norte, Napa, Nevada, Shasta and Trinity counties are in a position to move to a more restrictive tier next week should their county's COVID-19 transmission remain high.