Based on the messages workers shared with ABC10, a Stockton Amazon facility has had at least seven workers test positive for coronavirus this month alone. 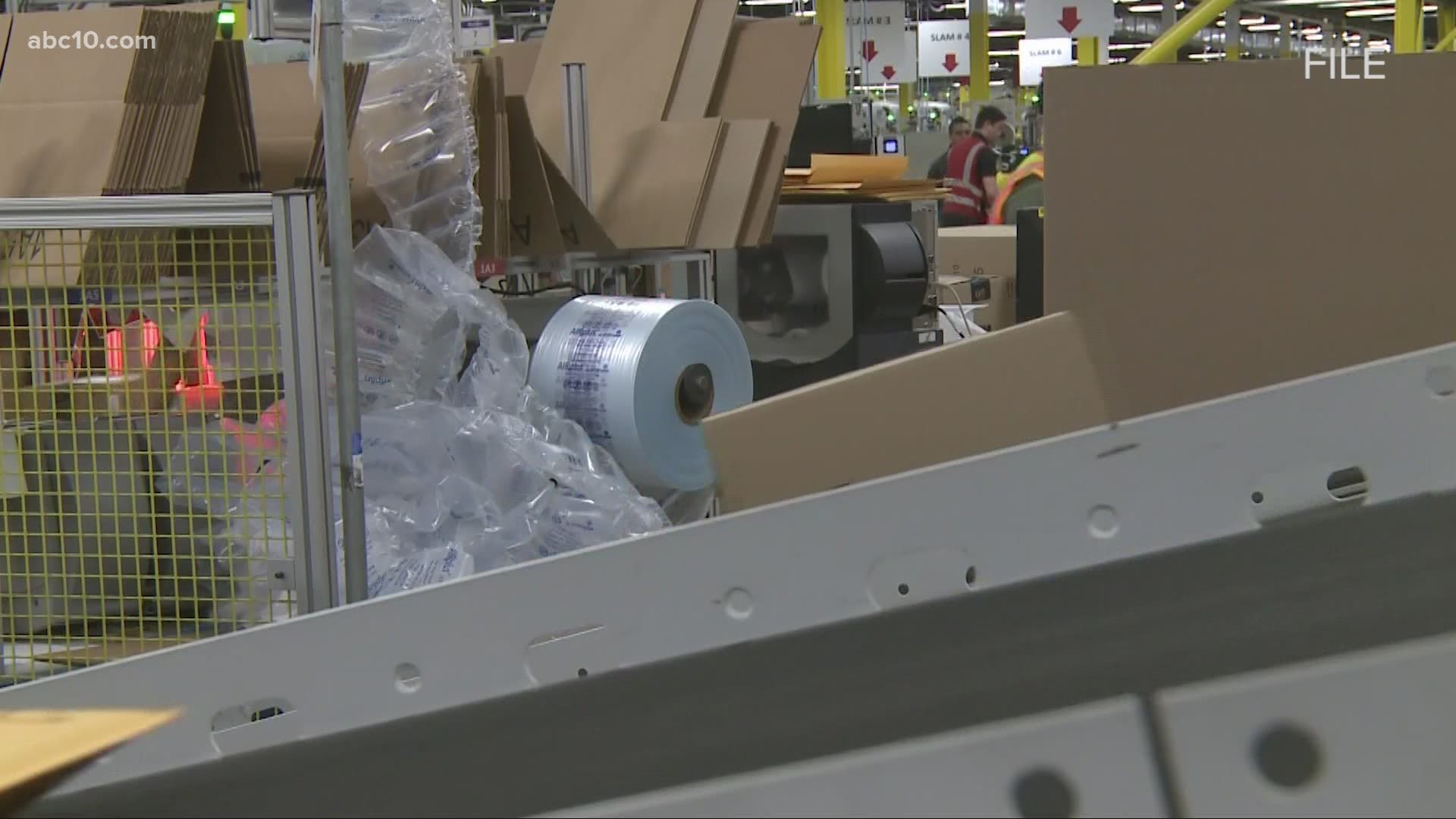 STOCKTON, Calif. — Workers at the Amazon warehouse in Stockton known as SMF3 received automated messages from the company in June, confirming that an employee at the center tested positive for the coronavirus.

But those messages kept coming, day after day, confirming new cases in the warehouse.

Amazon wouldn't confirm the total number of positive cases, but based on the messages this worker shared with ABC10, they've had at least seven workers test positive this month alone.

"When I get those COVID messages, I cry, because I look at my kids, like, even though I might not get sick, what if they do?" the worker said.

The worker ABC10 spoke with has three kids and other family members with pre-existing conditions.

"I would like to see them shut the warehouse down for a few days and sanitize it, let the COVID die out," she said.

That's a request ABC10 hears fairly frequently from workers concerned about going back to work, whether it's at a warehouse, restaurant or office building.

Jennifer Shaw, an attorney specializing in employment law, pointed employers to the general duty clause of OSHA which lay out protocol for those who have tested positive.

"They basically say, 'Look employer, you've got to take all of the reasonable steps to make sure your employees are safe,'" Shaw said.

Based on privacy laws, employers can't name who tested positive for the virus, but they are obligated to notify employees that would have reasonably come into contact with this person.

They're also obligated to tell you if they're keeping a record of your temperature checks at the door.

As for closures, Shaw says, unless you're at a meat packing plant, actively working with raw food, there isn't necessarily a requirement to close after an outbreak.

"It's going to be case by case on close downs," she said. "But generally, you just have to do what is reasonable."

The company says any employee that does test positive for the coronavirus will receive up to two weeks of paid time off.

"We are supporting the individuals who are recovering," Brittany Parmley, a spokesperson for Amazon said. "We are following guidelines from health officials and medical experts, and are taking extreme measures to ensure the safety of employees at our site."

(Editor's Note: This article has been edited to clarify that the $2/hour raise has ended.)