Possible COVID-19 vaccines showing promise, but could one be ready this year?

President Trump said last week that "we're looking to get [a vaccine] by the end of the year if we can." But how likely is it that a viable vaccine will be ready? 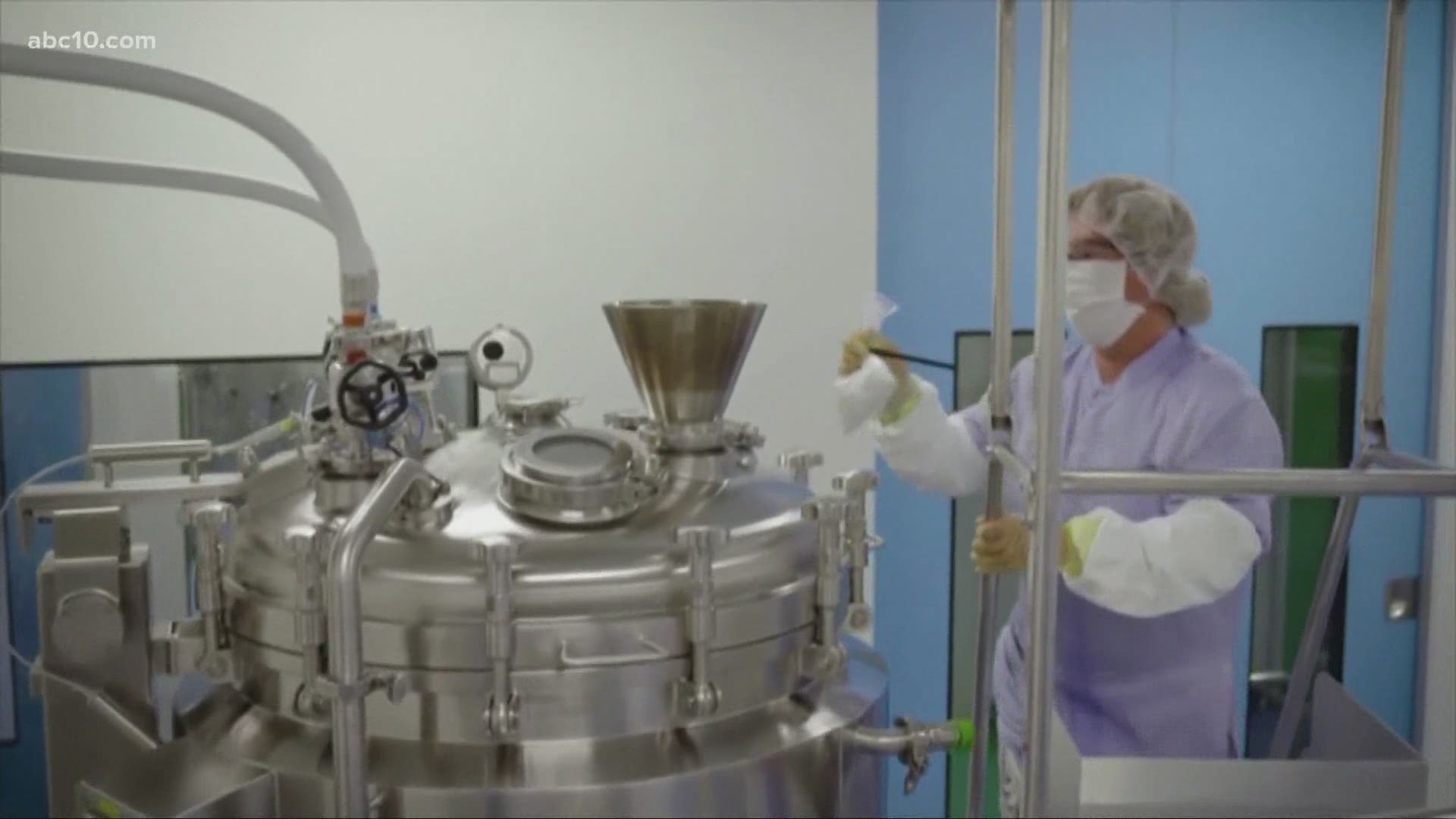 SACRAMENTO, Calif. — It could take years to develop a vaccine for the novel coronavirus, but several companies are making the push to have a viable option completed by the end of 2020.

Last week, President Donald Trump vowed to use “every plane, truck and soldier” to distribute COVID-19 vaccines he hopes will be ready by year's end, as he formally unveiled an ambitious project dubbed “Operation Warp Speed.”

"We're looking to get it by the end of the year if we can," Trump said in the Friday afternoon press conference in the Rose Garden. "Tremendous strides are being made."

The goal is to make millions of doses before scientists know which if any will really work. The head of the National Institutes of Health says several look promising with one or two ready to start large-scale testing by July.

NIH Director Francis Collins is working on a master plan so each vaccine candidate is tested the same way, speeding answers and allowing accurate comparisons.

Dr. Payal Kohli,  a Denver-based cardiologist, told ABC10 that there are currently two companies that show the most promise in creating a vaccine — Moderna and Oxford.

Both are in clinical trials and have plans to start distributing the vaccine in several months.

Biotech company Moderna has been around since 2010 but currently sells no products and has been called into question in the past for not releasing peer-reviewed studies of their work.

The company recently announced encouraging results in the early phase of its trials.

"It's the first glimpse that something is safe and efficacious in terms of a vaccine trial, and it's working in humans," Dr. Kohli said.

Meanwhile, Oxford, a vaccine research group at the University of Oxford's Department of Paediatrics, said it plans to distribute as early as September.

Dr. Kohli echoed the words of Dr. Anthony Fauci, Director of the National Institute of Allergy and Infectious Diseases on when people should truly expect a vaccine to be widely available.

"You've heard multiple times that in an optimistic timeline, we're looking at early next year — meaning January of 2021 — before the vaccines are available to be put into someone's arm," Dr. Kohli said.

A vaccine usually takes years to develop and has to go through several phases of clinical trials.

Companies working on a COVID-19 vaccine are doing all of this in just a few months, despite the risks doing so might impose.

"One of the problems with fast-tracking things too much, especially with vaccine development, is that if you miss a small signal," Dr. Kholi said,  emphasizing small signal, "for safety in these clinical trials and then you give it to millions or billions of people, you're gonna amplify that signal and you can create more harm than good."

There's also another challenge of expediting the vaccine which involves children.

"We have one age group where you don't necessarily want to cut corners and you would like to have some longer term data, such as in young adults, like teenagers, before you start giving it to children," Dr. Kohli said.

However, companies are showing promise in finding the next steps in slowing the spread of coronavirus. There are over 100 vaccines that are potential candidates, eight of which are in clinical trials.

WATCH MORE: Dr. Payal Kohli explains how a coronavirus vaccine could be months away | Extended Interview