Could California’s psych hospitals be ordered to admit inmates with COVID-19?

The federal court is pressuring the Department of State Hospitals to speed up admissions of mentally ill inmates from coronavirus-riddled state prisons systems. 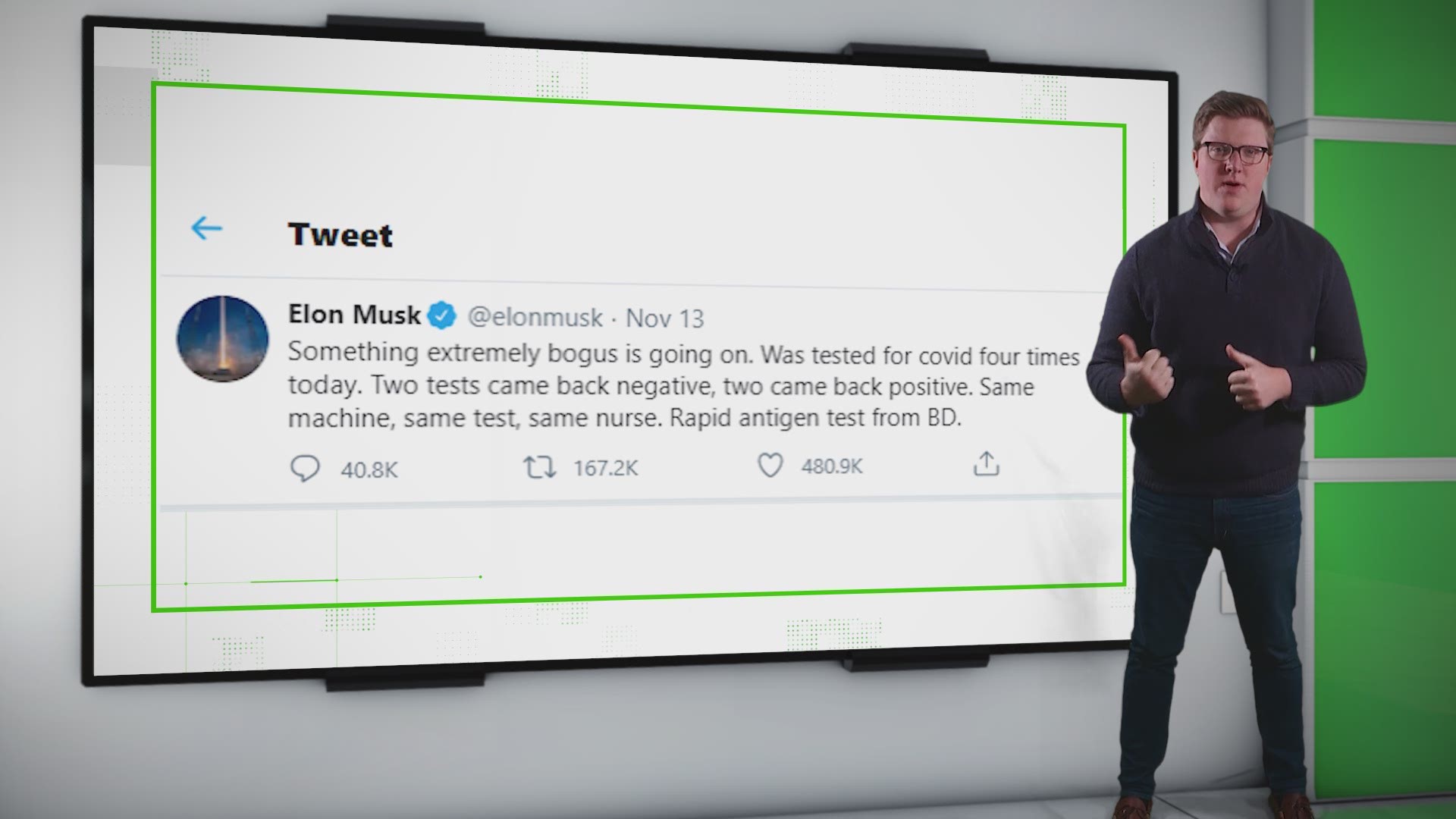 SACRAMENTO, Calif. — Ervin Longstreet is in quarantine along with 49 other men on his unit at San Bernardino County’s Patton State Hospital — again. Because, somewhere at the psychiatric hospital, patients have tested positive for the coronavirus. It’s a frightening reminder of what happened last summer when, internal records show, nine Patton patients lost their lives to COVID.

So Longstreet, 50, a man with a rich baritone voice known to other patients as “Street,” is worried — again.

Like most of the 6,000 patients housed by the California Department of State Hospitals, Longstreet was sent by a court for treatment at Patton — instead of to prison — after he committed a crime that stemmed directly from his mental illness. But the pandemic has sidelined most therapy and upended admissions and releases. Already, more than 500 staff members in the five-hospital system have contracted the virus, as have about 400 patients, 19 of whom have died.

“It’s like having my sentence modified to a death sentence because you’re just waiting in a corner for it,” said Longstreet, a Navy veteran with hypertension, kidney and liver conditions. “You don’t know who’s going to catch the virus next.”

Longstreet is now suing to get out, saying COVID poses too many health risks. But here is the twist. As hospital officials scramble to reduce those risks, they’re facing pressure in federal court to speed up admissions of mentally ill inmates from the highly infectious state prison system.

In an Oct. 23 hearing, attorneys representing mentally ill prison inmates awaiting state psychiatric beds argued the hospitals are violating court-imposed timelines for transfers and should start accepting the prisoners without first requiring negative COVID tests. To avoid delays, they say, the hospitals should even start admitting prisoners who have tested positive.

These prisoners typically come to the psychiatric hospitals for what court records describe as “intermediate,” not “acute” care. They aren’t suicidal, for example, and they are receiving psychiatric care in prison.

But attorneys who represent them say they are getting sicker as they wait, due to “blanket policies” that focus only on the dangers of the virus and not their deteriorating mental health conditions, according to their closing brief.

A ‘unique and exquisite risk’

Chief U.S. District Judge Kimberly J. Mueller could rule as early as Thursday on the matter  — the latest to stem from a decades-old permanent injunction overseen by a special master. Hospital officials fear a victory for the plaintiffs could be devastating, due to what Medical Director Katherine Warburton called in her testimony “the unique and exquisite risk of this virus once it’s introduced into our patient population.”

The Department of State Hospitals is a co-defendant in the case with the Department of Corrections and Rehabilitation. In their closing brief, they call “the suggestion” that defendants should loosen COVID precautions “irresponsible and hypocritical” at a time when the virus is spreading “at alarming rates across the state and country.”

Ann Lyles, chief negotiator for the California Association of Psychiatric Technicians, which represents nearly 3,800 frontline hospital workers, said in an interview that, with infections soaring, “it doesn’t seem to me a good time to move a patient who is COVID positive, or could be COVID positive, into a place where this could spread — and do us in.”

The court battle revolves around a relatively small class of patients. The hospitals set aside just 336 beds out of 6,000 for mentally ill inmates coming from state prisons. They arrive for temporary treatment with the expectation that they’ll return to prison and the psychiatric care provided there. The vast majority of patients in the hospitals, however, come through the courts — people like Longstreet, who’ve pleaded not guilty by reason of insanity. Others include patients deemed incompetent to stand trial, as well as sex offenders and prison parolees who’ve served their time but are determined to still be dangerous.

But the hospitals aren’t prisons. Patients move about freely. Most sleep in dorms, share bathrooms, dining rooms, and common dayrooms.

Many patients are too sick to maintain proper hygiene or wear masks. Underlying medical conditions like obesity and diabetes are common, as are Hepatitis C and HIV. In California, about a fourth of patients are over 60, records show. And hospitals can’t “ask or tell patients to stay in their room or stay anywhere on the unit for that matter,” Warburton, the hospital system’s medical director, testified in the hearing last month. “That’s considered seclusion and can only be used when there’s an imminent risk or a threat.”

When the pandemic hit last March, the hospital system moved fast to temporarily shut down releases and nearly all admissions while scouting for personal protective equipment and tests. It quickly became clear the move was wise: Nationwide, the virus was sweeping state psychiatric systems that hadn’t closed their doors.

The mentally ill prisoners at the heart of last month’s hearing were on the list of admissions placed on hold. And that didn’t sit well with the plaintiff's attorneys.

The 30-year-old Coleman class-action lawsuit — named for the lead plaintiff — challenged mental health care in California prisons as so inadequate it was unconstitutional. A judge agreed, issuing a permanent injunction calling for major changes in the prison mental health system, monitored by a special master. Mistrust among the parties runs high.

“It’s very clear to us that we’re back to the old ball game,” plaintiffs attorney Michael Bien said in an interview, contending the hospitals have always been reluctant to admit his clients, COVID  or no COVID. “We’ve been as patient as we could be.”

Dr. Adam Lauring, an infectious disease specialist who testified last month as an expert witness for the plaintiffs, echoed that urgency.

“I guess I don’t understand why it would be different at a mental health hospital versus, you know, a, quote, standard hospital,” Lauring told the court, adding that the state hospitals have “a program for testing people on the receiving end, so it seems unnecessary.”

Lauring, who works in a standard hospital in Michigan, later confirmed under cross-examination that his experience in a forensic psychiatric system like California’s was brief and dates back to his medical training.

The state’s psychiatric facilities aren’t medical hospitals. They don’t provide acute or critical medical care, instead sending seriously ill patients to local community hospitals. Nor do they have the ability to truly segregate COVID-positive patients in an outbreak, hospital officials said in court records and written responses.  Even the units re-purposed to quarantine groups of new admits, positive patients, and suspected positive patients have shared bathrooms and common space.

The type of isolation rooms with private bathrooms used by standard hospitals to contain infection, known as negative pressure rooms, are in short supply, they add. Atascadero State Hospital on the Central Coast houses most of the hospital system’s mentally ill prison inmates, with others going to Coalinga State Hospital and Patton. Collectively, those hospitals have just 20 such rooms.

How COVID slipped in

In mid-April, court records show, a month before resuming other admissions, the hospitals cracked open the gates to mentally ill patients, under strict conditions: a quarantine and negative test result by the prison pre-transfer, another test and collective quarantine of new admits upon arrival at the hospital, and a third before transfer to the unit patients will call home.

Transfer policies for mentally ill prisoners evolved with the pandemic, hospital and prison officials testified, hammered out in dozens of meetings with the special master’s own physician experts.

Then, in mid-May, a crisis. The first hospital patient systemwide turned positive, at Patton, and COVID spread like wildfire.

Two staff members with direct knowledge of the outbreak say a patient who was quarantined after his return from outside surgery and recuperation at a nursing home nevertheless carried the virus onto his unit. All patients there eventually contracted it, as did all patients in an upstairs unit. By summer’s end, 135 staff members at Patton would test positive along with 148 patients, nine of whom died.

Among them was 63-year-old Jai Barksdale of Los Angeles, who as a member of the Black Liberation Movement served prison time in the 1970s for a crime connected to his revolutionary fervor, his son, Amiri Barksdale, said. A well-groomed man with a penchant for high fashion and history when he was well, he became withdrawn and delusional when sick. Drug use and a head injury complicated matters. His diagnosis: paranoid schizophrenia with organic brain dementia.

The younger Barksdale said he last saw his dad in 2013. Off street drugs and back on psychiatric meds, he was digging into a book called “America’s Undeclared War: What’s Killing Our Cities and How to Stop It.” He spoke of getting back into business in men’s fashion.

“He was the glowing brilliant man I remember,” said Amiri Barksdale, 46.

Not long after, he was arrested for a bank robbery he’d committed while ill. He landed at Patton after pleading not guilty by reason of insanity.

On the afternoon of Aug. 5, Amiri’s phone rang. His father was gone. That same day, disability rights advocates filed the class-action lawsuit against Patton that includes Longstreet, pressing the hospitals to release medically fragile patients.

Putting on the brakes

In a late August court declaration, Warburton said the outbreak only reinforced her belief that the most effective way to combat COVID is by “limiting the introduction of the disease, rather than trying to contain it once patients are already infected.”

By then, she and her counterparts in corrections had acted on those instincts, putting the brakes on transfers of mentally ill prisoners — because, by the first week of July, active inmate infections in California’s state prisons had reached 3,000. The alarming numbers prompted prison administrators to start “closing” facilities to all but essential inmate movement.

A week later, hospital and correctional officials released new transfer guidelines. The inmates would be accepted from “closed” institutions only “on a rare case-by-case basis.”

At the root of the crisis, which one state lawmaker called “the worst prison health screw-up in state history,” was inadequate pre-transfer testing, the issue at the heart of the current dispute.

WATCH MORE: Stimulus deadline for first round of checks