The seven hospitals in San Joaquin County are experiencing an average of 167 percent ICU capacity, as of Wednesday afternoon. 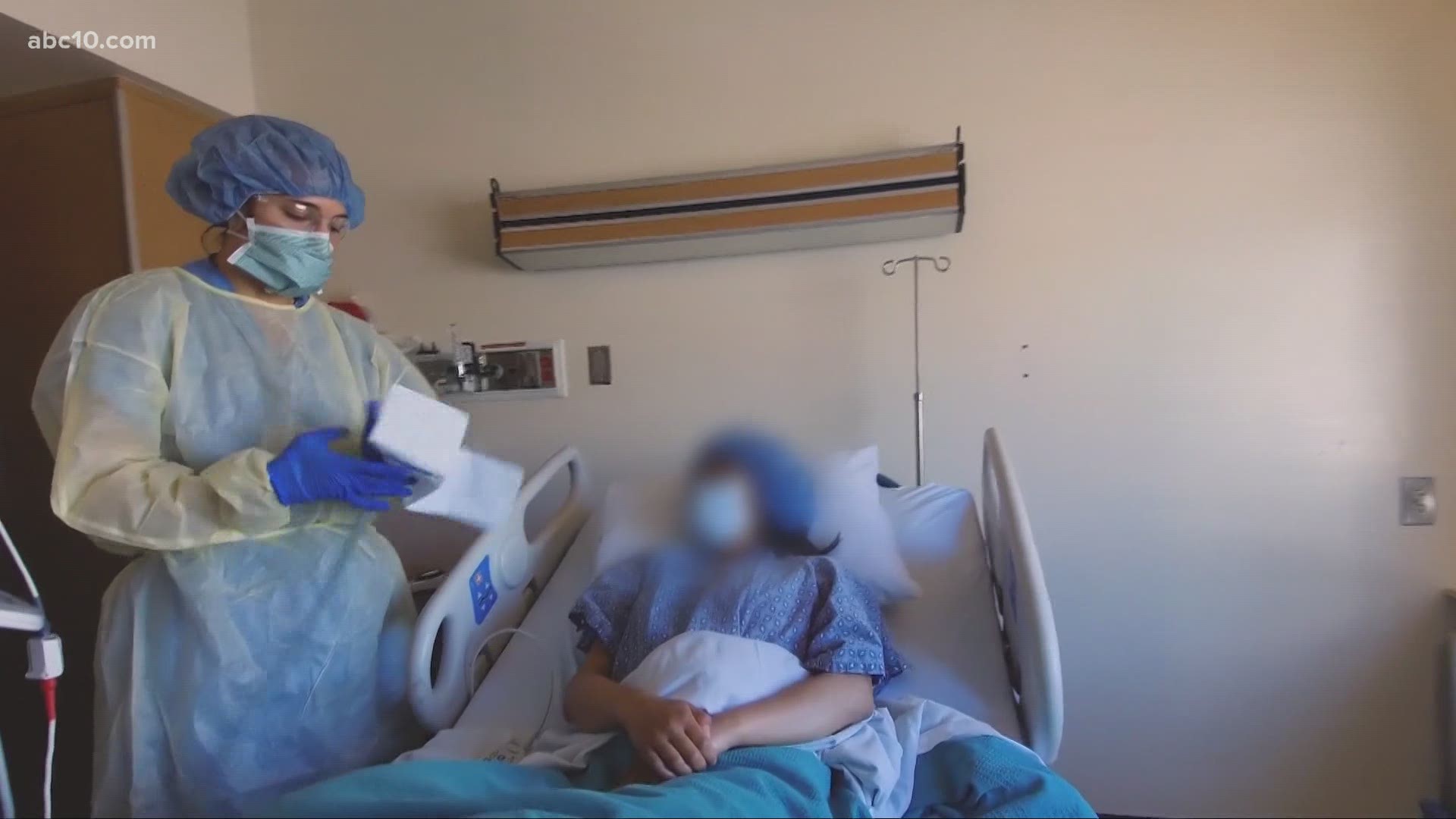 SAN JOAQUIN COUNTY, Calif — Hospitals across Southern California have been inundated with coronavirus patients as their region’s ICU's are still in surge capacity, just like the San Joaquin Valley.

It’s come to the point where Los Angeles County's Emergency Medical Services agency has directed ambulance workers to not transport those with a low chance of survival to local hospitals.

Closer to home, folks are wondering if this could happen to San Joaquin county next.

It’s been almost two months since San Joaquin County reached their surge capacity and things still haven’t let up. St. Joseph’s Medical Center in Stockton, one of seven county hospitals, has their adult ICU capacity level now at more than 200%.

As of Wednesday, San Joaquin County hospitals were averaging a 167% capacity.

“We have not seen a high like this even in our previous surge back in July in our summer months," Marissa Matta, a spokesperson for the county's EMS agency said.

Matta said their seven hospitals are having to adapt and adjust to the surge by creating ICU space that essentially, wasn’t there before the pandemic.

"So technically a room that was intended for one person, now it has two, different units throughout the hospital like telemetry units are now being used for ICU units," she said.

LA County ambulance workers have been told to cut back on their use of oxygen and not to transport those with a low chance of survival to local hospitals.

The county's EMS agency is advising that if a patient is in cardiac arrest, ambulance crews should not bring patients whose heart stops beating, including severe trauma patients, car accidents, stabbings, and shooting victims who can't be resuscitated at the scene.

It comes as emergency rooms are filling up. Ambulances are waiting as long as eight hours to get patients admitted while others are turned away.

"This is absolutely a form of countywide triage," Mark Eckstein, the Medical Director for the Los Angeles Fire Department said. "This is what they call crisis medicine and this is something that at any healthcare provider or first responder this is kind of our worst nightmare."

Eckstein says this is the first time this has happened in Los Angeles history.

Even the public in LA County is being discouraged from calling 911 unless it is an absolute emergency.

ABC10 checked in with the San Joaquin County's EMS agency to see if this could happen here next and they say, luckily, we are not there yet.

They say patient transfers to up Sleep Train Arena in Sacramento County, which is being used as an alternate care facility, have been extremely minimal so far. They added that unlike LA, San Joaquin County does have an ample supply of oxygen ready to go and you should not delay seeking care.