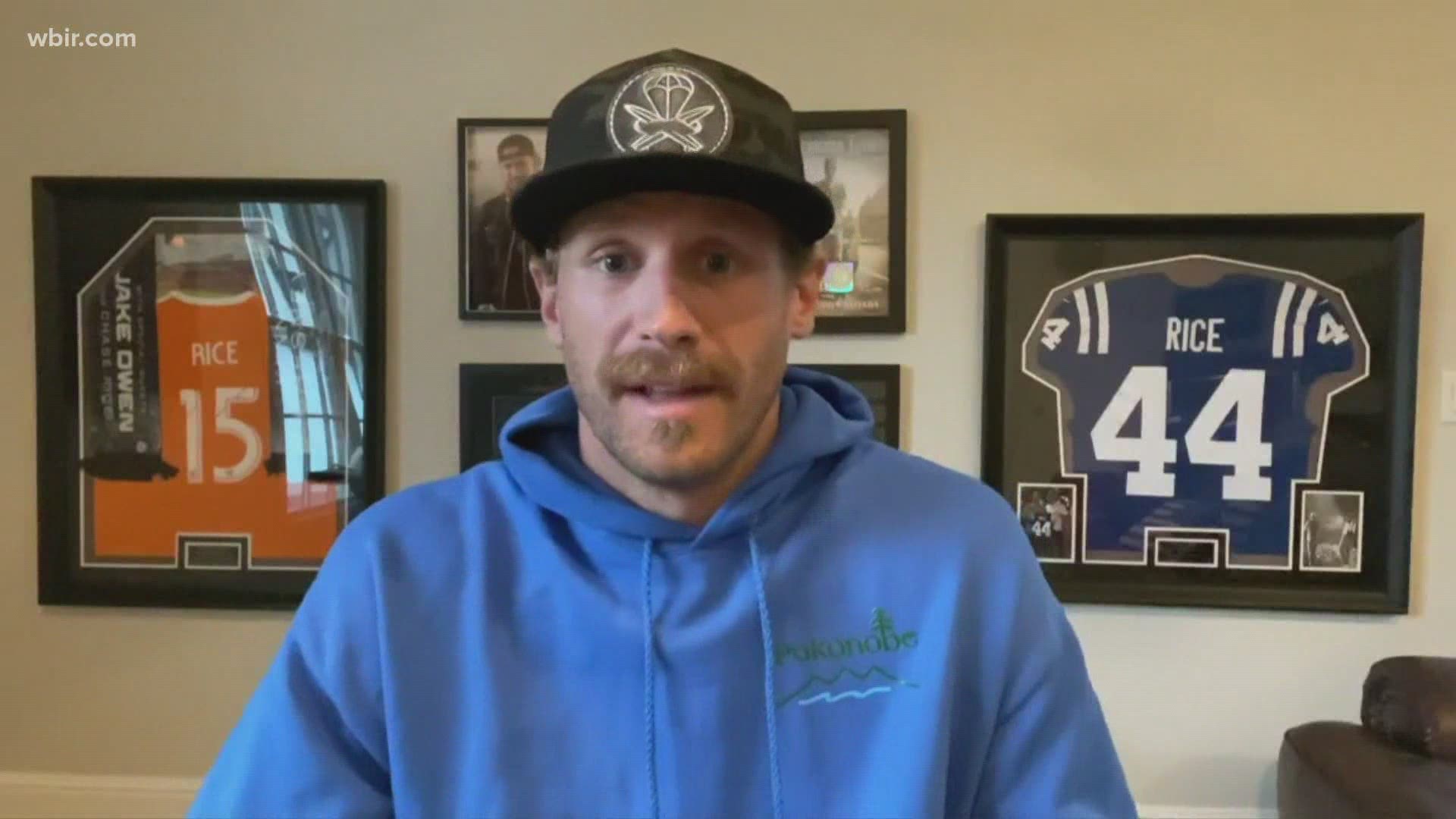 As COVID-19 cases surge in Tennessee, a fellow country singer is calling out performer Chase Rice for his concert at Brushy Mountain this weekend.

The singer played to a crowd on the lawn of the former state prison in Morgan County on Saturday night.

Rice has since deleted his social media posts showing what looks like a crowd of people gathered in front of the stage with no visible masks, but other users screen recorded them before they were deleted.

Knoxville-native Kelsea Ballerini retweeted a video from the concert with her concerns.

"Imagine being selfish enough to put thousands of people’s health at risk, not to mention the potential ripple effect, and play a NORMAL country concert right now.  We all want (and need) to tour. We just care about our fans and their families enough to wait," she wrote.

According to a post on the Brushy Mountain Facebook page, capacity at the concert was reduced from the normal 10,000 to 4,000. It also said that temperatures would be taken of guests and workers before they entered the grounds and that all workers would be wearing masks and gloves when interacting with guests.

RELATED: Where can you watch 4th of July fireworks in 2020?

There are several live concert events planned at Brushy Mountain over the next few months. The next one features Sawyer Brown on July 18.

Chase Rice was trending on Twitter on Monday morning after stories about Ballerini's criticism were shared.

The performer posted a response to the outcry on his Instagram page on Monday.

He said he understood there are a lot of varying opinions about COVID-19 and safety, but said his most important concern is the safety of his fans.

He said his next show is scheduled Friday night in Ashland, Kentucky, and it will be a drive-in show. He asked his fans to enjoy the show, stay in their own space, and have fun.

"The safer we are now, the quicker we get back to actual normal live shows," he said.