Black, Indigenous, Latinx and other people of color are often underrepresented in clinical trials. 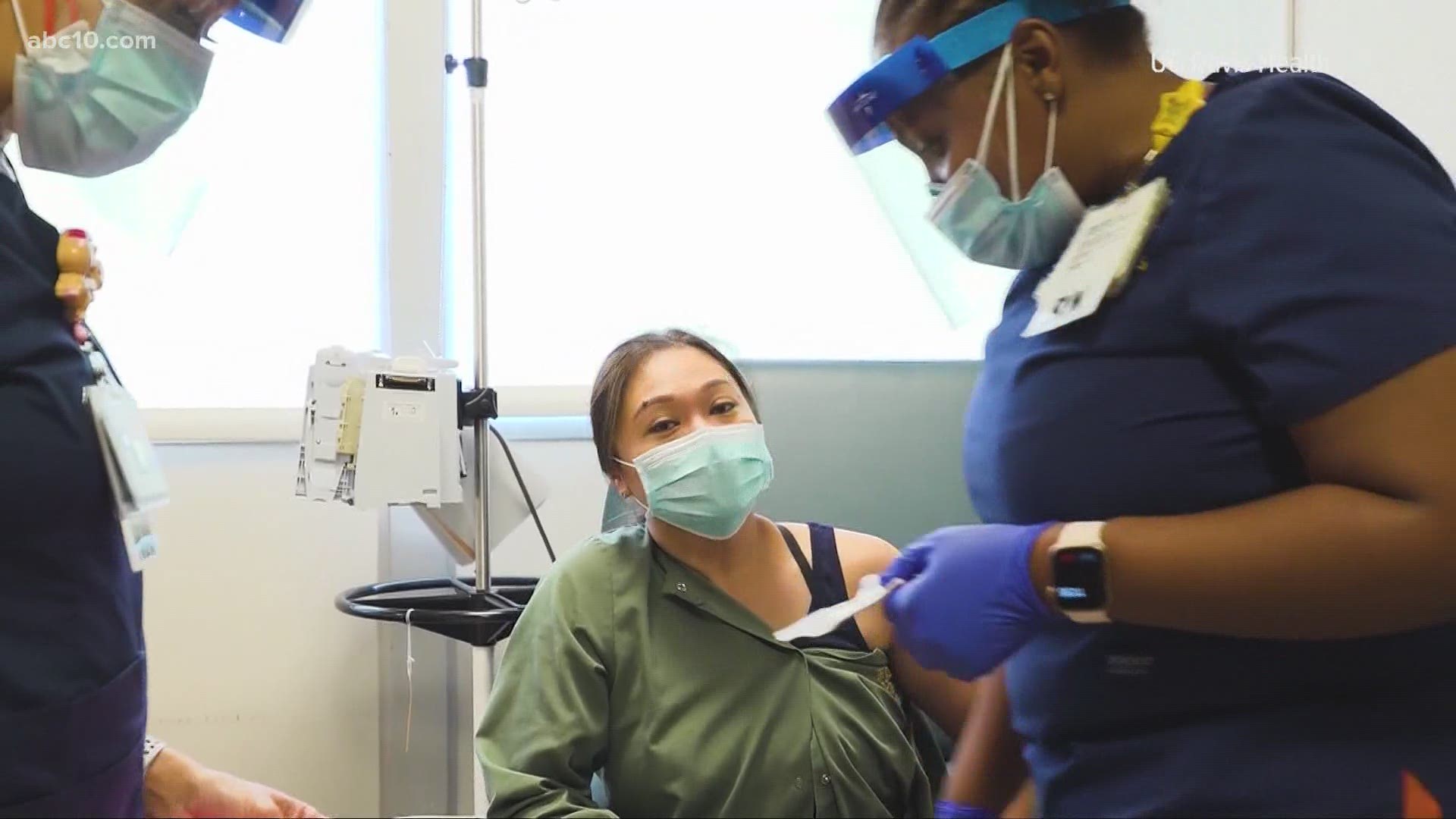 SACRAMENTO, Calif. — Lisa Hooks had never participated in a clinical trial, but when she heard UC Davis Health was looking for volunteers to join a study for a COVID-19 vaccine, she felt compelled to sign up.

“The devastation that COVID[-19] is having on us as a society, let alone African Americans and people of color, concerned me… to the point where I felt like I needed to do something and this was my opportunity,” Hooks said.

Black, Indigenous, Latinx and other people of color are the most affected by COVID-19, according to the COVID Tracking Project and the Boston University Center for Antiracist Research. When it comes to participating in clinical trials, these groups are often underrepresented.

Flojaune Cofer, epidemiologist and senior director of policy for Public Health Advocates, said there are several reasons for the disparity in representation.

“Part of the reason that participants are overwhelmingly white has a historical bend on it. The idea being that you want the results to be generalizable to the population, but it goes beyond that,” Cofer said. “It’s also in part because there is a real reluctance of people of color, now that we have the option of participating, because there was a time when we were experimented upon.”

Cofer points to the history of gynecology as an example of the pain African Americans suffered in the name of medical discoveries. James Marion Sims may be called the “father of modern gynecology,” but he performed experimental procedures on enslaved Black women without the use of anesthesia.

There are countless other examples involving Black, Indigenous and people of color (BIPOC), including the Tuskegee Study of Untreated Syphilis in the Negro Male, the U.S. Indian Health Service (IHS) forcefully sterilizing over 3,000 American Indian women, and the exploitation of poor Puerto Rican women who were never told they were a part of a clinical trial to develop birth control pills.

"There are 48 years between us discovering the Tuskegee experiment publicly and what happens with COVID-19. The challenge is we’re going to continue to see Black, Latinx and Indigenous people die because we didn’t think addressing systemic racism in those 48 years was a high priority," Cofer said.

Hooks, who is in the third week of the COVID-19 vaccine trial, said she is aware of the ways people of color have been mistreated in the name of research. But she said it didn't deter her from volunteering.

"I had this profound level of excitement because it goes back to that spiritual component of saying when you've been called or when you decide something within yourself, you're going to do it. Any doubts I may have had, I didn't allow them to come to life," Hooks said.

Maya Juarez, clinical research supervisor for the division of pulmonary critical care and sleep medicine at UC Davis, said they’re “testing the safety and efficacy of a novel vaccine to prevent the virus that causes COVID-19.” She said they want to enroll 200 volunteers in the clinical trial and having people from different backgrounds is vital to the study’s success.

"It’s very important to include in clinical trials the populations who are being most affected by a specific disease," Juarez said. "In this case, COVID-19 is affecting communities of color in a disproportionate manner with Black and Latinos being affected at a rate that’s four times the hospitalization rate of their white counterparts."