According to doctors, swollen lymph nodes are a side effect of the COVID-19 vaccine. They can appear days after the shot and last up to four weeks. 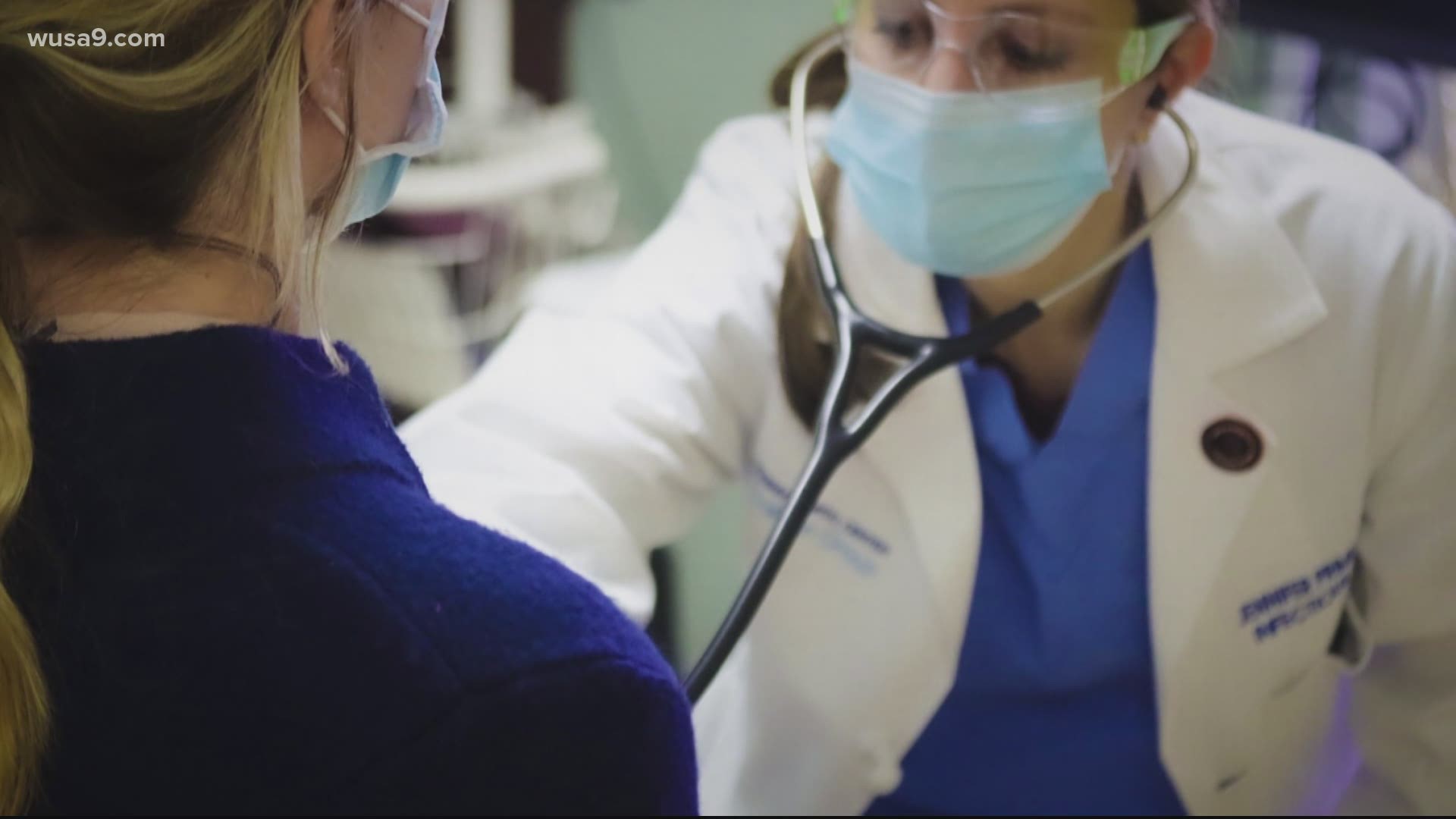 ARLINGTON, Va. — A surprising side effect from the COVID-19 vaccine should not immediately be a cause for concern, according to doctors. Fever, chills and body aches are the most commonly spoken about side effects after the shot, but the vaccine can also cause swollen lymph nodes.

"It is perfectly expected to see swollen lymph nodes after a vaccine. Generally we see them on the same side as the vaccine," said Dr. Jennifer Primeggia, an Infectious Disease Physican at Virginia Hospital Center.

According to Dr. Primeggia, they can be felt in the arm pit or collarbone area. The lymph nodes can appear days after the shot and can last up to four weeks. But during that time and early on, doctors say it shouldn't be a cause for concern. It simply means the vaccine is working. Doctors also stress that the vaccine does not increase your chance of breast cancer. It is simply a side effect that can mirror the disease.

RELATED: How to make a COVID-19 vaccination appointment in DC, Maryland and Virginia

"If the lymph nodes persist beyond that, if they become hard or rubbery, that's not expected and at that point a woman should seek further medical attention for this," Dr. Primeggia said.

Should I delay my mammogram until after my vaccine?

The Society for Breast Imaging came out with a new recommendation. It suggests people should schedule mammograms either before their shot, or wait anywhere from four to six weeks after the vaccine to avoid any confusion. However, doctors stress that this recommendation should only be followed on a case by case basis.

RELATED: How to make a COVID-19 vaccination appointment in Virginia

Are swollen lymph nodes more common with the Moderna or Pfizer vaccine?

According to Dr. Primeggia, both vaccines are reactogenic vaccines which provoke a strong immune response. The side effects that people report, including the swollen lymph nodes, are the body's reaction to the vaccine generating antibodies, ultimately providing protection.

"All of the COVID vaccines are going to evoke a strong immune response from the body. What we do see is that older patients have a less robust immune system, so they are less likely to report these symptoms than younger patients. Remember we are anticipating an immune response so if swollen lymph nodes are part of that, that's okay," said Dr. Primeggia.