Davis mom hopes son's battle will encourage others to get vaccinated

“It’s terrifying to have a 9-year-old child with cancer knowing that you could be in a waiting room, waiting for a blood transfusion and contract a deadly disease." 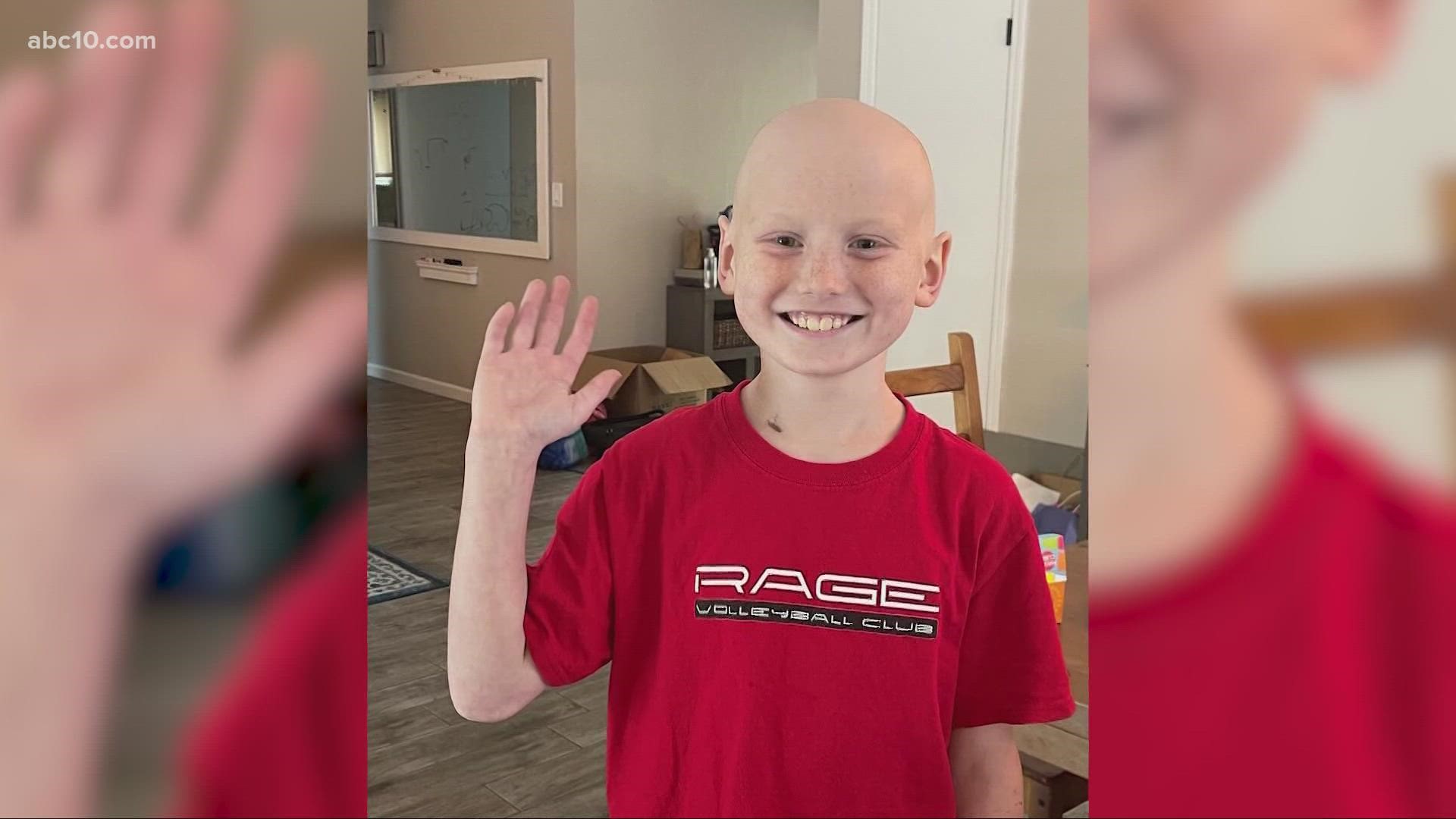 DAVIS, Calif. — A mom of three is speaking out and pleading with the community to get vaccinated. She says it’s everyone’s job to help protect the most vulnerable, like her 9-year-old son who is battling cancer.

“It’s really hard. He’s nine. He’s not super into being cooped up in a hospital. He’s very high energy, and it’s been just a really difficult situation to watch him have to go through that,” she said.

On Aug. 25, Nathan’s doctors said his platelets were low, and he needed an emergency blood transfusion. So, they told the family to go to the emergency room.

“It was very, very crowded and very busy, and I know my husband tried to find the furthest corner where they could huddle up and hang out and try and stay away from people,” Hunsucker explained. “It’s terrifying to have a 9-year-old child with cancer knowing that you could be in a waiting room, waiting for a blood transfusion and contract a deadly disease that would kill him.”

Hunsucker said Nathan had almost no immune system at the time because of chemotherapy and the resulting low platelet count.

“In that moment as a mother, it is absolutely enraging. I mean, you want to protect your child. You want to do everything you can,” she said.

After waiting for an hour and a half, Nathan’s doctors told the family to go home, saying delaying treatment was less risky than COVID exposure.

Now, Hunsucker is speaking out. She has nothing but praise for her doctors and the hospital.

Hunsucker said the reason her son is in danger is a lack of collective effort.

“People aren’t taking the steps they need to take to protect, not only themselves, but other vulnerable populations and that’s why I was so angry.”

Hunsucker said her family knows what it means to serve.

Hunsucker said she knows everything has become political.

“It shouldn’t be political, and it should be just as simple as saying, ‘Hey, this is a bad thing.’ We need to eradicate it like we did measles or smallpox or any of these other diseases,” she said. “We don’t have any more time to mess around with it. It is at a critical point. We just need to take action.”