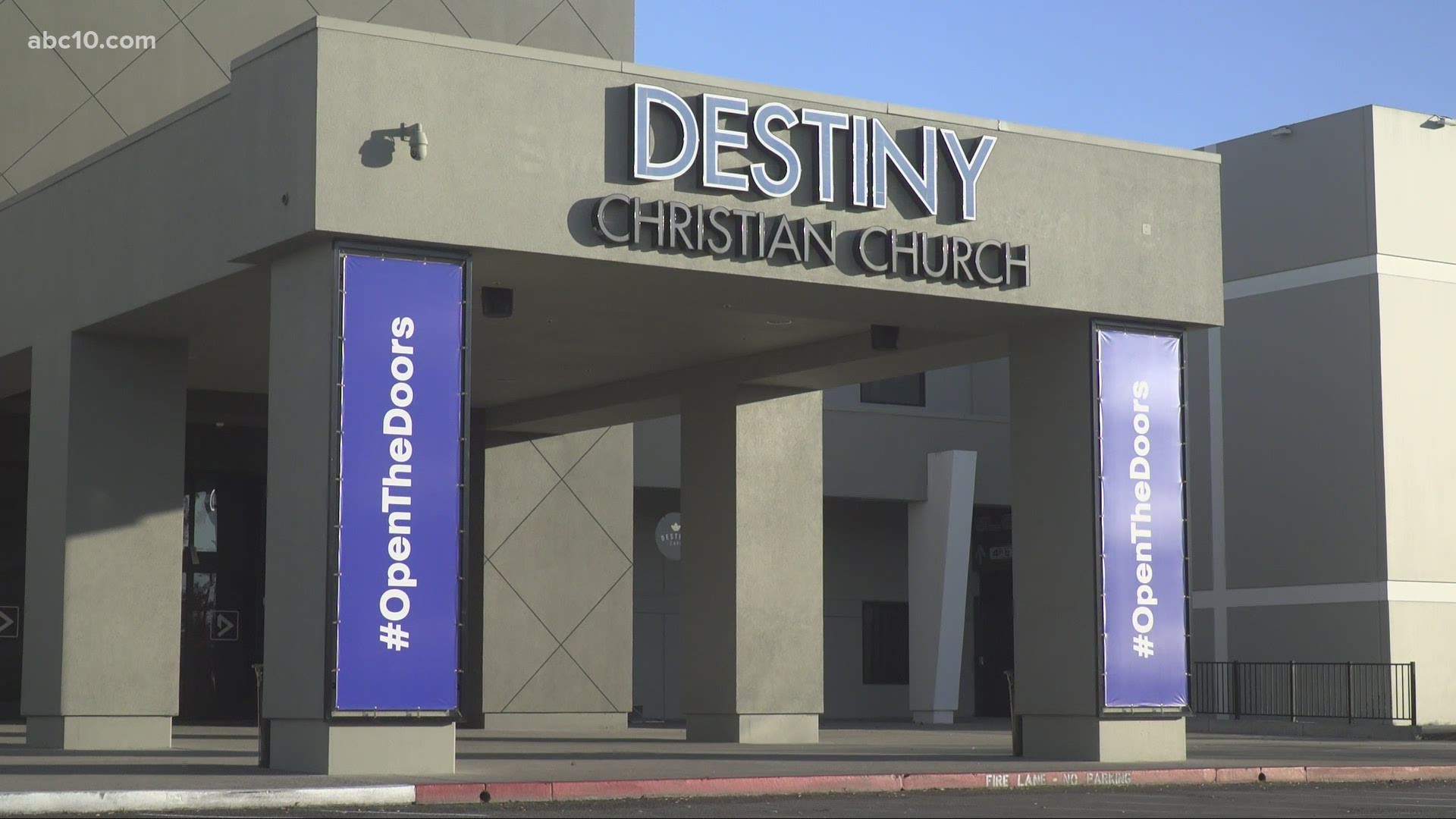 While the ruling pertains to New York, California religious groups like Destiny Church in Rocklin said it's a win for them too.

Pastor Greg Fairrington of Destiny Church said that's because it's a win for the first amendment, which includes freedom of religion. That's why he's continuing to defy California COVID orders restricting indoor gatherings for counties in the purple tier, like Placer, he said.

"I've never downplayed the virus. I realize it's real and people are getting it and getting sick, but we as American citizens have a First Amendment right," said Pastor Fairrington. "America is a great nation because we have liberty."

He said he's thrilled about the Supreme Court's decision.

Destiny Church is taking COVID-19 precautions, which include separating families, taking temperatures, sanitation stations and requesting attendees to wear masks but not requiring it.

"We beat Costco every time," said Pastor Fairrington. "Their parking lot has been jam packed every day of the pandemic, and I don't hear anyone saying they can't be open."

By remaining open, Destiny Church is violating current California health orders for counties in the purple tier, which is the case for Placer County. That means no religious services should be held indoors.

He said holding service is good for mental health, and that it is also courageous.

But he said ultimately, it's his congregation's choice whether or not they decide to come to church in-person.

"Nobody makes anybody come to church," he said.

He also noted other gathering events that could spread COVID-19 like protests or celebration in the streets for the Lakers NBA title win haven't received backlash, but the church has, despite the church having the protection of the First Amendment.

ABC10's Andie Judson asked him about how the Bible teaches us that life is sacred and that's why so many of the Christian faith view homicide and abortion as sins, yet if the coronavirus threatens life, why continue to hold gatherings?

He answered with a comparison to traffic fatalities, saying we should change speed limits to 25 mph in order to protect all life, but he does recognize that COVID kills.

"We are going to have people, who unfortunately, die of COVID, but it's such a small percentage," Pastor Fairrington said. "People are getting sick, but they're recovering from this sickness."

In regard to enforcement from Placer County on state regulations, Fairrington described the county as "being amazing."

ABC10 reached out to Placer County for comment on if and how they're enforcing California COVID guidelines, we'll update this story when we receive a response.