Two of those classrooms at Folsom Hills reported infections after the first day of in-person classes on Nov. 12. 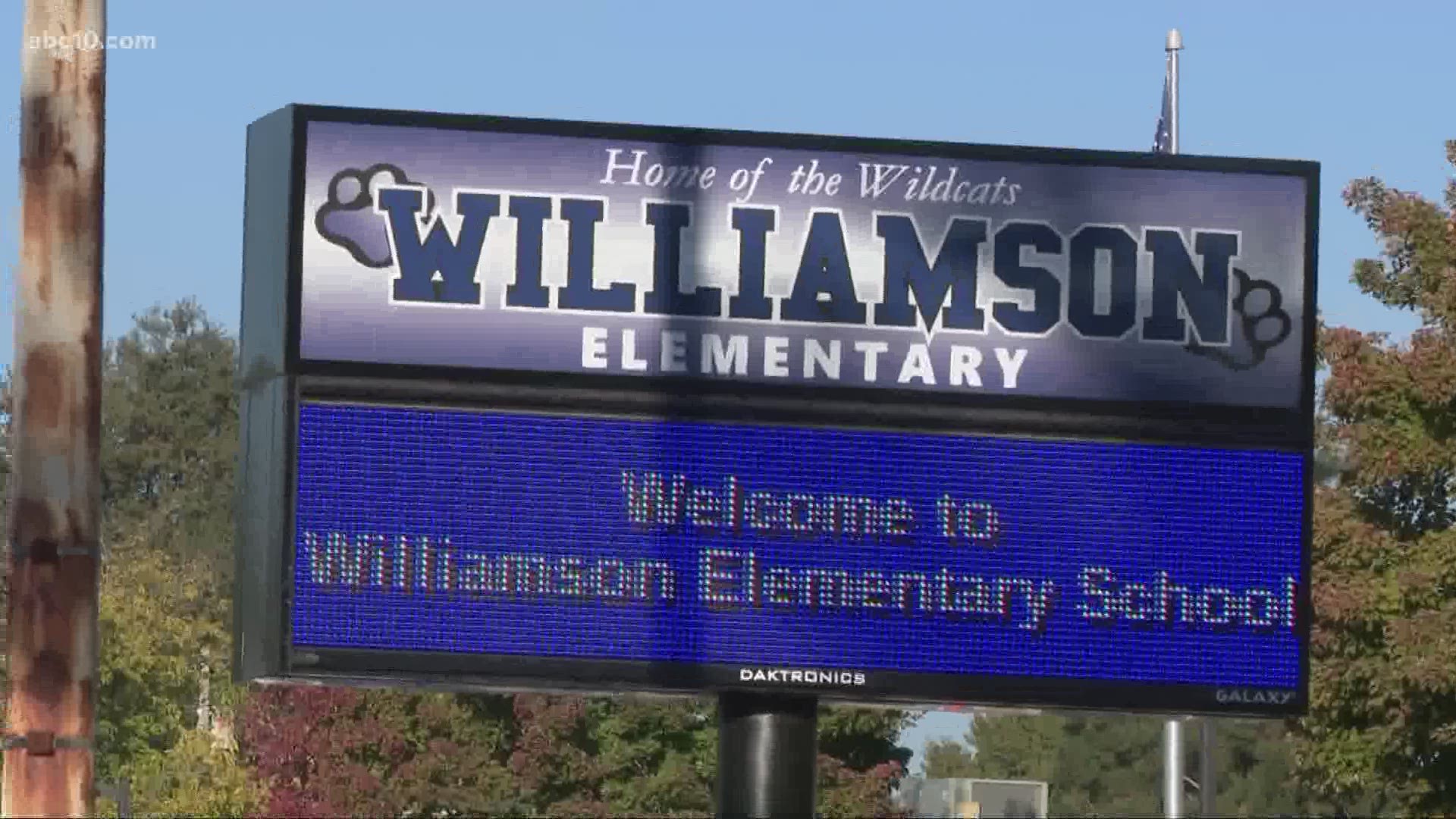 FOLSOM, Calif. — The Folsom Cordova Unified School District [FCUSD] moved ahead with a hybrid learning model for its schools, even after it was announced in early November Sacramento County was moving back to the purple tier.

The schools only just reopened last week. A parent of a Folsom Hills student who wished to remain anonymous spoke with ABC10 about the sudden shift.

"My son started on Nov. 12 and went to school for two days. We received an email saying that our cohort had been exposed on Nov. 12 to a student who tested positive. So, my son now is told to quarantine for two weeks," the parent said.

Parents in those classrooms at Folsom Hills were reportedly told that due to Thanksgiving break, students would be distance learning this week, then return to in-person class on Tuesday, Dec. 1. The Folsom Hills parent said  any plans to visit grandparents for the break have been canceled because of the positive cases.

"When we told our son, he immediately started crying because he thought he did something wrong," the parent said. "He was scared he might have brought the virus home. Those were his first two immediate reactions. He then was sad he couldn't see his friends and that he already was back at distance learning."

Angelica Miklos, President of the Folsom Cordova Education Association, did not know if the people infected were students, teachers, or staff at both schools, but said that there were no reports of an outbreak at the time.

"We were hopeful that we weren't going to deal with this two days in, but this is the reality right now," Miklos said.

The teachers association advocated for continuing a full distance learning model before FCUSD's reopening day, but the district moved ahead with a hybrid model even though it was announced Sacramento County was moving back into the most restrictive coronavirus tier. The association had a rally ahead of an FCUSD board meeting that determined the district would continue with in-person learning.

However, after the first day of classes, some parents were notified that their students and families would need to quarantine.

"I did not see that happening that quickly," Miklos said. "Looking at other districts that have opened, it's gonna happen eventually. I mean the odds were that it would, but I did not anticipate it happening so quickly by any means."

According to Miklos, each cohort in a class is stable, so that students are not mixing. This is why there are only four classrooms switching to distance learning and not the entirety of both schools.

In a statement to ABC10, Director of Communication and Community Engagement at FCUSD Angela Griffin Ankhelyi wrote, "I wouldn’t be able to respond to specifics, as we are committed to maintaining privacy for all students and staff. However, I can tell you that if any individual, who has had a presence on a school or District site, tests positive for COVID-19, our process to is notify all who were in close contact with that individual, and to follow the recommendations provided by public health officials for quarantining with the steps outlined in this guideline here."

The Folsom Hills parent said that when their family picked the hybrid model, it was because they were told by the district that if Sacramento County moved back into the purple tier, the district would switch back to distance learning for all students. However, Sacramento County said that since the district's plans to bring students back were done while the county was still in the red tier, they are able to continue with the reopening process.

About 4,900 students across 20 elementary schools in this district returned to campus for in-person learning for the first time since March on Nov. 12.

The news of coronavirus infections has started a "witch hunt" among the parents as people want to know who was the cause, according to the Folsom Hills parent that ABC10 interviewed.

Folsom Cordova Unified may not be ready for the wrath of families who feel they can no longer celebrate Thanksgiving with grandparents and loved ones. At the same time, parents are still at a loss for what to do about their other school-aged children.

"His siblings are in other classes and we had no word on whether they are to attend school or quarantine," the Folsom Hills parent said. "My best guess is because the district is 'building the plane as they fly it' and making this decision as they go. It's 3 p.m. Monday and still no word from the district on what to do because they weren't ready for this."

Miklos said at this time, a full distance learning model across the district would probably be the best option.

"It would have been safer to have just stayed with distance learning for a just bit longer, just until we saw the numbers stabilize," Miklos said. "I just don't think it was a prudent move of the district to move to hybrid given where the county was trending and that ended up within days."

UC Davis officials said the fraternity party, which had from 10 to 20 people attending, broke both university's and county's quarantine guidelines. 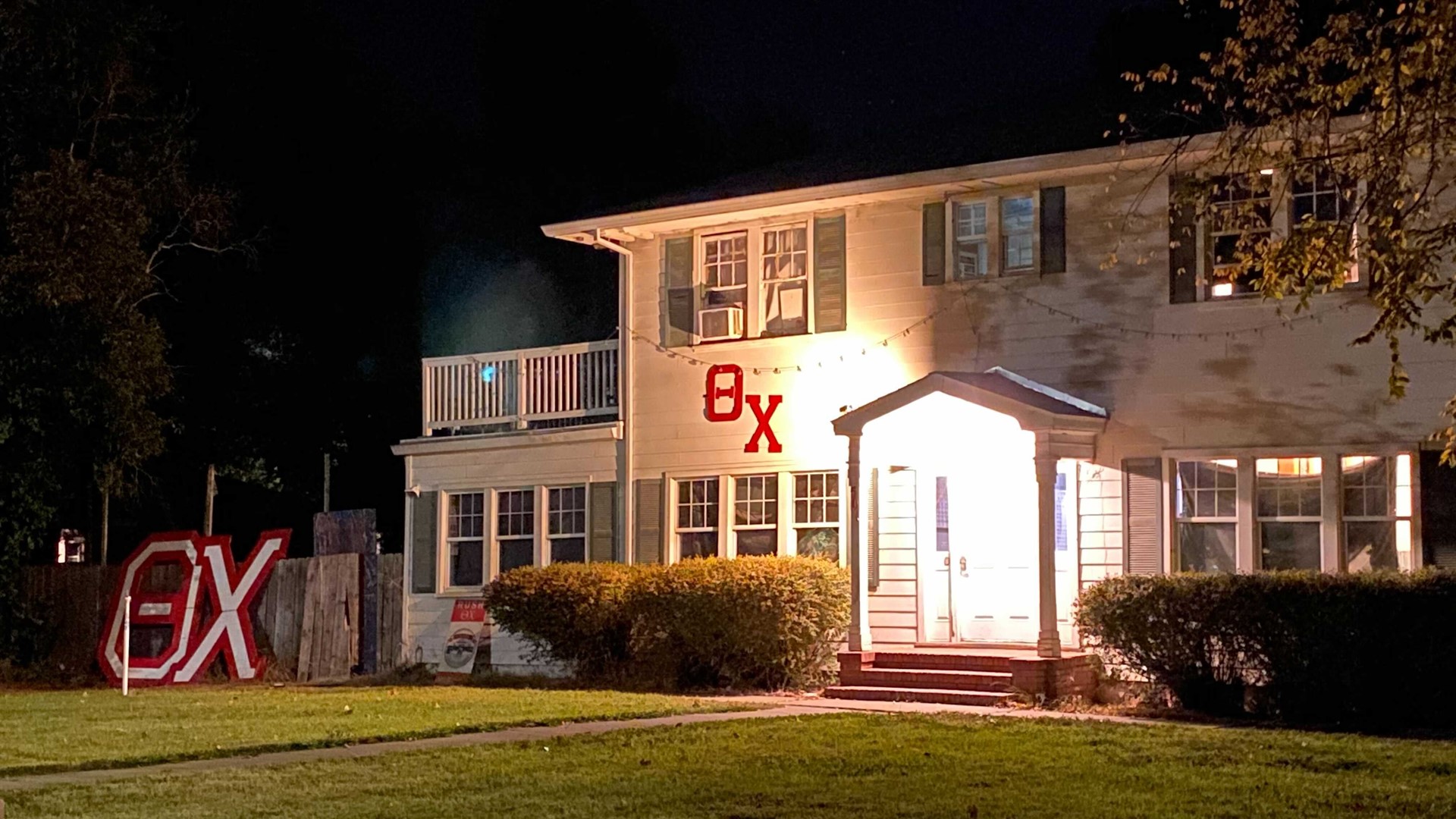