For many Californians, the pandemic marks the end of ‘barely making it’

The pandemic is accelerating the demise of the middle class, leaving many unable to sustain financial independence. 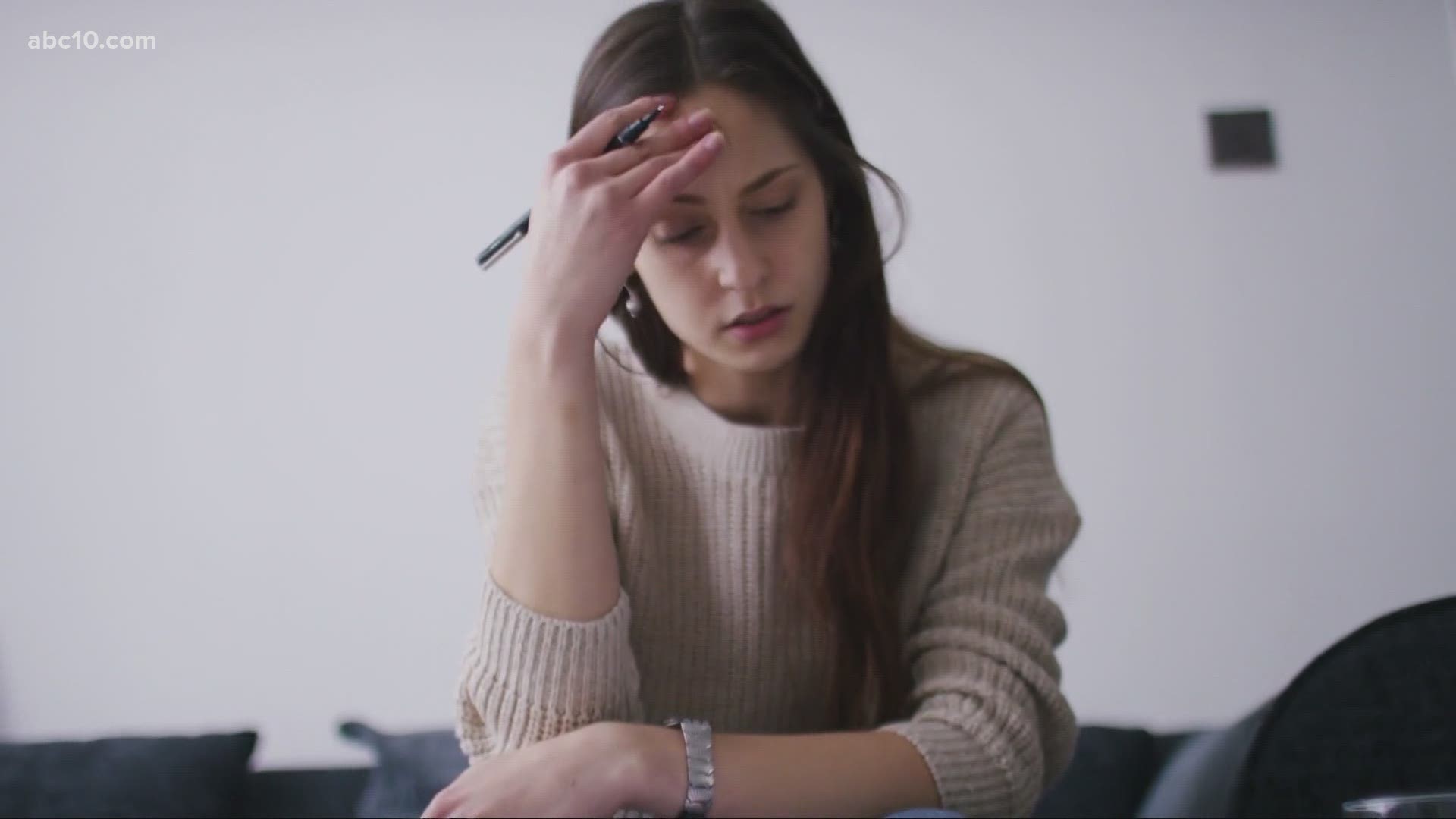 CALIFORNIA, USA — Sarah Rivas was barely making rent since she’d moved to the city of Sunnyvale, in Silicon Valley, California. When, three months into the pandemic, she woke up to an email from her school announcing a nearly 7% cut in teachers’ pay, she gave up a three-year battle.

“I moved into my parent’s house,” said Rivas, who’s been teaching her class of twelfth graders from Sacramento, three hours from their high school. “Not what every 26-year-old wants to do.”

Rivas makes above the median household income in the U.S. and hasn’t lost her job due to pandemic closures. Yet her inability to financially survive the pandemic is the manifestation of a foundational economic fracture between California’s haves and have-nots. And for many middle-income workers, the pandemic marked the end of “barely making it.”

Home to one hundred and sixty-six billionaires, who made over $235 billion since the beginning of the pandemic, the Golden State also has the highest poverty rate: 17.2% percent when adjusted for the cost of living, according to a recent Census Bureau analysis.

“How can you be normal when that’s what it takes?” Rivas said. If Summit Denali charter school reopens this year, Rivas will have to face a difficult choice: either quit her job or find a new place to live in Silicon Valley. “I’ll never be able to buy a home, I’m never going to be able to comfortably raise a family there.”

She isn’t the only one struggling: one Mill Valley high school teacher, who asked not to be identified, described contemplating sex work to fill the gaps left by her roughly $65,000 salary. Others switched to gig or low wage work. Experts worry that, on top of increased distress for the poor, the state’s already-shrinking middle class is taking a hard hit too.

“We kind of already had a hollowing of the middle class — that’s not going to help,” said Dr. Sylvia Allegretto, a labor economist and co-chair of the Center on Wage and Employment Dynamics at the University of California, Berkeley. “This is going to be harmful for families, you’re going to see more food insecurity, then evictions play out.”

Credit: Anne Wernikoff/CalMatters
Sarah Rivas, 27, spends time with her parents, Gerry and Melody Rivas, in her their home in Elk Grove, Calif. on Oct. 13, 2020. Sarah has been living with her parents since March after giving up her apartment in Silicon Valley which, she says, cost her nearly half of her salary in rent. Photo by Anne Wernikoff for CalMatters

In the Bay Area, what used to be the packed parking lot of the San Francisco Giants is now a makeshift drive-thru food pantry. Collective food fridges popped up in front of Oakland houses so the hungry could eat.

One in four Californians filed for unemployment since March, and the state’s unemployment rate in August was still three points higher than the rest of the country, with 11.4% percent, according to the state Employment Development Department.

Some found new work, but job growth has been slow and many have had to settle for the lower-paying jobs available on the market, often without career prospects.

Rivas, who learned in September — months after she’d moved out — that the school would reinstate teachers’ full pay, isn’t sure whether she’ll be able to find new housing. Rents haven’t gone down, she says, and she might become one more California worker unable to afford to live where they work, no matter how much she loves her job or how good she is at it.

“I think one of the key things to recognize is that economic value is increasingly based on information and knowledge — not labor,” said Chris Benner, a longtime professor of sociology at the University of California, Santa Cruz. So, hard work and long hours are not rewarded as generously as ideas and information, and in the Bay Area, people’s ideas are often worth a lot in the form of investments, wealth, and net worth. But Benner points out our system taxes income, not net worth, leading to increased wealth disparity.

In the Bay Area, the one-time federal check of $1,200 plus additional $500 per child barely made up one month’s rent for many. Thanks to the latest federal Lost Wages Assistance Program, workers who lost work due to the pandemic can now apply to receive an extra $300 (the previous program provided $600), although applicants must already be receiving $100 or more from regular unemployment.

Credit: Anne Wernikoff/CalMatters
Sarah Rivas, 27, sits for a portrait in her parents’ backyard in Elk Grove, Calif., on Oct. 14, 2020. Rivas, a history teacher at TK in Silicon Valley, has been living with her parents since March while teaching online in order to save money. Photo by Anne Wernikoff for CalMatters

Other governmental emergency programs like the one-time federal stimulus check and the Pandemic Electronics Benefit Transfer, which provided eligible families with up to $365 grocery money, have expired or about to. So are many local eviction bans still protecting renters from having to pay a quarter of their rent starting in September, a requirement under Gov. Newsom’s new statewide regulation. Between March and July, the median amount Californians received in unemployment was $339 — the equivalent of less than $20,000 a year. For many, that might not be enough to stay housed.

“It’s a lot of suffering and not a lot of coverage,” said Michael Katz, a regional coordinator for East Bay Works, a state-funded provider of workforce programs.

To many, the streets of the Bay Area are renowned for the enduring homelessness crisis as much as for the renowned tech giants of Silicon Valley. In-between, California’s middle class isn’t done shrinking; teachers, artists, waiters and gig workers are awaiting their fate, often one government program away from having to take a minimum-wage job — or lose their homes.

“I love my job, I love these kids, but this is stressful. This is hurtful,” Rivas said.