What would it take for counties to move out of the purple tier, now that the stay-at-home order for the Greater Sacramento Region has been lifted. 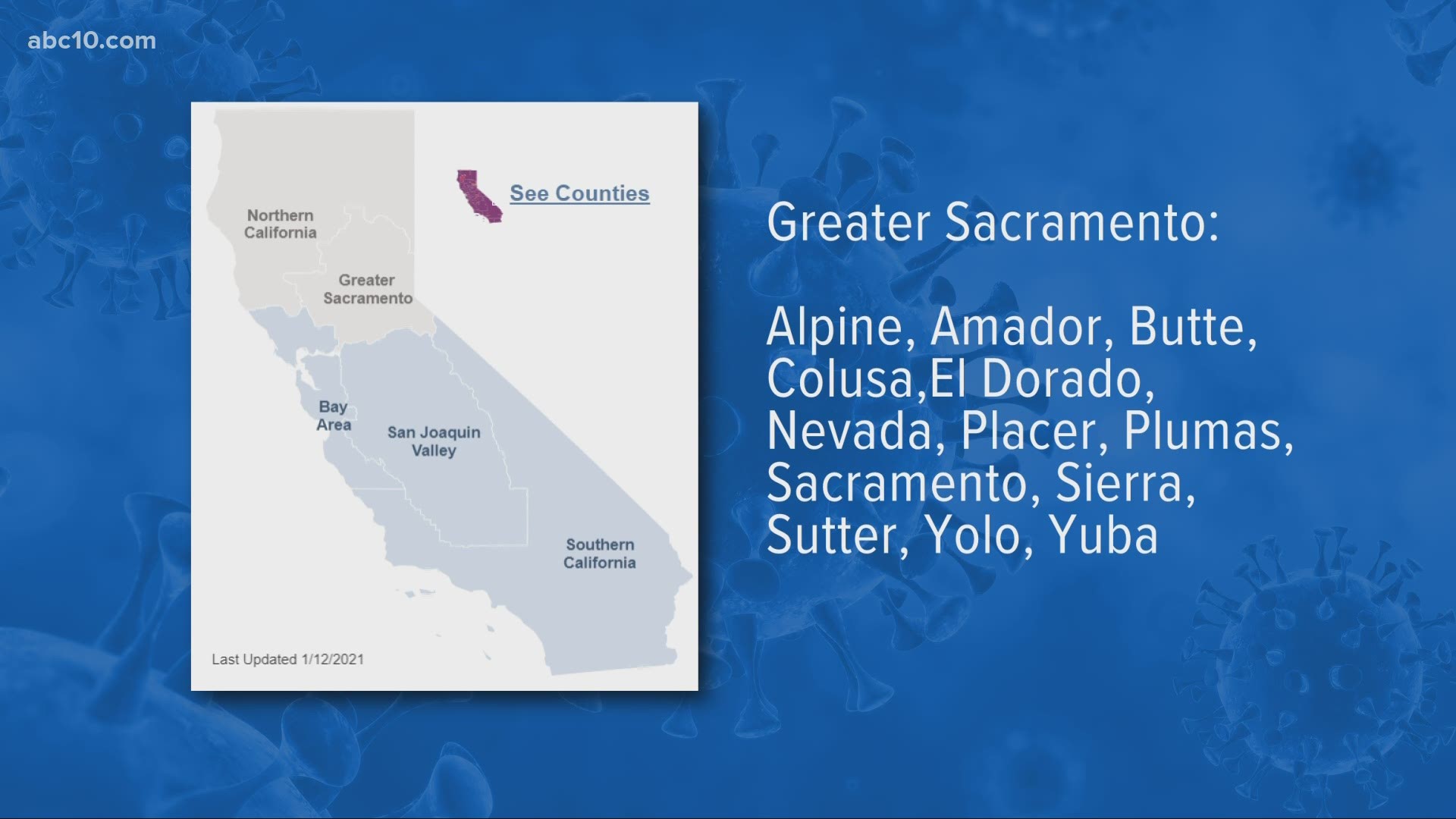 SACRAMENTO, Calif. — After weeks under a regional stay-at-home order, the Greater Sacramento Region had its order lifted, according to Governor Gavin Newsom.

For Amador, Butte, Colusa, El Dorado, Nevada, Placer, Plumas, Sacramento, Sutter, Yolo, and Yuba counties, this means a move back into the California's purple tier in the "Blueprint for a Safer Economy.” Sierra County moved to the yellow tier and Alpine County moved to the red tier.

According to Brenda Bongiorno, spokesperson for Sacramento County, the county will need to revise its local Public Health Order, and afterward, the county will revert back to purple tier restrictions.

In the purple tier, bars remain closed unless they serve food, and restaurants, gyms, houses of worship, and theaters can only resume outdoor operations. Retail will allow for slightly more customers, having operating indoor capacity move from 20% to 25%. Hair and nail salons can open indoors with modifications. The limited stay at home order, or 'state curfew,' requiring people to stop gathering from 10 p.m. to 5 a.m., will continue to be in place for purple tier counties.

The purple tier is the state's most restrictive tier, leading to the question: what will it take to move out of purple and into red, orange, and yellow tiers for counties no longer under the regional stay at home order?

To move to a less restrictive tier, first residents will just have to wait and work to keep cases down. There is a 21-day mandatory waiting period before a county can be considered for the next tier.

But as the Greater Sacramento Region waits, counties can work on their average case rates and positivity rates. Under the tier-based reopening plan, counties must meet a lesser tier's metric requirements for two weeks before a county can move to the less stringent tier, according to the California Department of Public Health.

Counties must get to less than seven cases in its seven-day average per 100,000 residents with a seven-day lag and a positivity rate of less than 8% to leave the purple tier and go to the red tier. If a county in the purple tier has a positivity rate or case rate meeting the orange tier and the health equity metric is also meeting the orange tier requirement, the county could move to the red tier.