Placerville Hardware, the second oldest operating business in California, shared how it has survived the COVID-19 pandemic with its ever-changing inventory. 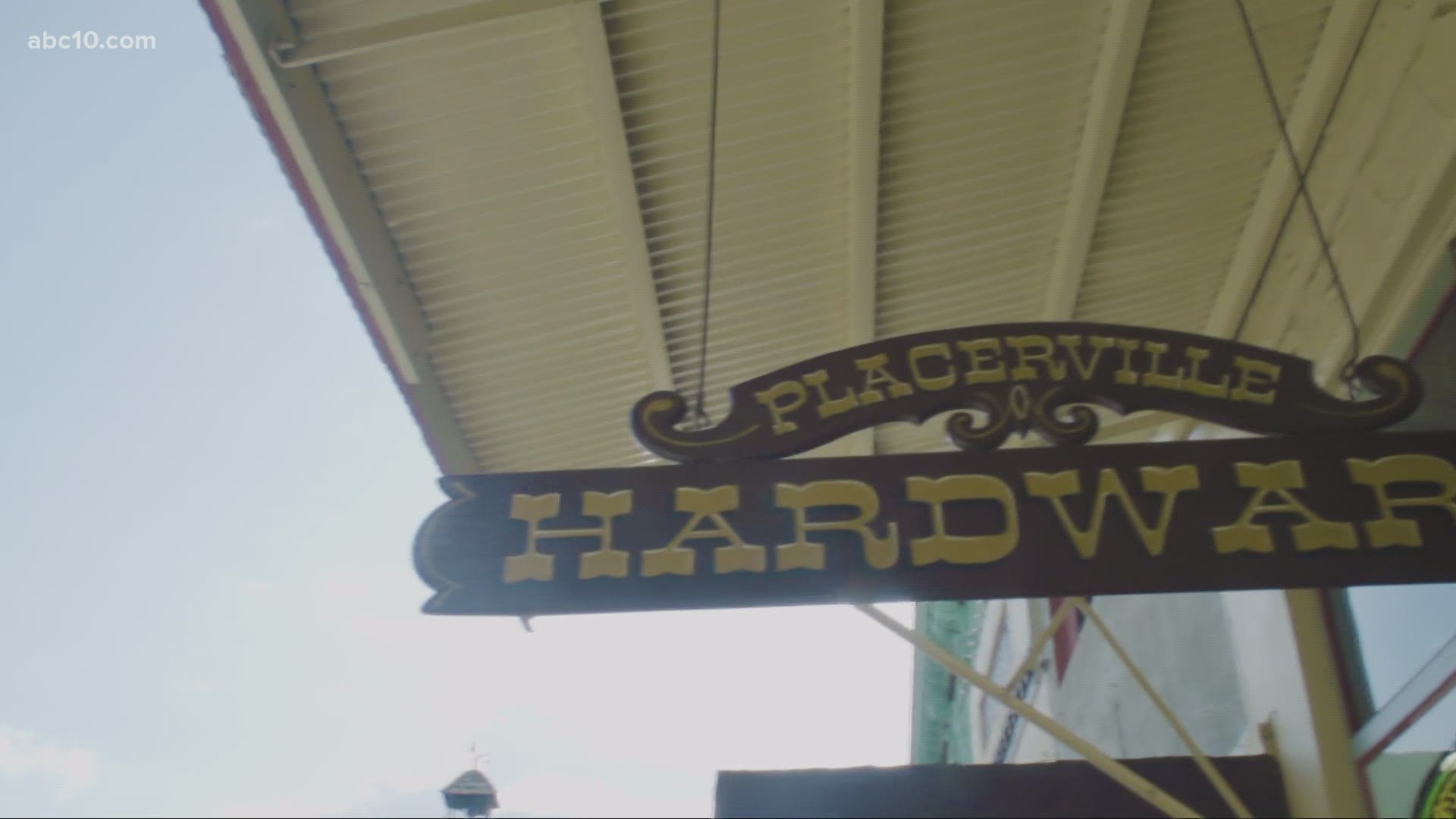 PLACERVILLE, Calif. — Take a walk down Placerville’s historic Main Street and you’ll find a hardware store that's seen it all.

At 169-years-old, Placerville Hardware is the second oldest operating business in California. According to its current owner and a sign on the window, "the oldest hardware store west of the Mississippi."

It’s not a typical hardware store. Every wall, even the ceiling, is full of tools and supplies, of course, and then cooking utensils and unique gifts, like fart machines and giant wind chimes. But customers and store co-owner Albert Fausel said what really made the place shine was its history.

"The gold rush really got this town poppin’ off," Fausel said.

Placerville Hardware opened back in 1852 to supply the influx of miners during the gold rush.

"Everybody getting their gold in Coloma, trying to get dynamite, shovels, coal, fireplaces, you name it," Faucel explained.

It was that ever-changing inventory to meet the demand of the times that had gotten Placerville Hardware through depressions, recessions, war times, and two pandemics—one in 1918 and now, the coronavirus pandemic more than a century later.

When there was a run on supplies in March 2020 at the start of shutdowns, Fausel was able to stay stocked enough on essentials to help other businesses and customers.

"I had the toilet paper, I had the soaps, and different hand sanitizers and stuff," Faucel said.

Faucel said this time around, even though he never had to fully close since hardware stores were considered essential, the closures of the non-essential businesses on his block affected the historic strip as a whole.

"It takes a whole amount of small businesses to keep a good vibrant main street," he explained. "A lot of us still made it. We’re just going, 'what’s next?' But you know us, little guys, we keep going. It’s like our dream to be a small business and do it ourselves."

A dream he hoped to pass on one day. Placerville Hardware had been in Albert Fausel's family for the last 65 years. Faucel, the third-generation owner, said his son, Ajay, would take the reigns when it was time to retire.