A poll found 74% of Californians believe the worst of the pandemic is over. Meanwhile, health professionals warn of a fourth wave. 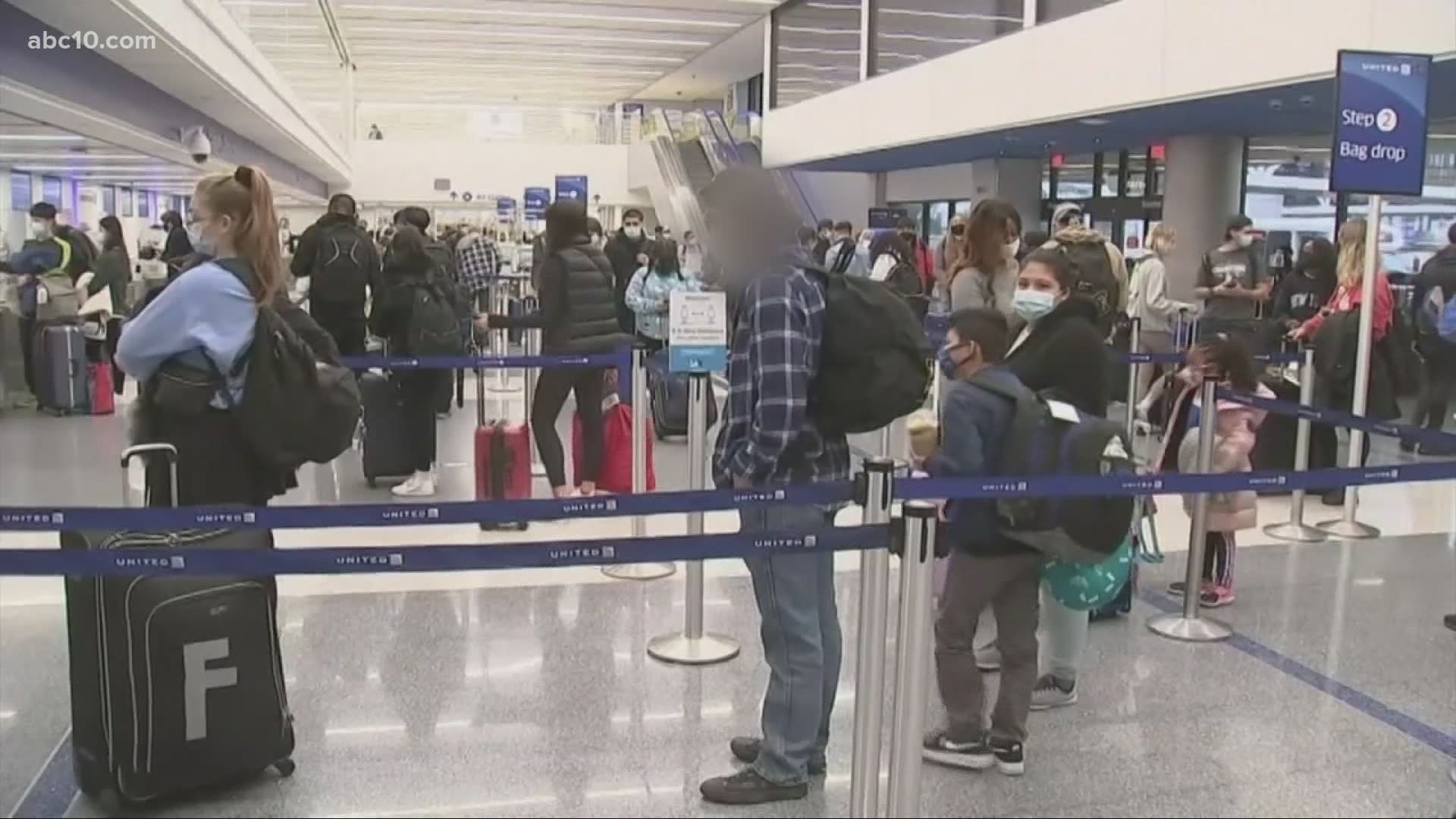 SACRAMENTO COUNTY, Calif. — In early March, a Public Policy Institute poll found 74% of Californians believe the worst of the pandemic is over. Meanwhile, health professionals warn of a fourth wave of coronavirus cases.

"My biggest concern is that this increase will outpace the rate that we're able to vaccinate individuals," explained Dr. Shashank Ravi, assistant director at Stanford's emergency department. "Many of the states seeing the spikes are the same states lagging behind in vaccinations."

Twenty six states have seen a rise in COVID-19 cases going along with the rise of new variants. Nationwide, infections are up 15% in the last two weeks. Brad Pollock, Associate Dean for Public Health Sciences with UC Davis School of Medicine, said as long as people are still susceptible to COVID-19, California, like the rest of the country, is not out of the woods just yet.

"It is absolutely possible for a fourth wave," Pollock explained. "Remember we don’t have the majority of people vaccinated. California, we’re in the 25-27% range. Other parts of the country might be different, but you saw some examples in Miami Beach with spring break folks where, no masks, high density, huge chance for new transmission."

Even as more and more people get vaccinations, Pollock said research does not yet show that people are 100% protected from the coronavirus.

"It’s pretty clear that if you were fully vaccinated and you get infected, the likelihood of you having very serious disease or dying is extremely low, so that's a good thing, we're protected," he explained. "But that doesn’t mean you can’t transmit the virus to someone else. And the data that gives us some indication that you’re not capable of being a carrier if your vaccinated is emerging. I think in the next couple months, for instance, Israel, who has vaccinated such a huge portion of their population, they're going to be able to answer that question. Whether or not people who are vaccinated are really capable of being carriers and spreading it to other people. The likelihood is that they're not, but we don't have that evidence yet."

He said as restrictions loosen up, and more people get back to traveling, for instance, without herd immunity and attention to safety precautions, cases could go back up.

Higher vaccination rates along with wearing masks, social distancing and limiting indoor activities were precautions Pollock said people should continue to take to stop the spread of COVID-19.

"That is why I think people are more optimistic right now because they’re seeing the vaccine rollout accelerated now and they're aware we're going to open up the vaccine eligibility to everybody essentially over 16 years of age come the middle of April," Pollock explained. "But it's important to stay vigilant right now."

Although Pollock said the pandemic is absolutely not over and people should not let their guards down, he explained that being optimistic is not far-reaching. He predicted if not by the fall of 2021, we could see some sort of normalcy by the end of the year.

"The end is in sight, that’s for sure," Pollock said.

WATCH NEXT: Stanislaus County is expanding vaccine eligibility to people 16+ ahead of the state