The district learned the flyers were created by a family and given to students to distribute to others at school. 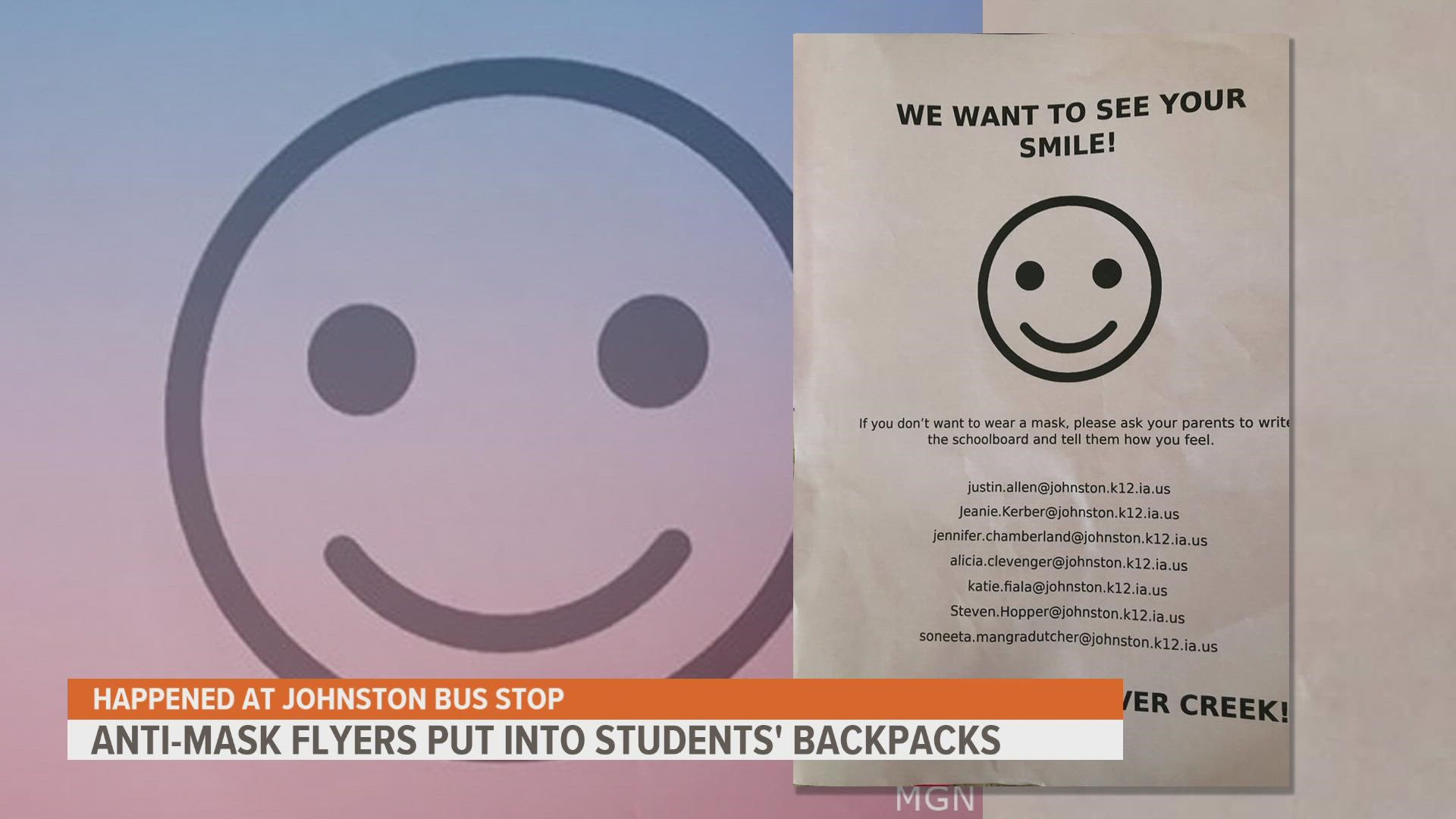 JOHNSTON, Iowa — Flyers with the header, "We want to see your smile" were created by a Johnston family and given to students at a bus stop as a way to distribute them inside an elementary school in the Johnston Community School District last week.

According to a note sent to Beaver Creek Elementary families on Friday, a parent was at a bus stop on Thursday morning, putting the anti-mask flyers in students' backpacks.

Additionally, the family gave it to some Beaver Creek Elementary students to distribute to other students when they got to school.

Several families contacted the school district about the flyers, saying they did not agree with the content on the fliers and did not approve of having their child's privacy violated.

Beaver Creek Elementary Principal Eric Toot said the flyers "were not created nor were they endorsed by the school or district."

Staff members were told by district officials to throw away the flyers immediately.

One parent who contacted Local 5 about the flyers called them "disturbing" and felt her child's privacy was violated.

A district spokeswoman told Local 5 the district "has addressed it to the fullest extent possible" and had no further comment on the incidents.

According to the district's policy, any group outside of the district wanting to distribute materials within the district must have the materials approved by the Director of Communications and meet certain standards.

Toot said in a note to families that he is unsure how many flyers were distributed to others at school.

Johnston School Board members decided at a special meeting last week not to immediately reinstate a district-wide mask mandate, even as other central Iowa school districts brought back their policies on masks.