Researchers emphasize that being vaccinated still protects from getting the virus and transmitting to others. 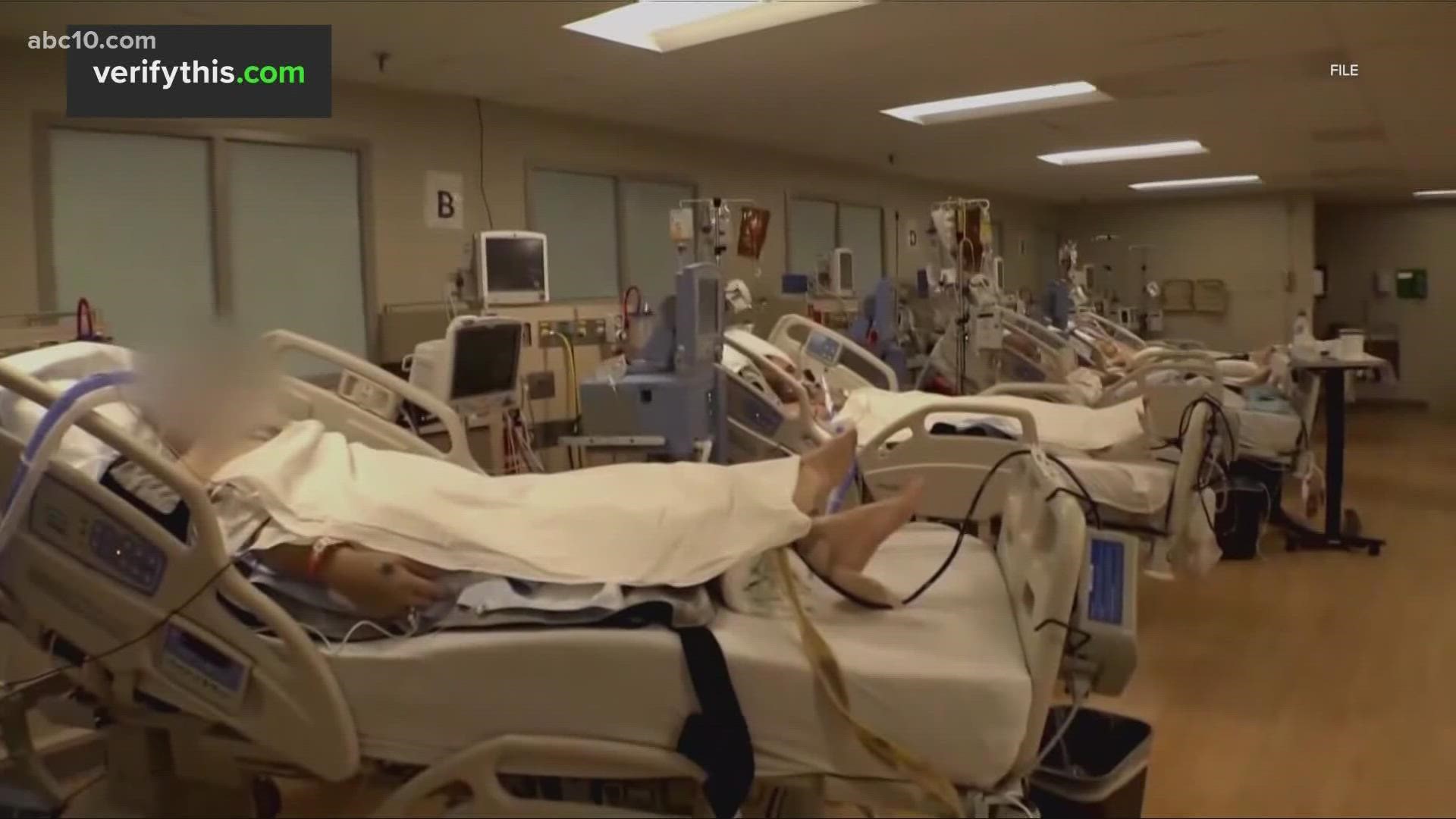 DAVIS, Calif. — Researchers at the University of California, Davis Genome Center and UC San Francisco say a new study further highlights the need to mask up, even if you’re vaccinated.

The new data looked at viral loads among people who are vaccinated and unvaccinated who tested positive for the delta variant.

It also looked at people positive with the variant who were symptomatic and asymptomatic also focusing on the viral load or the amount of virus that is detected.

UC Davis says they did the study using positive samples from asymptomatic testing at UC Davis for Healthy Yolo Together and at the Unidos en Salud walk-up testing site in San Francisco's Mission District.

“This is a retrospective study, so we were doing all this testing for public health surveillance for the disease anyway, and all we did is go back and look at the data. Asking this question of, ‘Do we see a difference?’ because there's been mixed reports from other groups about whether or not Delta, there were lower levels in vaccinated individuals,” Dr. Coil said.

Dr. Coil says the study found that there’s statistically no difference in how much of the virus the symptomatic or asymptomatic people have or the vaccinated or unvaccinated.

That he says further confirms that having no symptoms or being vaccinated is not a free pass in high risk situations such as being in larger crowds such as a bar or concert.

“It's still important to consider masking and social distancing if possible, because those prevent you from getting the virus and prevent you from giving it to others without saying, “Oh, well I was vaccinated. I don't have any symptoms. I'm fine’, Coil said, “Because there's a lot of people who have no symptoms, but are still spreading a lot of virus.”

Coil says that being vaccinated is still the best course of action.

“I want to emphasize that this has been misinterpreted on social media as an argument against vaccination,” Coil said, “Being vaccinated still protects you from getting the virus quite significantly. And probably also reduces the probability of transmitting to others. All we're saying is of the people who got infected, many of them still have a lot of virus in their system.”

UC Davis says that as of mid-September, 41 out of the 49 patients who were hospitalized with COVID-19 at UC Davis Medical Center in Sacramento were unvaccinated.

To see the study and its findings, click here.

(Editor's note: This story's headline has been updated to better reflect the study's findings.)

WATCH MORE ON ABC10: Vaccine Team | New study out of UC Davis saying we need to mask up, even if you're vaccinated