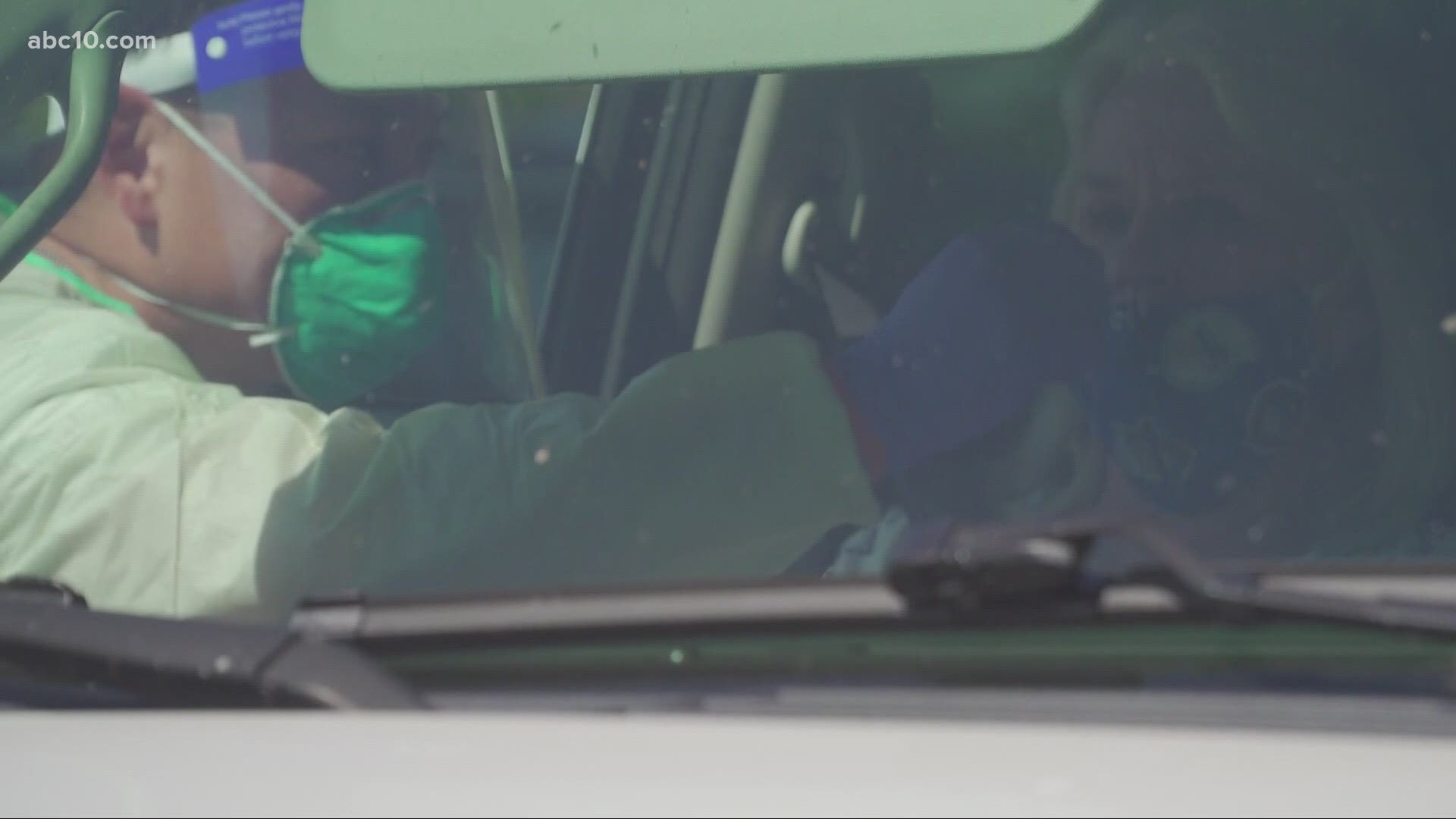 SACRAMENTO, Calif. — As coronavirus cases continue to climb, Gov. Gavin Newsom lasered in on one of the state’s new hot spots — the Central Valley, an eight-county region where the positivity rate of COVID-19 is well above the state average and hospital beds are filling up.

The region, which includes Kern, Kings, Fresno, Merced, Stanislaus, Madera, Tulare and San Joaquin counties, will receive millions of dollars in new funding to aid its response— a move that came as a surprise to at least one of the counties.

While the statewide positivity rate over a 14-day period has held steady at around 7.5%, in the Valley, it ranges from 10.7% to almost 18%, Newsom said during a briefing at a nut processing plant in Stockton. Much of the spread is happening among essential workers, he said.

The 45 hospitals in the region are feeling the pressure.

“Some of the regular hospital beds that we depend on for everyday care are filled up with COVID patients to the rate of 65%,” said Dr. Mark Ghaly, health and human services secretary.

Newsom said the state will invest $52 million in federal money to help these counties with staffing, testing and contact tracing, among other things. The funding comes from a $499 million grant from the U.S. Centers for Disease Control and Prevention. Funding for these counties has to be approved by the Legislature.

The state also will send three “strike teams” to help curb the spread of the virus, similar to those dispatched in May to Imperial County. The response teams include personnel from the state’s emergency services, social services and Cal/OSHA, which oversees workplace safety.

The teams will help investigate outbreaks in congregate settings, such as nursing homes,  as well as in agricultural workplaces.

In Imperial County, a similar effort helped reduce the 14-day case rate by 63%, which also lowered the number of patients that needed to be transferred to hospitals outside the county, according to the governor’s office.

A spokesperson for Stanislaus County, in the northern part of the Central Valley, said the county was not aware they’d be getting this aid.

“We have no knowledge about it,” said Deputy Royjindar Singh.  “Sometimes the governor makes announcements and he identifies our county specifically…but it’s a surprise to us.”

In Fresno County, for example, Latinos make up about 53% of the population, but 65% of COVID-19 deaths.

Chavez said Latinos are hit hard because they are more likely to live in multigenerational households, tend to have higher rates of chronic conditions and make up a large portion of the essential workforce.

The Central Valley, for one, is home to a $35 billion agricultural industry that is worked in large part by a Latino and immigrant population.

Last week, Newsom announced the state is working on more protections for its essential workers including farmworkers, truck drivers, construction workers and grocery employees. A new program, Housing for the Harvest, for example, will provide hotel rooms for agricultural workers who test positive and need a place to isolate.

Assemblymember Joaquin Arambula, D-Fresno, said the new funding and attention to this area is urgent. More testing is especially needed in rural parts of these counties, he said. In Fresno County, there are three testing sites, aside from testing provided by health providers, but they’re all located in urban areas, he said.

“It becomes hard for them (residents) to find transportation, time and child care to come to urban centers,” Arambula said, who is pushing for more mobile testing in rural parts of his district.

Across the state, hospitalization and ICU admissions continue to trend upward, but at a more modest pace. Several weeks ago, ICU admissions were up 39% over a 14-day period; they now are increasing by about 7%, Newsom said.

CalMatters.org is a non-profit, nonpartisan media venture explaining California polices and politics.CalMatters health care coverage is supported by a grant from the Blue Shield of California Foundation.