The cases were identified in the first week of school and follow a photo taken by a student that shows a crowded hallway there. 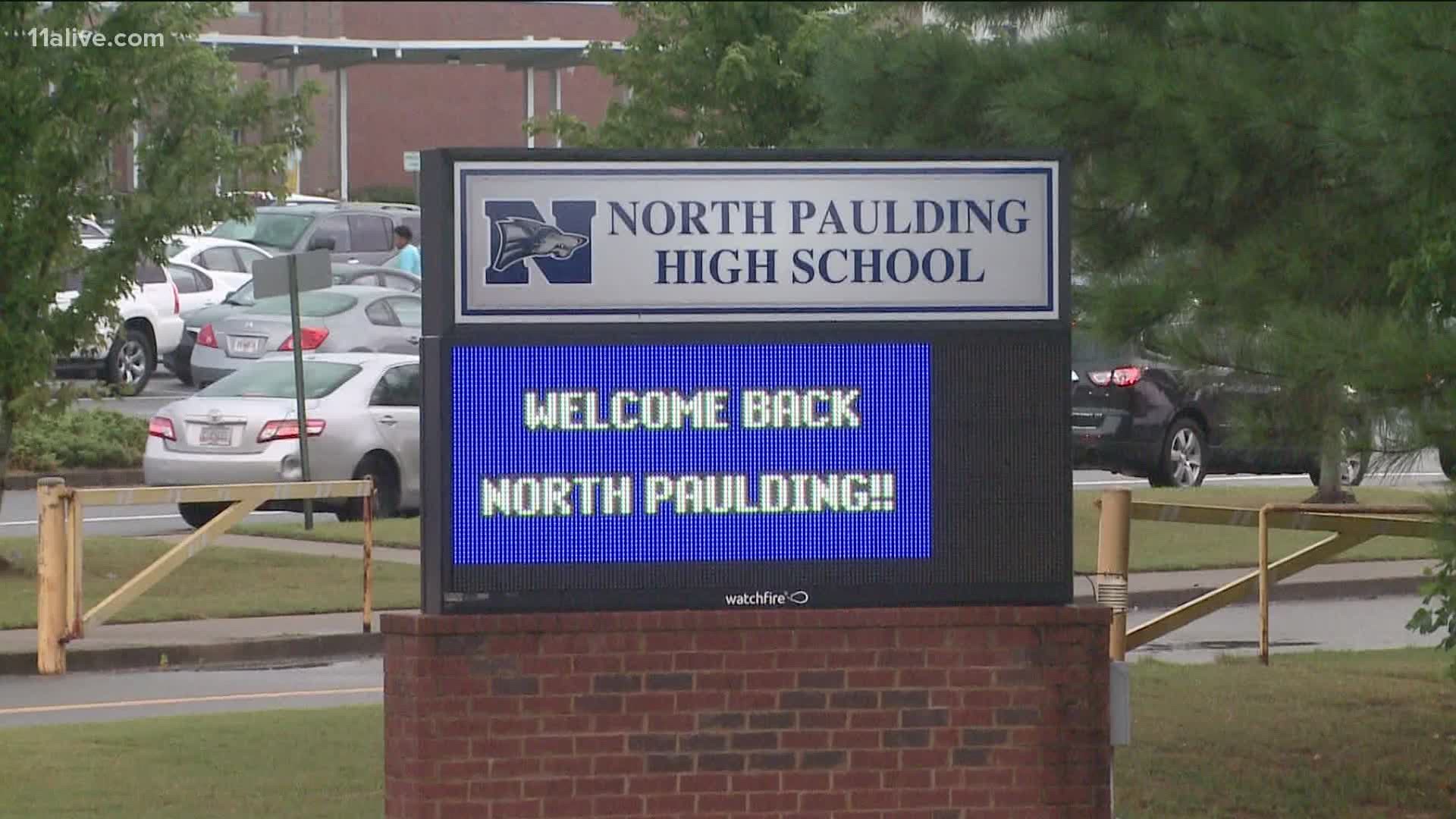 PAULDING COUNTY, Ga. — Roughly 24 hours after sending out a notice to parents about nine new cases of COVID-19 in one school, the Paulding County School District has announced students at that location will be going virtual for at least two days.

There will be no in-person instruction at North Paulding High School on Monday or Tuesday. Parents will find out on the second day if the online learning plan will remain in place any longer.

"I apologize for any inconvenience this schedule change may cause," Paulding County School District Superintendent Dr. Brian Otott wrote. "But hopefully we can all agree that the health and safety of our students and staff takes precedence over any other considerations at this time."

In addition to the nine cases - three staff members and six students - Otott said that there would be a possibility that the case numbers increase if pending tests come back positive.

Otott said the school district consulted the Georgia Department of Public Health on the best actions to take at North Paulding High. The result was a move to the digital model.

The letter to parents said that, on Monday, teachers will post assignments on "Canvas.". On Tuesday, students will participate in digital learning. There will be no extracurricular activities or in-person learning at the school on either day.

On the two days that the school is closed, the superintendent said it will be "thoroughly cleaned and disinfected."

"The district will consult with the Department of Public Health to assess the environment and determine if there any additional close contacts for confirmed cases who have not already been identified," he wrote.

Several days before the decision to go digital, North Paulding High School had already announced that some members of the football team had tested positive.

And, in the first days of school, a photo from the school taken by a student went viral online showing a crowded hallway at the school. She was initially suspended for the photo with the school system claiming she violated school policies. However, she said the suspension was lifted after public outcry.

Like the letter regarding the nine new cases sent on Saturday, the new letter also includes a number of proactive measures parents can take to to "keep classrooms safe and healthy."

These include screening children and taking their temperature twice a day. Parents should also check for COVID-19 symptoms such as fever, chills, headache, sore throat, cough, fatigue, loss of taste, loss of smell, shortness of breath, congestion, muscle aches, nausea, or vomiting.

The letter also reiterates that district guidelines require any students or staff who are confirmed cases, along with any who were in close contact with them, must quarantine for at least 14 days.