After being put on a ventilator, Manuel Castro was given an experimental drug called Remdesivir. "I'm pretty lucky I was able to get it." 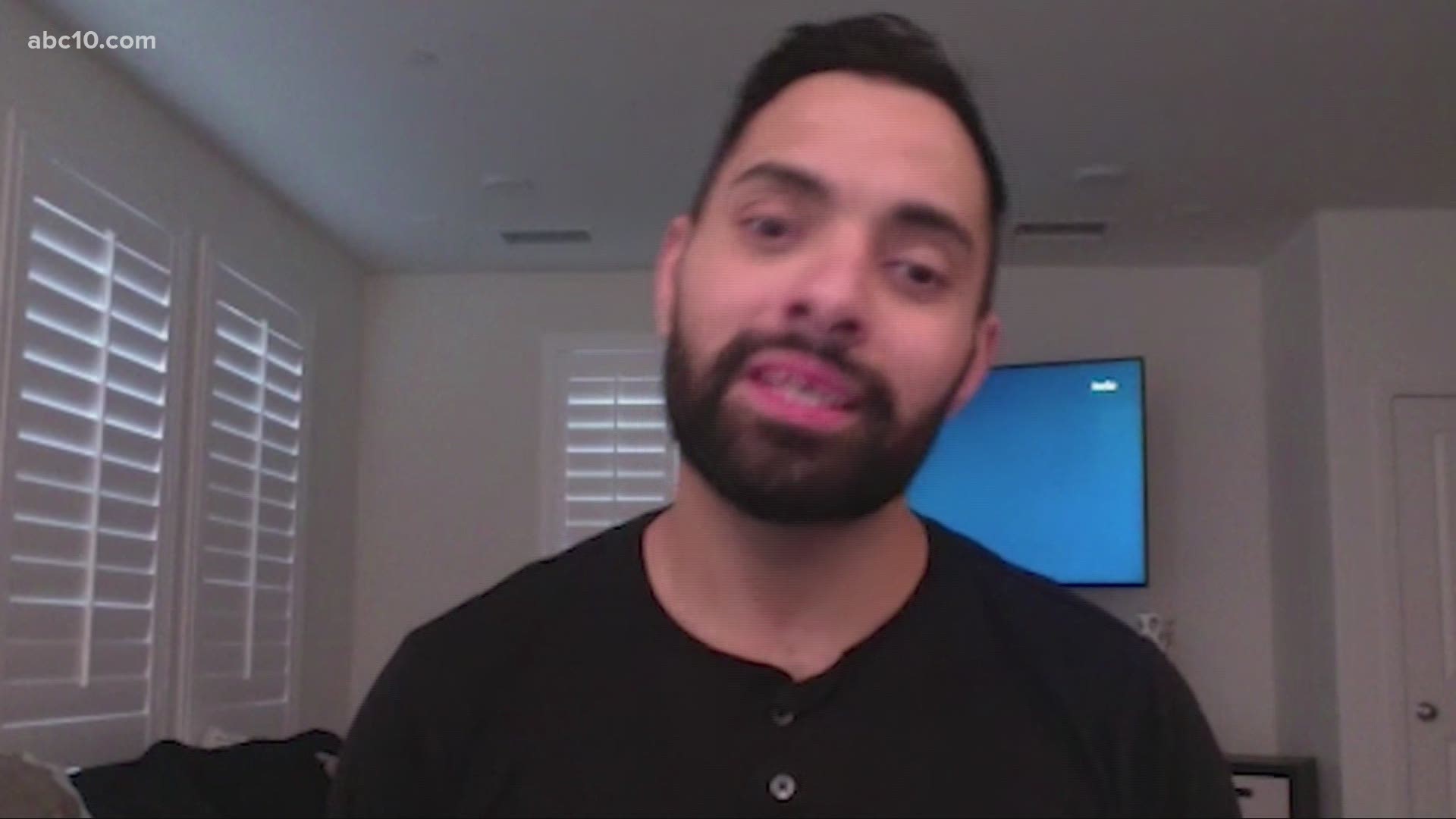 ONTARIO, Calif — Manuel Castro, 33, is registered nurse in emergency medicine. He knew the impact the coronavirus was having around the world because he was on the front lines fighting it.

Still, he didn't think he'd ever contract COVID-19. On Saturday, March 21, the Ontario, Calif. resident knew something was immediately wrong.

"It was weird, because I lost my sense of taste," Castro said. "I lost my sense of smell that day, and I felt out of it. Like, I was almost delusional, and I knew right away something wasn't right, because I've never had those symptoms before in my lifetime."

Castro said he went to the hospital and got tested. His fears came true. He tested positive for the novel coronavirus, which, as of April 16, has killed nearly 140,000 people in the world.

After being rushed to the hospital days after testing positive, Castro began taking an experimental drug created by Gilead Sciences called Remdesivir. The drug has shown promise against past coronaviruses in the past and in lab tests against COVID-19.

"It seemed to turn me around," Castro said. "So I'm pretty lucky I was able to get it."

RELATED: After weeks in the hospital and days on a ventilator, a 78-year-old Sacramento man is home recovering from COVID-19

"I was in denial about it at first," he recalled. I really didn't think I had a fever but I knew I did. And I didn't think it was going to happen to me, but it did happen. And I wish the community or the public could see that it could happen to anybody."

At first after testing positive, Castro thought he was in the clear. But his experiences as a nurse informed his reaction, this was nothing to underestimate.

"Three or four days later, I was taking a shower, and I was like, 'OK, I'm doing fine,'" Castro explained. "And all of a sudden, I couldn't breathe. And it got worse and worse within like an hour or two... So I rushed to the emergency room. About 10 to 15 minutes into the emergency room, they were putting me out... putting me on the ventilator."

Castro said he didn’t even have time to notify his family or friends, so his nurses held his hand as they put him under and onto the respirator.

While he was out, the hospital located his family in an effort to get approval to put Castro on the experimental drug Remdesivir that he qualified for.

Castro doesn’t think he would have made it without the experimental drug. Two days after being put on Remdesivir, he recovered.

No drugs have been approved for treating the COVID-19 yet, but at least five large studies are testing Remdesivir. Gilead Science, the company that produces the drug, has given it to more than 1,700 patients on a case-by-case emergency basis.

Castro said he believes he would not be alive if it weren't for the drug.

RELATED: 'I feel lucky to be alive' | Coronavirus survivor asks everyone to err on side of caution

Castro isn't out of the woods yet. He’s still not 100%, and it could be some time before he feels totally normal. The registered nurse isn't really the poster child for the virus.

He said he does not smoke and he works out several times a weak, but he said the virus "completely destroyed me. Like, I lost 25 pounds."

"I can't walk far. I can't use my stairs yet, because you're so weak," Castro explained. "And I remember the first couple days, I couldn't even pick up water to drink it or anything."

Now that Castro is feeling better, he said he's taking more time for the little things and trying to enjoy life.

Still, while most people would be scarred by their experience, Castro said he’s ready to work.

"I'm trying to get back as soon as possible, because to get back on the front lines and taking care of patients again — that's what I love to do," Castro said. "It's my passion, so I can't wait to do it again."

FOR THE LATEST CORONAVIRUS NEWS,
DOWNLOAD THE OUR APP: