The protesters were at the governor’s mansion protesting the treatment of inmates as COVID-19 cases continue to rise in California state prisons. 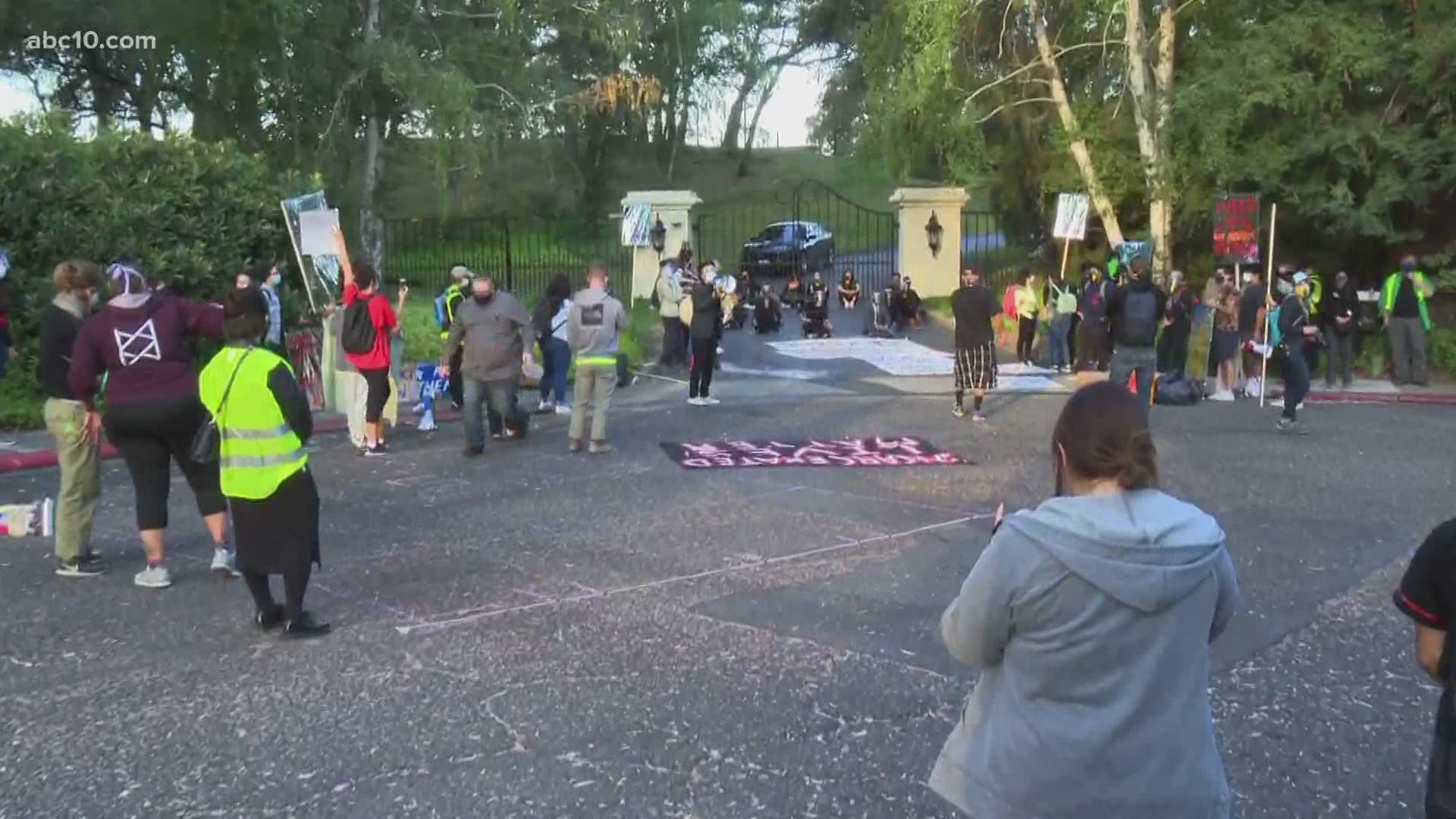 Protesters outside of Gov. Gavin Newsom’s home in Fair Oaks were arrested for unlawful assembly and trespassing on Monday morning.

The group had gathered outside the governor’s mansion to protest the treatment of inmates at California state prisons as COVID-19 cases continue to rise in the prison system. This also comes after two more coronavirus deaths by inmates in California prisons on Friday.

Some protesters had signs that said "Incarcerated Lives Matter" and "Free Them All."

California Highway Patrol said there were about 50 to 60 protesters.

The protesters gathered peacefully at Newsom's home early in the morning on July 27. More than a dozen police officers were standing by in riot gear trying to disperse the crowd when protesters sat down and chained themselves together in front of the gate at the governor’s home.

Authorities said they met with protest organizers, but ultimately issued three dispersal orders for people to leave the area or face arrest.

While CHP said many protesters voluntarily left the driveway and sidewalk area, they noted that officers also had to cut the chains to separate and arrest other protesters that stayed.

14 people were arrested on charges of unlawful assembly, failure to disperse after a warning, and trespassing and failure to leave. CHP said they were all arrested without incident and no injuries were reported.