After receiving a letter from San Joaquin County, Sean Covell has relented, opting to keep his gyms closed while he goes through the legal process to reopen them. 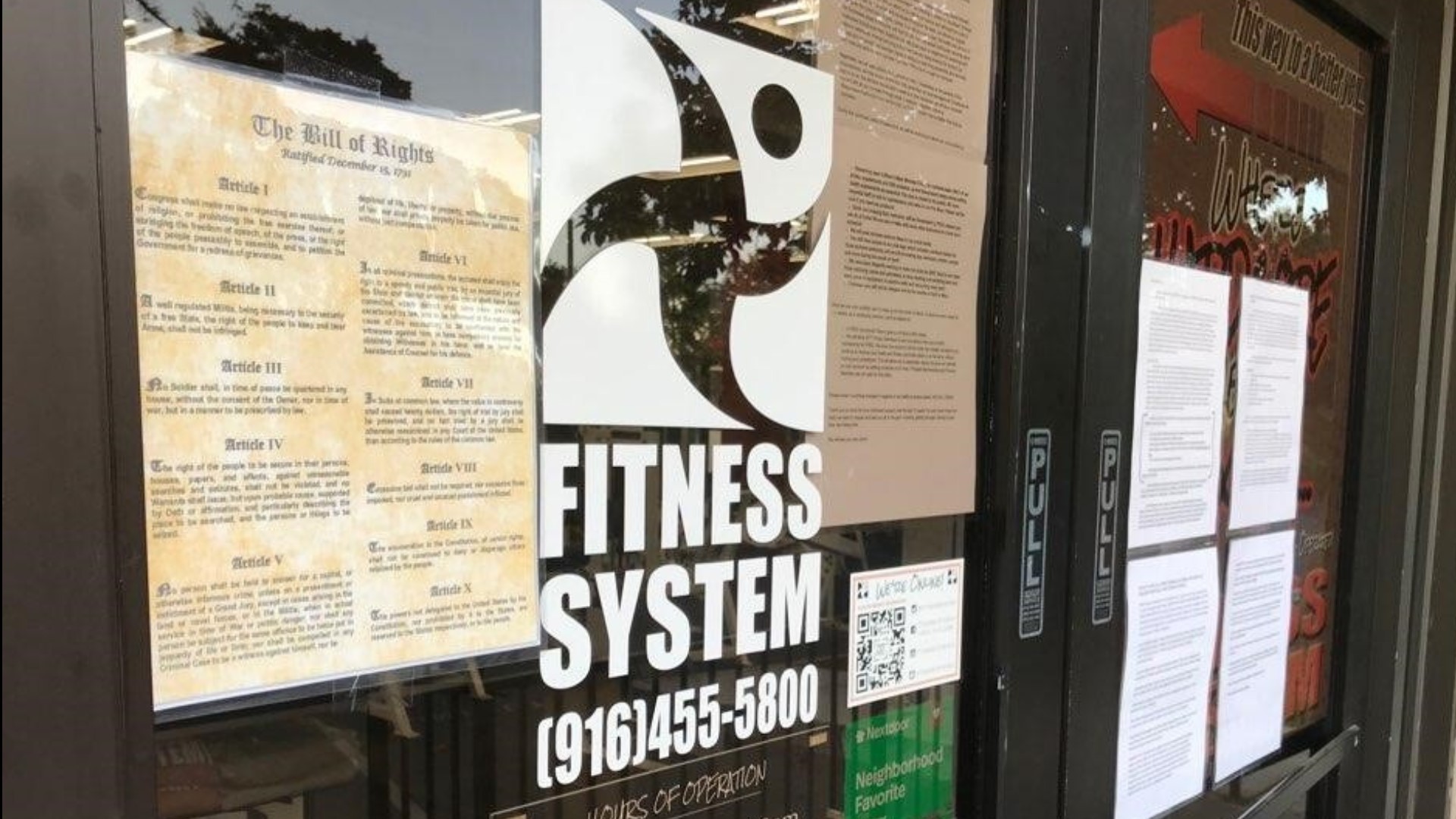 SACRAMENTO, Calif — Sean Covell, owner of three Fitness Systems gyms in Sacramento, West Sacramento and Lodi, has had the Bill of Rights plastered on the doors of his facilities after the state and local stay-at-home orders forced his clubs closed.

The reason? Covell said the stay-at-home orders violates his constitutional rights, which is why he planned to defy the orders and open his three gyms on May 1.

But after receiving a letter from San Joaquin County, Covell has relented, opting to keep his clubs closed while he goes through the legal process to try and open them up.

"Our attorneys have advised us to not open the clubs until we have been granted an injunction on the order," Covell said in a statement to his Fitness System members. "We will keep you updated as soon as possible."

Early this week, Covell sent a letter to gym members saying that he would open his three locations on Friday — Lodi and West Sacramento at midnight, and his Sacramento location in the early morning.

But, in a letter addressed to Covell and his attorney, San Joaquin County Counsel J. Mark Myles said opening the Lodi could result in misdemeanor charges that are punishable by fines or jail.

"The County of San Joaquin is prepared to pursue all available civil and criminal sanctions should you open your facility to the public," Myles wrote in a letter dated April 30, two days after he said the county was made aware of Covell's plans to reopen.

"Fitness centers, spas and gyms have not been identified as critical infrastructure facilities, nor are the employees for such facilities permitted to work" under state and local orders.

It's unclear if Sacramento and Yolo counties would have also given the same punishments as San Joaquin County, but Covell said the counties "will be pursuing the same policies."

State and county orders have been clear in saying that gyms are not considered essential businesses and should remain closed until state and county public health orders are lifted.

San Joaquin County doesn't have a specific date set for its public health order to lift.

"Our attorneys have taken over at this point," Covell wrote. "We appreciate the overwhelming support we have had from you all. We will NOT STOP fighting for your rights—we are now in court fighting for them."