Sacramento father dies from coronavirus as mother, daughter continue to battle the virus at home

About five days after being admitted, Isauro Acala was put into the ICU and placed on a ventilator. A few hours later, he died. His family never got to say goodbye. 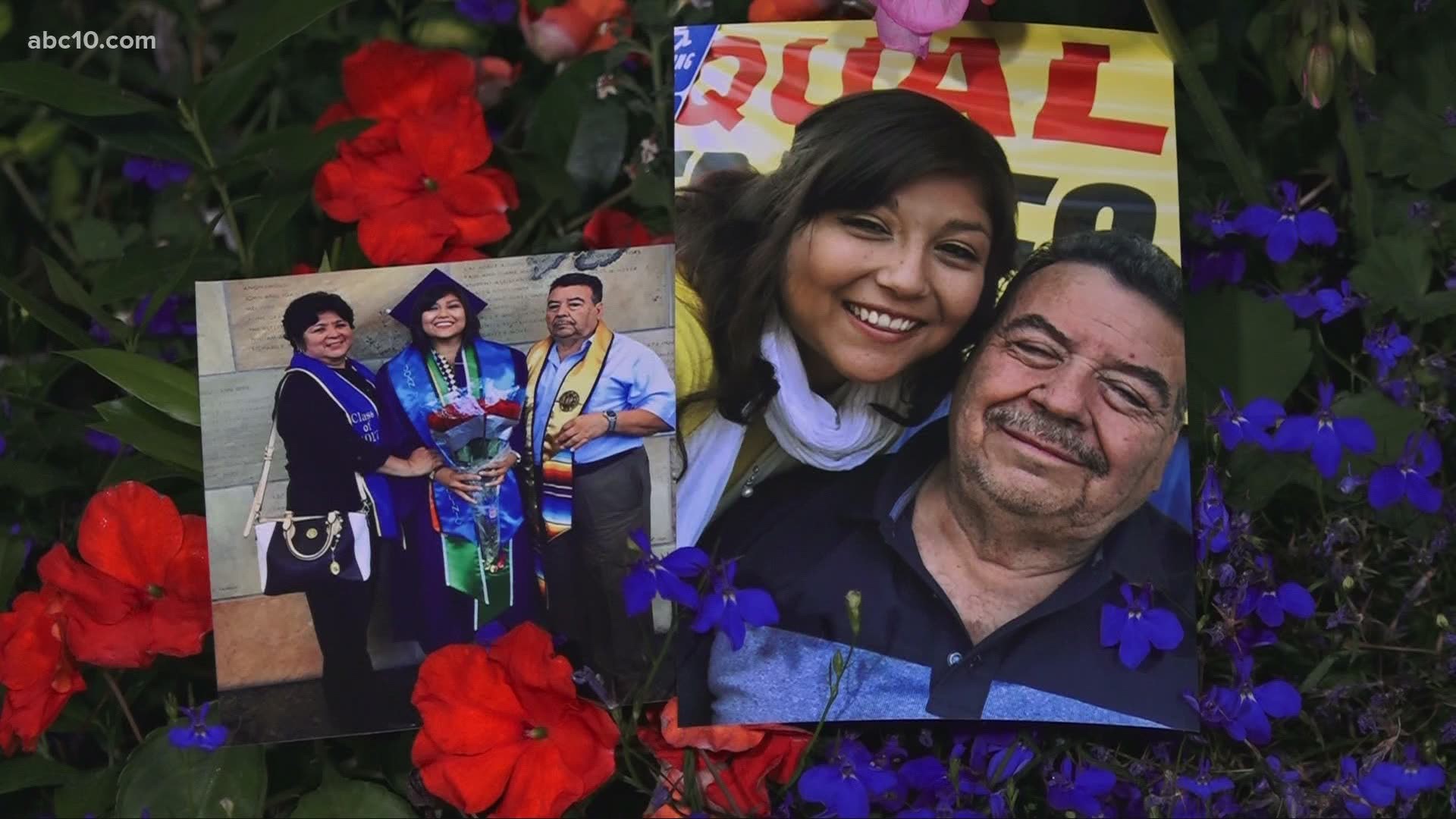 SACRAMENTO, Calif. — For 26 years, Isauro Acala was there for his daughter.

"He was at every piano lesson, every karate practice, every tournament — everything we did he was always always there," Trinidad Alcala said about her father.

Isauro Acala died on Monday due to complications from the coronavirus, a death that added to a startling statistic which has shined a light on an socioeconomic structure that has lead to Latinos contracting the virus at disproportionate rates.

In Sacramento County, 34% of COVID-19 cases in Latino residents, despite the fact that they only make up 24% of the population. Across the state, the numbers are more staggering — 57% of cases, but only 39% of the state's total population.

And there's a reason for that, experts say. Latino men and women are often what the state has deemed as "essential workers" during the pandemic — people who work in grocery stores, warehouses, hospitals, and often in the fields.

So when the country shut down, many in the Latino community continued working.

Isauro was no different, his family said. Isauro valued family and to have the family he wanted, he provided.

"I described him in the past as the jack of all trades, because he really did it all," Trinidad said. "He was a shoemaker at one point, and a taxi driver and he eventually found his love for music and love for his mom."

Isauro and his wife Hortensia Arcos started a band together. It was their passion, and it was one that paid the bills.

When the pandemic started, they had to stop performing, but when the economy slowly began to reopen, they decided to perform at a small gig.

"It wasn't very many people there, and after a couple days after that gig, around June 14, Sunday, he started to develop a minor cough," Trinidad said.

It was coronavirus. Hortensia Arcos was also infected with virus, as was Trinidad who lives with her parents. Both mother and daughter are still battling the virus at home.

Days after contracting the virus, Isauro's oxygen levels got so low, he went to the hospital. His family said the hospital hoped he would be OK because, "he felt fine. It was just that we wanted to make sure that his oxygen would stabilize," Trinidad recalled hospital officials telling the family.

About five days later, he was put into the ICU and placed on a ventilator. After a few hours went by, he died. Trinidad never got to say goodbye.

"He's used to being around us all the time, and so I think all these stressful factors, his body gave out," Trinidad said.

Trinidad says she's at peace knowing her father is in a better place, but it pains her not being able to say "goodbye" or "hello" again.

"I thought we would have had a couple more years, but we have to play the cards we are dealt with," she said.