About 45% of all San Joaquin County's coronavirus cases have happened in the past two weeks. The Governor has ordered them and some other counties to close bars. 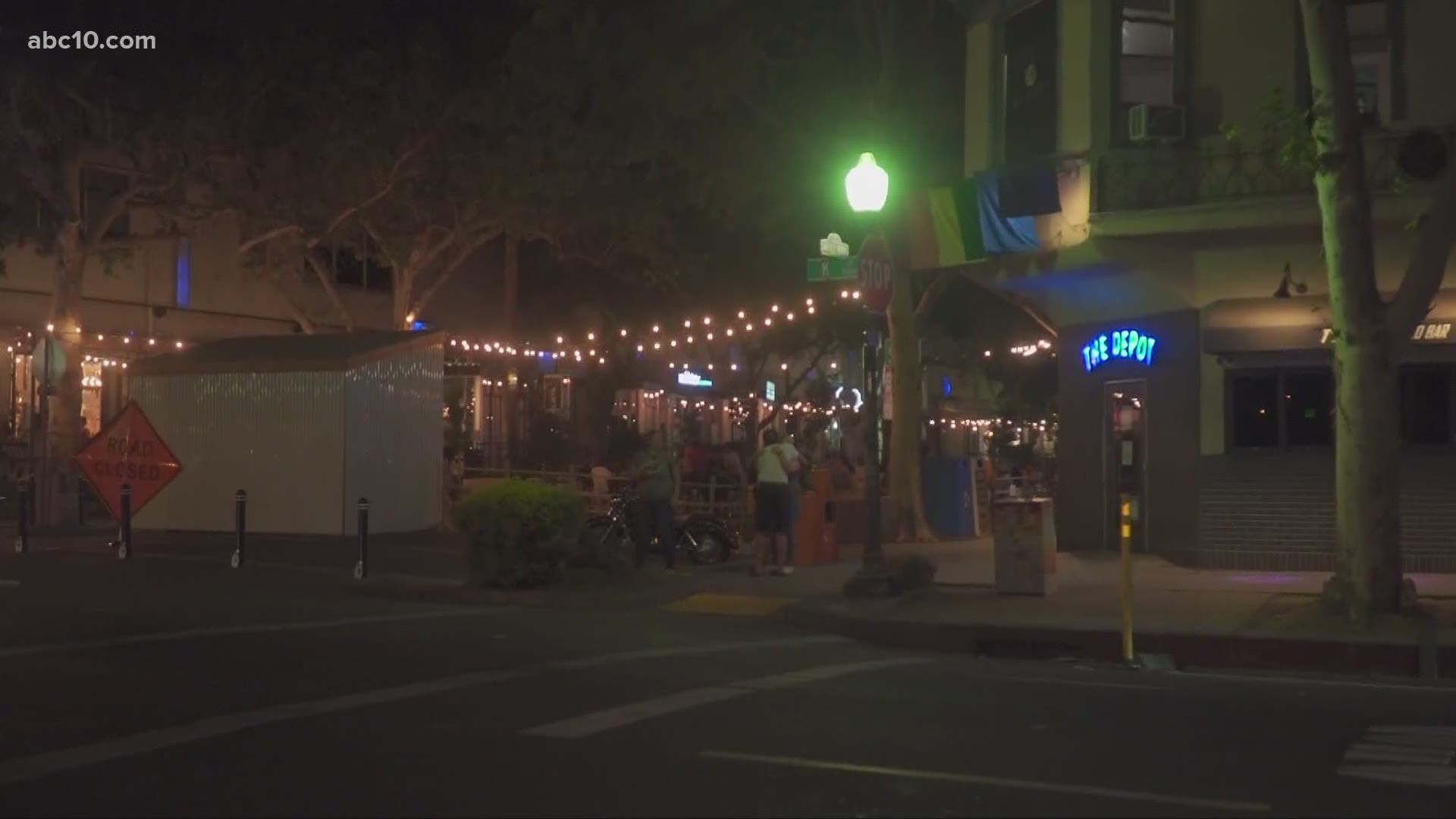 SAN JOAQUIN COUNTY, Calif. — San Joaquin County will be forced to backtrack on their reopening plans as it deals with a spike in coronavirus cases.

Other counties with virus increases like Sacramento, Stanislaus, San Bernardino, Santa Barbara, Santa Clara, Contra Costa, and Ventura have also caught his eye. However, at this time, the governor is only recommending bar closures as opposed to ordering them.

The California Department of Public Health issued guidance on the bar closures for the counties on their watch list. They said all counties on the watch list for three or more consecutive days, but less than 14 days, are recommended to close their bars with a local health officer order.

Counties that have been on the watch list for 14 days or more will be required to immediately close the bars in the county. In the case of San Joaquin County, they had yet to reopen their bars.

The state order will not impact bars that offer sit-down, dine-in meals. The state says alcohol can only be sold in the same transaction as a meal.

San Joaquin County has been struggling with an uptick in virus cases for some time. Their online coronavirus dashboard shows that nearly 45% of their 3,093 cases happened within the past two weeks.

Likewise, Stanislaus County has been persevering through an equal struggle. Roughly, 40% of their 2,000 total cases also happened within the past two weeks.

“I can also tell you that the vast majority of new cases are in young people and I think that’s what the governor’s intent was here," Chiesa said. "They tend to have a younger population socializing in bars, and this probably one way of slowing that spread.”

The numbers in Stanislaus County have objectively gotten worse. It led to Chiesa making a plea from his Facebook page calling on people to safety measures from the virus. His post said the county had a 30-day projection that predicted nearly 10 times as many deaths in the county. He's called his own post a plea, noting that the county and sheriff's office don't have the ability to police those safety measures.

“We’re so short on resources. It’s really just going to come down to the public doing the right thing,” Chiesa said.

Sacramento County has also seen 36% of their total cases happen within the past two weeks.

"This has hit different counties at different rates," said Chiesa. "The Central Valley is trending up right now. [It’s] not just the Central Valley, but it seems to be a hot bed area. We seem to be ground-zero right now, so we have to do something about it.”