Counties in Southern California will still be subject to tight regulations of the restrictive "purple'' tier of economic reopening guidelines. 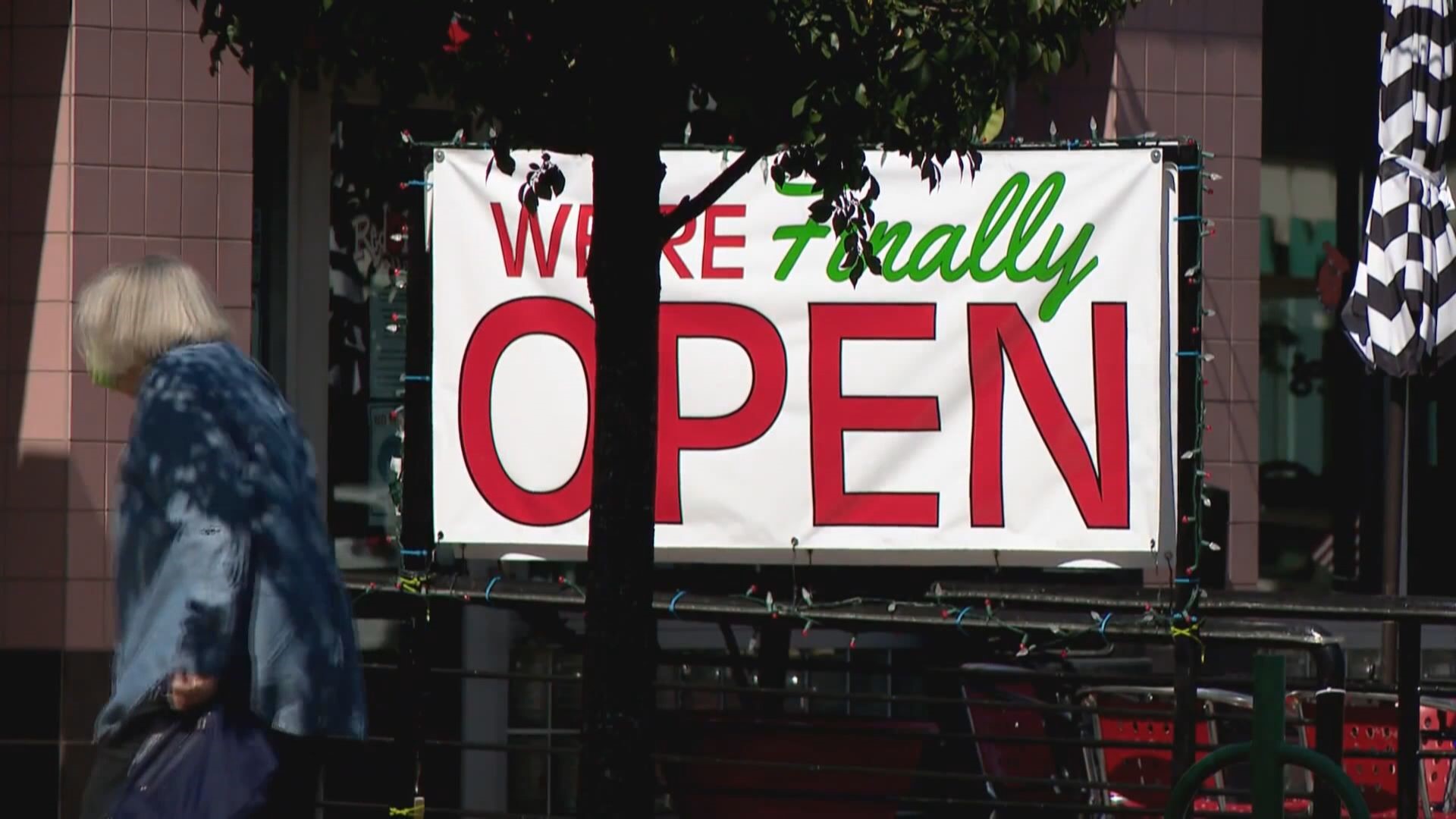 SAN DIEGO COUNTY, Calif. — Officials with the California Department of Public Health (CDPH) Monday ended the Regional Stay-at-Home Order, lifting the order for all regions statewide, including Southern California and the other two regions that had still been under the order – San Joaquin Valley and the Bay Area, but counties will still be subject to tight regulations of the restrictive "purple'' tier of economic reopening
guidelines.

Governor Newsom confirmed that the Regional Stay-at-Home Order was lifted across the state during his briefing Monday. Newsom also said California has tripled and sustained the state’s pace of administering the COVID-19 vaccine.

Health officials said the four-week ICU capacity projections for these three regions are above 15%, the threshold that allows regions to exit the order. The
regional capacity subsequently dropped to an adjusted 0%. This action allows all counties statewide to return to the rules and framework of the Blueprint for a Safer Economy and color-coded tiers that indicate which activities and businesses are open based on local case rates and test positivity.

“Californians heard the urgent message to stay home as much as possible and accepted that challenge to slow the surge and save lives,” said Dr. Tomás Aragón, CDPH director and state public health officer. “Together, we changed our activities knowing our short-term sacrifices would lead to longer-term gains. COVID-19 is still here and still deadly, so our work is not over, but it’s important to recognize our collective actions saved lives and we are turning a critical corner.”

Note: Here’s a look at the purple tier, which remains in place for San Diego. Tiers will be reassessed Tuesday, January 26.

Although the state order has been lifted, individual counties are still able to impose stricter restrictions than the state. But in general, lifting the state order could mean a resumption of outdoor dining, as well as at least some services at gyms, barbershops and nail salons, among other businesses. A possible resumption of outdoor dining could be the biggest economic boon of the announcement.

On Monday, San Diego County Supervisor Nathan Fletcher tweeted: "CA has seen progress slowing the spread of COVID-19 and today the state lifted the regional stay-at-home order. In SD, we return to the purple tier. Our collective actions to slow the spread have helped, but lets not become complacent. Let's keep it up."

CA has seen progress slowing the spread of COVID-19 and today the state lifted the regional stay at home order. In SD, we return to the purple tier (https://t.co/GedFjRzxEp). Our collective actions to slow the spread have helped, but lets not become complacent. Let's keep it up. https://t.co/J1zpfsUxM6

On Sunday, San Diego County Supervisor Jim Desmond tweeted: "I'm hearing that the Governor is going to lift the Stay-at-Home Order for Southern California tomorrow. (Allowing outdoor dining, personal services and others to open) Who knows, why did we close them in the first place?"

I’m hearing the Governor is going to lift the Stay At-Home order for Southern California tomorrow. (Allowing outdoor dining, personal services and others to open) Who knows, why did we close them in the first place?

News 8 asked Supervisor Desmond where the information he received came from.

"This is still a rumor at this point in time, unfortunately, social media kind of really lit up over this," said Supervisor Desmond. "I heard it from someone in the business sector who is very close to that business sector and actually they told us they heard this was going to happen. So what we did, we put that out that we heard this was potentially going to happen. I don't know if it's going to be tomorrow or not. At this point in time, it's still just a rumor until  [Governor Newsom] actually comes out and does it."

Some tweeted they hope he is right, others called his tweet irresponsible.

"We put that out there trying to get some people some hope out there," said Supervisor Desmond.

"[We're] not lying, I don't think it's deceiving anyone at all. It's just if the governor makes this announcement next week great, if he doesn't, that's too bad," he added.

Late Sunday, the California Restaurant Association confirmed to News 8 it sent an e-mail to it's members, informing them "Senior officials in the Newsom administration informed us that the governor will announce tomorrow that the Stay-at-Home Order will be lifted in all regions of the state."

News 8 reached out to Governor Newsom's office for comment and received the following statement from the California Department of Public Health:

"We see promising signs that California is slowly emerging from the most intense stage of this pandemic. We continue to look at what that means for the regional Stay At Home order and will provide an update tomorrow."

On Jan. 12, Governor Newsom announced the Stay-at-Home Order was lifted in Sacramento County, despite the fact its ICU capacity was below the 15% threshold.

Today, the Sacramento region is coming out of the Regional Stay-at-Home Order.

Hopeful signs—but we must approach them cautiously. Wear a mask. Be safe. Avoid gathering. pic.twitter.com/FfoRfvJct1

The state has been criticized for not providing more data on what led to that decision. However, it maintains it's based on 4-week ICU projections, not current ICU capacity.