The study shows what researchers are calling a concerning rise in unsecure storage practices of loaded guns at home, in response to the pandemic. 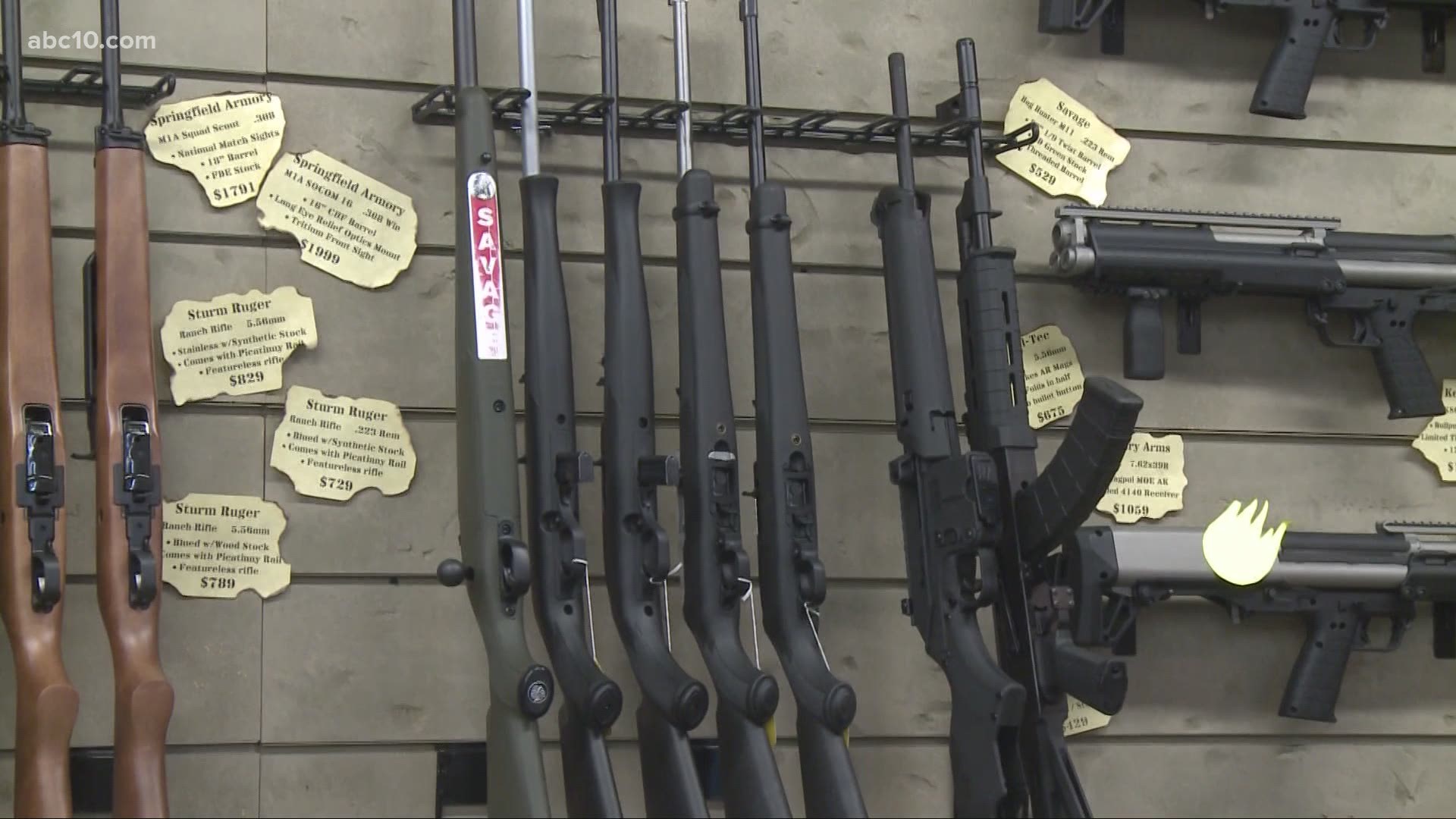 SACRAMENTO, Calif. — A new study by UC Davis is linking an increase in firearm purchases to the coronavirus pandemic.

The study also shows what researchers are calling a concerning rise in unsecure storage practices of loaded guns at home, in response to the pandemic.

Since fairly early on in the pandemic, you've heard about gun shops around the country thriving.

"They're so far up it's unbelievable," Branden Irwin said.

Irwin, the owner of a gun shop called Wild Bill's Old West Trading in Elk Grove, told ABC10 back in October that gun sales have never been better.

"The diversity of people buying firearms is unbelievable," he said. "It's everybody out there that's buying guns now. People who have never thought about buying a gun before are now doing it."

According to a study by the Violence Prevention Research Program at UC Davis, it's not only happening in Elk Grove, but it's happening all over the state of California, as a response to the pandemic.

"We found that approximately 110,000 people had purchased a firearm in response to the pandemic," Dr. Nicole Kravitz-Wirtz, an assistant professor with the Violence Prevention Research Program said.

"Most of our respondents who either acquired a firearm or changed their storage practice, cited a perceived need for self protection," Kravitz-Wirtz said.

Based on the nearly 3,000 people surveyed in the California Safety and Wellbeing Survey:

Researchers involved with this study said the most concerning piece of evidence was an increase in loaded, unrestrained guns during the pandemic, finding around 50,000 people that have at least one loaded gun not locked up at home.

"That increases the risk for both unintentional shootings as well as for anyone who may be suffering from mental health related concerns for suicide," Kravitz-Wirtz said.

A consequence ABC10 has reported on before, after a 13-year-old boy in Auburn found an unrestrained gun in a nightstand belonging to an adult in the home, accidentally shooting and killing himself in front of two other kids back in August.

And again more recently in Lodi, when an 11-year-old boy shot and killed himself with a gun, also registered to an adult at home, while on a 6th-grade distance learning Zoom call last month.

"Even one is too many," Karl Nelson, a lead instructor for Alpha Safe CCW said.

After the Auburn tragedy, Karl Nelson, an approved concealed carry weapons instructor through Placer County told ABC10, California law says a person cannot store a gun where a child may access it and it is an offense if a child gets it and hurts himself or anyone else, according to Penal Code 25100.

"Every gun should be locked up with a California-approved locking device, either a cable that goes through the action of the firearm that disables it from being loaded and fired or a box type container that's locked that you can't easily break into," he said.

If you are struggling with thoughts of suicide, there is always someone you can talk to. The National Suicide Prevention hotline is taking calls 24-hours a day, 7 days a week. The number is 1-800-273-8255.