Demonstrators in Tracy are calling for the city to allow businesses to remain open despite state health restrictions. 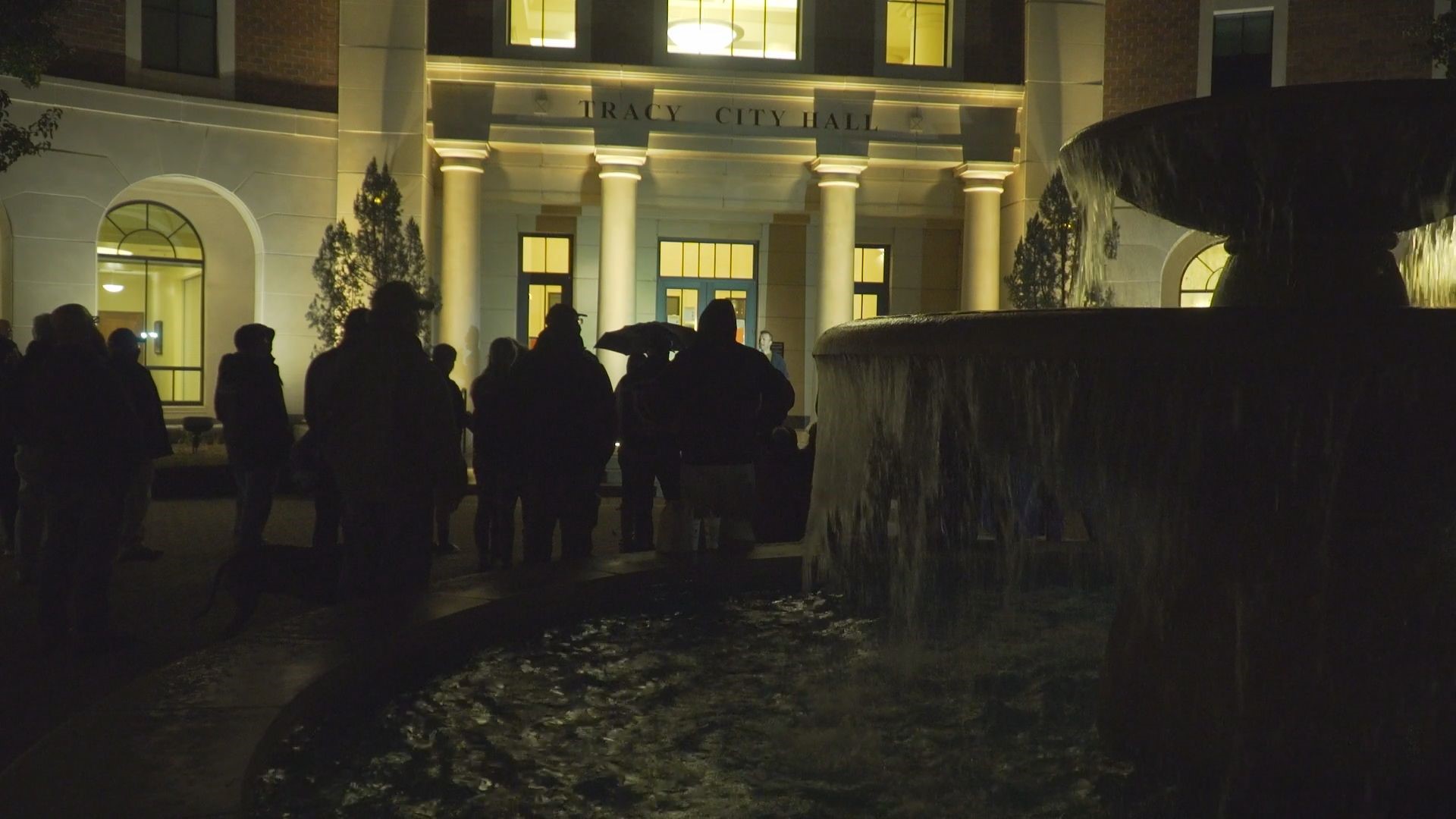 TRACY, Calif. — At least 50 demonstrators gathered at the City Hall in Tracy, Tuesday evening, calling for the city to allow businesses to remain open despite state health restrictions meant to slow the spread of coronavirus.

On Monday, 40 California counties were moved to the state’s “purple tier” – the most restrictive of the four-tiered guidelines that determine how businesses can operate. This comes as the state of California experienced its fastest bi-weekly increase in new positive coronavirus cases ever.

Tracy City Councilman Dan Arriola said he’s aware of the proposal but said city leaders must rely on data-driven decisions being made at the federal and state levels.

Any defiance of those guidelines could also put the city at risk of losing federal or state relief funding associated with the pandemic.

Tracy has already received around $1 million in Federal CARES Act funding to help it through the pandemic and they’ve implemented programs to provide some relief for suffering businesses.

The city offered grants for businesses who didn’t receive federal relief, it's allowed businesses to expand into the streets and has been in communication with downtown businesses.

Businesses in California have been allowed to gradually re-open and forced to scaled back several times under its tiered system for re-opening the economy. Arriola said the impact of state guidelines on businesses has frustrating. Still, he recognizes that the situation is unprecedented and that nations who have taken data and science-driven approaches have boded well compared to those who haven’t.

Tracy restaurant owner Heather Smiddy said she wants Tracy to become a “sanctuary city” to allow the city to remain open for business.

“I am covering my bills," Smiddy said. "I am personally not taking home a penny.”

She started her business, Chapter 2, as the California shelter-in-place went into effect. She said she has struggled to break even since.

Tracy Mayor Robert Rickman said Tuesday the city should have a long discussion about how to help businesses.

“I support our small businesses and they are the backbone of our economy," Rickman said.

WATCH ALSO: Why purple tier looks different now than when the tier system started over the summer