"Part of the pretext is... to protect American jobs. The reality is that many Americans won't do those types of jobs that the immigrant workforce does." 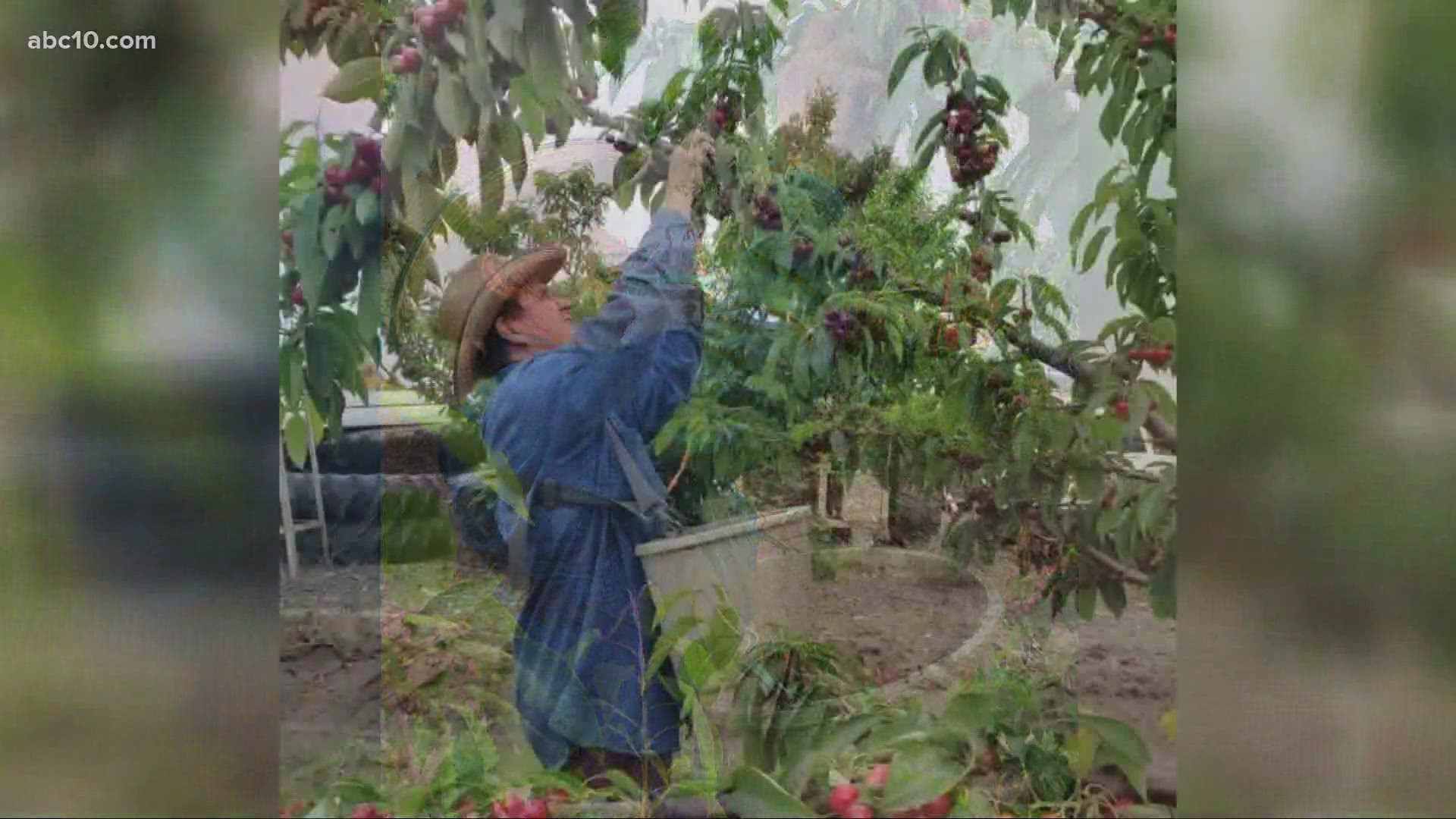 FRENCH CAMP, Calif. — Miguel Garibay, 59, of French Camp is getting ready for yet another season of picking cherries in San Joaquin County. Garibay, who lives at a migrant camp, has been working the fields for nearly 50 years.

Garibay, like many other in the agriculture industry, worried that an already depleted workforce would become worse if prospective workers are stopped from crossing the border.

"You don't see nobody picking cherries or apricots or peaches other than Hispanics," Garibay said.

On Tuesday, agriculture workers and business owners had a sigh of relief after President Donald Trump announced what he described as a "temporary suspension of immigration into the United States."

The executive order would bar only those seeking permanent residency, not temporary workers like those in the fields in the San Joaquin Valley.

Trump said Tuesday he would be placing a 60-day pause on the issuance of green cards in an effort to limit competition for jobs in a U.S. economy wrecked by the coronavirus.

But he said there would be "certain exemptions," which staff members were still crafting Tuesday. It's a return to a divisive issue at a time of national crisis.

Jose Rodriguez, CEO and President of El Concilio in Stockton, which advocates for immigrants, says the immigration suspension by the president is political.

"Part of the pretext is that he's trying to protect American jobs," Rodriguez said. "The reality is is that many Americans won't do those types of jobs that the immigrant workforce does."

In a statement, the San Joaquin Farm Bureau Federation says "We are working to make sure that workers coming into the country are not included in this."

The Artesi III migrant complex in French Camp has a capacity for 96 families. Right now, it's nearly at capacity and is expected to be full soon.

Stockton farm labor activist Luis Magana says it's not just the fear of the coronavirus, but some towns in Mexico have checkpoints making it even more difficult for farm workers to return the U.S.

"You are returning to United States there is a checkpoint in this rural towns. They not allowed to enter. So, it's hard for this family," says Magana.