After a half-century dedicated to studying this virus, the 76-year-old doctor was able to come up with a vaccine for cats two years ago. 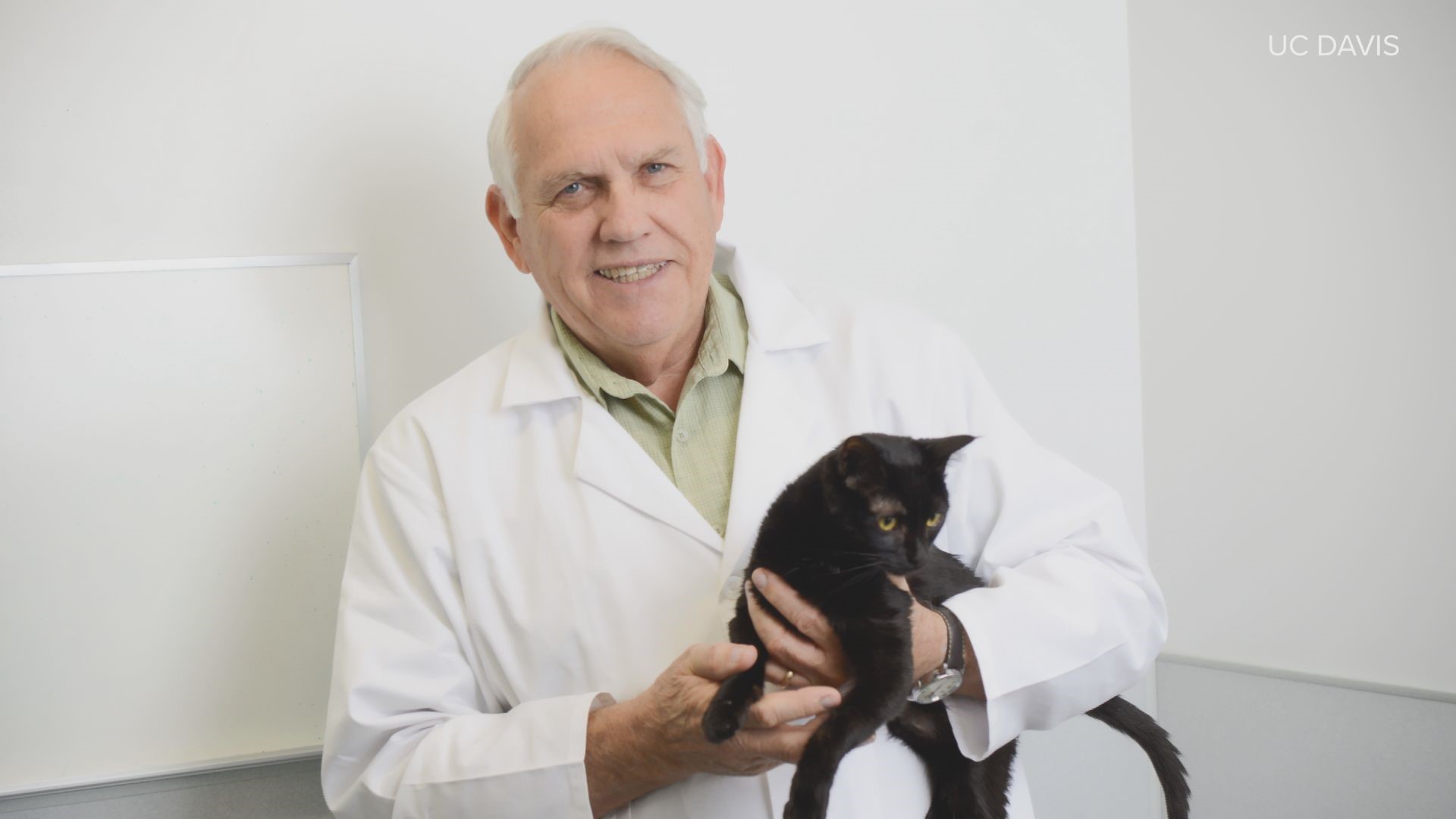 DAVIS, Calif. — The coronavirus on the minds of many across the world is known as COVID-19, but doctors say coronaviruses have actually been around for decades.

In fact, University of California, Davis professor Dr. Niels Pedersen has been studying the virus for half a century. His focus? A specific strain found in cats, called feline infectious peritontis (FIP).

"At one time, it was a relatively uncommon disease, but highly fatal of cats, and it had a lot of mysteries about it and that was intriguing," Pedersen explained. "So I made that my life's work, among other things."

After a half-century dedicated to studying this virus, the 76-year-old doctor was able to come up with a vaccine two years ago, that's now effectively being used to treat it in cats.

It's a drug he thinks could be used to treat the coronavirus in humans, but it doesn't come cheap to pet owners.

"The treatment is a daily injection for 12 weeks, this injection can cost upwards of $10,000, yet there are thousands of people that have already treated their cats," he said.

But Pedersen believed his research and legwork is being ignored.

"It's also strange that a lot of what we've learned already in this period of time with FIP in cats has application to COVID-19, the human disease, but it's just being neglected," Pedersen said. said.

Pedersen said if a vaccine for humans is in the works, public health officials don't necessarily need to reinvent the wheel.

"Those vaccines have direct application to any vaccine that's going to be developed in the future for humans," Pedersen explained.

READ THE LATEST NEWS ON THE CORONAVIRUS FROM ABC10:

WATCH MORE: Coronavirus Q&A: Answering your questions about the COVID-19 outbreak in California