The first stat will come as no surprise — 92% of cities in the survey said they didn't have enough coronavirus tests. 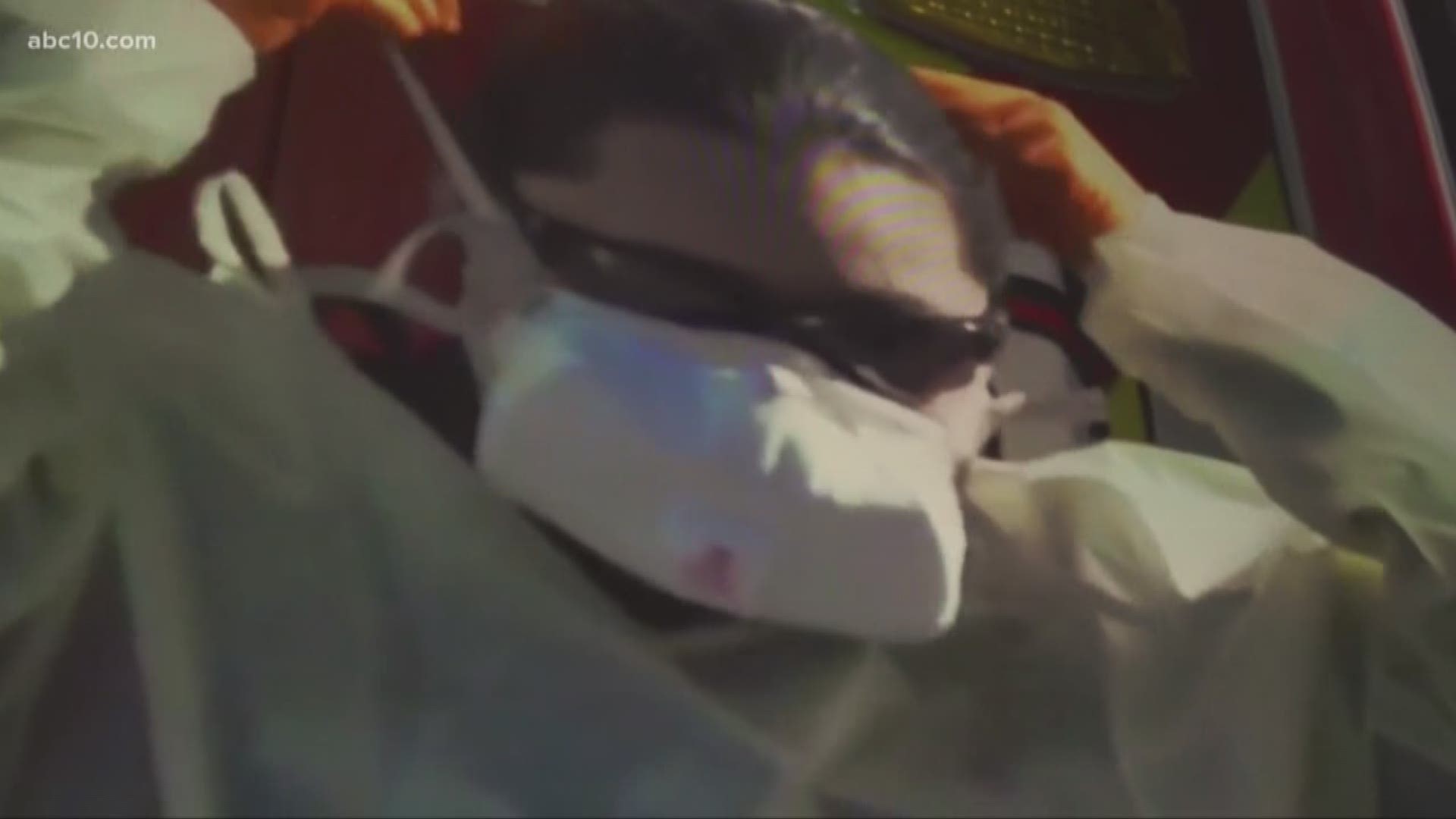 SACRAMENTO, Calif — Most cities and towns in America don't have the stuff they need to deal with the pandemic. That's the conclusion of a survey of hundreds of cities put out by the United States Conference of Mayors.

The first stat will come as no surprise — 92% of cities in the survey said they didn't have enough tests. That's been known for weeks that states and hospitals are short on tests and the number of cases are going to lag.

For Sacramento Metropolitan Fire District, that's items like medical gowns to make more of barrier between the medics and patients.

"We're receiving a shipment [of masks and PPE] about once every week," Sac Metro Fire Capt. Chris Vestal, told ABC10. "And based on the number of calls that we're currently receiving, we do think that will be enough. But what's unknown is the surge —when that wave crashes, if the surge isn't flattened."

Since supplies are week-to-week and a surge is on the horizon, they have contingency plans to reuse gear if supplies get short.

"We're also looking at ways we can decontaminate gear so that it can be safely reused," Vestal said.

Lodi City Manager Steve Schwabaue told ABC10 that they are in a similar situation with having enough supplies right now, but worrying that they won't have enough when things get worse.

"That is pretty much where we are," Schwabaue said in an email. "Trying to get the PPE to handle the projected surge."

RELATED: Three fundamentals of the hospital 'surge' in California

The survey also found 85% cities say hospitals simply do not have enough ventilators, which are breathing machines for the sickest patients with lung failure.

So what's the backup plan if the state runs out of ventilators? There may not be one currently, according to Dr. Richard Carvolth, the Chief Executive Physician of Dignity Health Sacramento.

That's why there's a push to find and build as many more of the machines as possible before the surge hits.

WATCH MORE: Live close to Sacramento and want a COVID-19 test? Here's how to get one