California to move into next phase of COVID-19 vaccination distribution

The next phase of the rollout of the COVID-19 vaccination includes those over the age of 75, teachers, child care workers, emergency service workers. 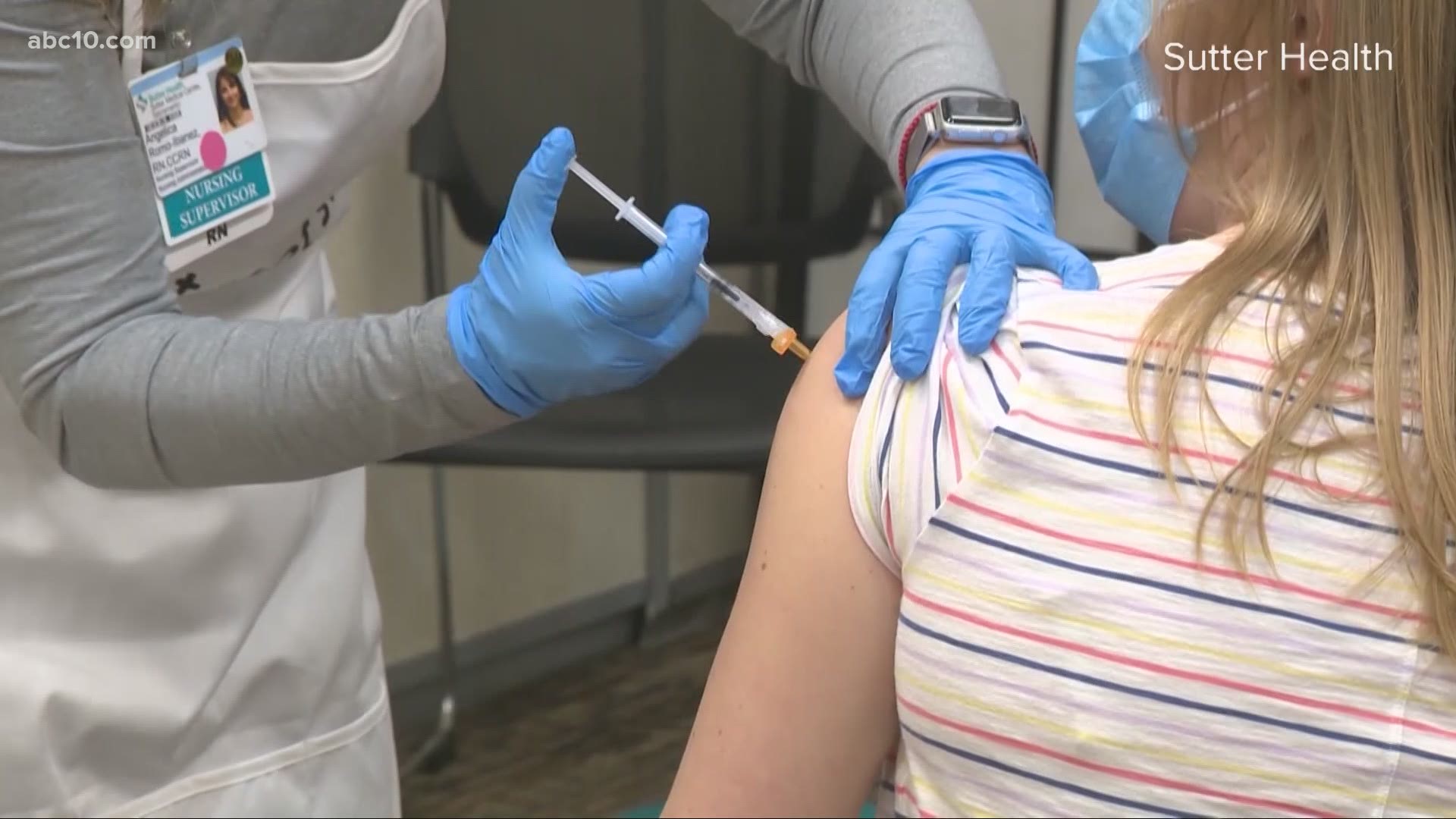 SACRAMENTO, Calif — More than half a million vaccinations were given to California healthcare workers almost a month since distribution began in the state.

People living and working in nursing homes and congregate care states across the state also received the vaccine.

State Epidemiologist Dr. Erica Pan said they think many jurisdictions will be through this phase in the coming days and by mid-January.

This means that those over the age of 75, teachers, childcare workers, emergency services, and food and agriculture workers would soon be eligible for the vaccine.

"We all want them fast, we want them to come to us faster and certainly it's taking some ramp-up time for sure between the holidays and the surge."

Pan said it had been slower than anticipated to distribute the vaccine, citing physical distance, time constraints and a lack of information from the federal government. There are plans in the works to accelerate this process.

President-elect Joe Biden plans to speed up the vaccine's release to the public once he is in office in less than two weeks. Biden said he wants to stop the Trump administration's practice of stockpiling vaccine doses.

Governor Newsom is hoping to get a million Californians vaccinated within 10 days, by the end of next week.

"We're to see faster administration. You'll see that," Newsom. "Hold me accountable, you will. Next week million, end of the week ten days, so that's the goal, we have a specific plan."

Next in line after this upcoming cohort of 75 and up are those 65 and older and workers in transportation, sheltering facilities and critical manufacturing. Also, those who are considered to be at-risk prisoners and those experiencing homelessness.