As of Sunday, Jan. 17, over 80,000 healthcare workers have contracted the virus in California, resulting in 303 deaths. 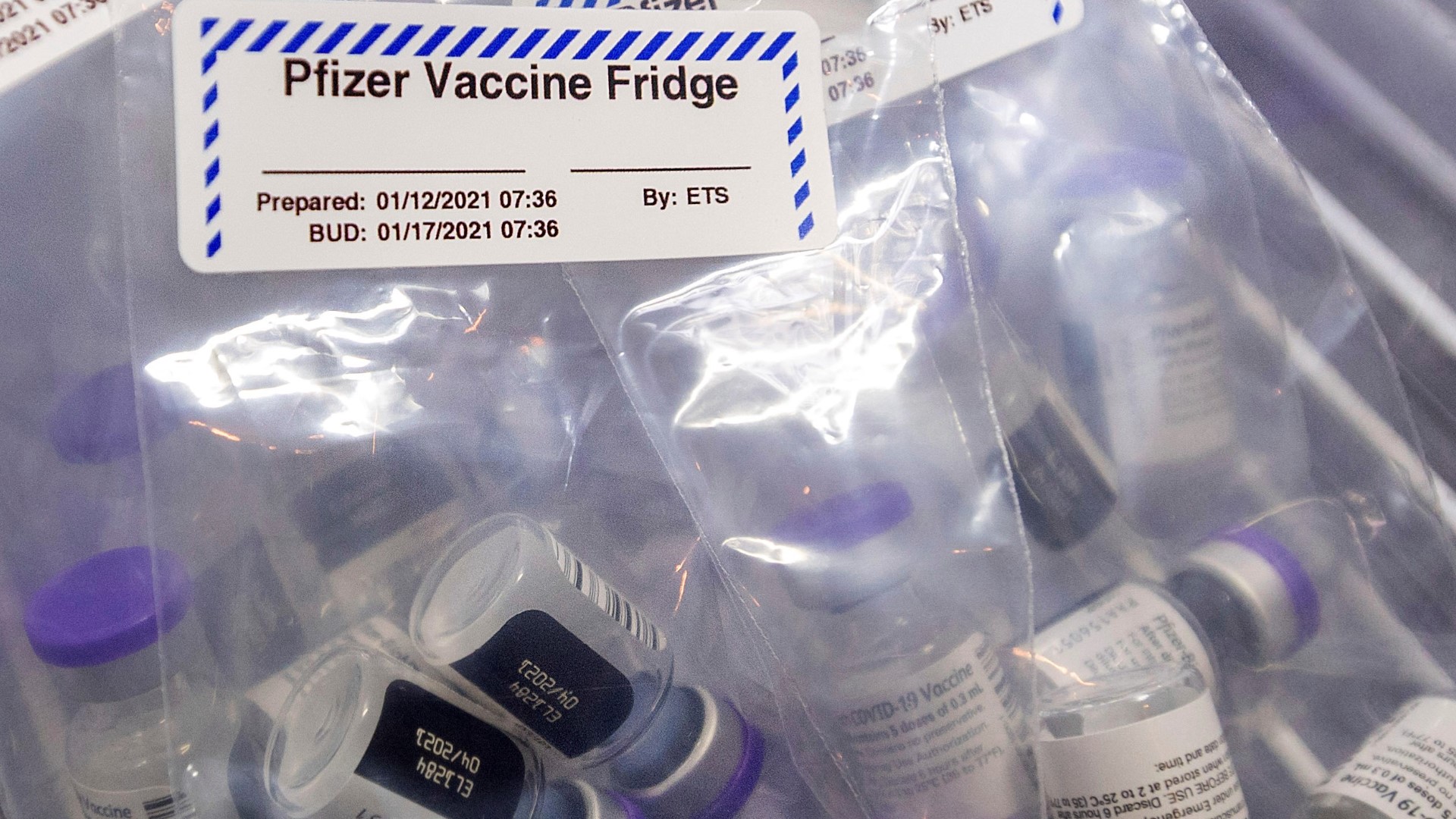 SACRAMENTO, Calif. — ABC10 is following the latest coronavirus statistics and vaccine news for the Sacramento region and state of California.

Updates from Jan. 18, can be found here.

San Joaquin County ages 65 years old and above are now eligible to receive the coronavirus vaccine.

Health Officer Dr. Maggie Park told the board of supervisors on Tuesday that the county has completed disbursement of Phase 1a of the vaccination plan with approximately 17,000 doses remaining.

“The County now begins to shift focus on the next priority population, in response to Governor Newsom’s announcement last week which makes people 65 and older now eligible for COVID-19 vaccines,” health officials said.

The clinic at Modesto Centre Plaza will remain closed heading into Wednesday after the county received only half of its vaccine delivery on Tuesday, according Stanislaus County Sheriff Jeff Dirkse.

Along with the Modesto clinic remaining closed, the debut of Stanislaus State's vaccine clinic will be delayed again.

Dirkse told ABC10 that the county hoped to get the sites up and running by Wednesday, but, the county only received half of their vaccine delivery on Tuesday.

He told ABC10 that the rest of the vaccine should arrive on Wednesday.

That's because the state decided to send some of its allocation to those large counties even though they had already gotten direct funding from the federal government. The Department of Finance said the state Legislature approved the funding strategy. The audit was the first of Howle's reports looking at how the state is spending billions of dollars in federal coronavirus aid.

Dr. Mark Ghaly, Secretary of the California Health and Human Services provides an update on the state's vaccine distribution and fight against coronavirus.

In a press release, Yolo County said that it is running out of vaccines to distribute to healthcare workers and first responders and may be completely out within the next week. Without more COVID-19 vaccine doses coming from the state, the county will have to delay moving into Phase 1B of distribution, which would include vaccinating residents age 65 and older.

On Tuesday, the state of California announced the state total of COVID-19 cases is now at 2,996,968. There were also 146 deaths reported Monday to Tuesday, bringing the state's death total to 33,739.

Regions can't move out of stay-at-home order yet

As of Sunday, Jan. 17, over 80,000 healthcare workers have contracted the virus in California, resulting in 303 deaths. On Monday, California became the first state to record more than 3 million known coronavirus infections. That’s according to a tally Monday by Johns Hopkins University.