This is the second variant the UC Davis Genome Center has identified in the county. The B.1.1.7 variant was discovered earlier this year. 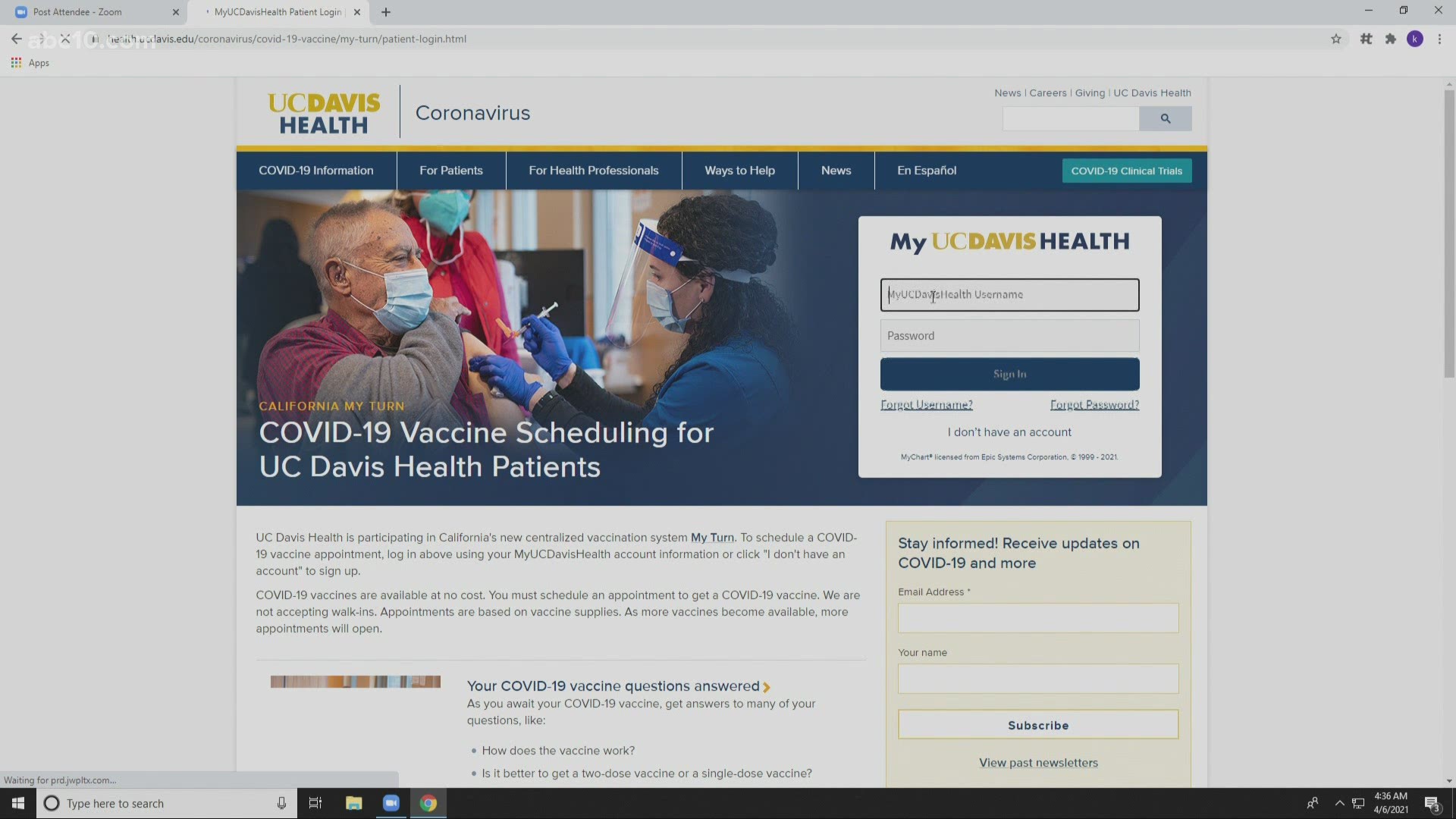 SACRAMENTO, Calif. — ABC10 is following the latest coronavirus statistics and vaccine news for the Sacramento region and the state of California.

Updates from April 5 can be found here.

The UC Davis Genome Center announced in a press release it has discovered the first known case of the B.1.351 variant.

"Research performed elsewhere has found that the B.1.351 variant is more contagious, with a 50 percent higher transmission rate," the press release said.

Aimee Sisson, Yolo County public health officer, said in the press release the discovery of this variant is "concerning given its high transmissibility and studies in the lab that show that vaccines may not work as well against this variant."

“Even if real-world studies eventually show that vaccines are effective against the B.1.351 variant, the majority of Yolo County residents are not yet fully vaccinated," Sisson said. "Until most of the population has immunity, we need everyone to continue taking protective measures against coronavirus. Masking, distancing, avoiding large gatherings, and regular testing are as important as ever.”

This is the second variant the UC Davis Genome Center has identified in the county. The B.1.1.7 variant was discovered earlier this year.

The county met the requirements to move out of the most restrictive purple tier into the red tier. San Joaquin County was one of three counties in the state remaining in the purple tier.

During a press conference last week, Gov. Newsom mentioned a new, green tier but said details were still being worked out.

Those details could be released today as Newsom plans to hold a press conference as nearly 20 million Californians have become vaccinated. At least four million residents in "hardest-hit communities" have been vaccinated, as well.

The press conference, scheduled for 10:45 a.m., is going to be streamed on the governor's social media pages.

UC Davis opens up vaccinations to people 16 and older

More than a week ahead of the state's timeline, UC Davis Health is opening up the vaccinations to anybody 16 and older.

At the start of April, California allowed anyone 50 years or older to get vaccinated with people 16 and older being allowed to get their shot starting April 15.

In a Monday night Facebook post, UC Davis Health said the appointments will be available for anyone 16 and older starting April 6.