Despite dropping projections for the supply of Johnson & Johnson vaccine, health officials are holding to opening up vaccinations for people 16 and over on April 15. 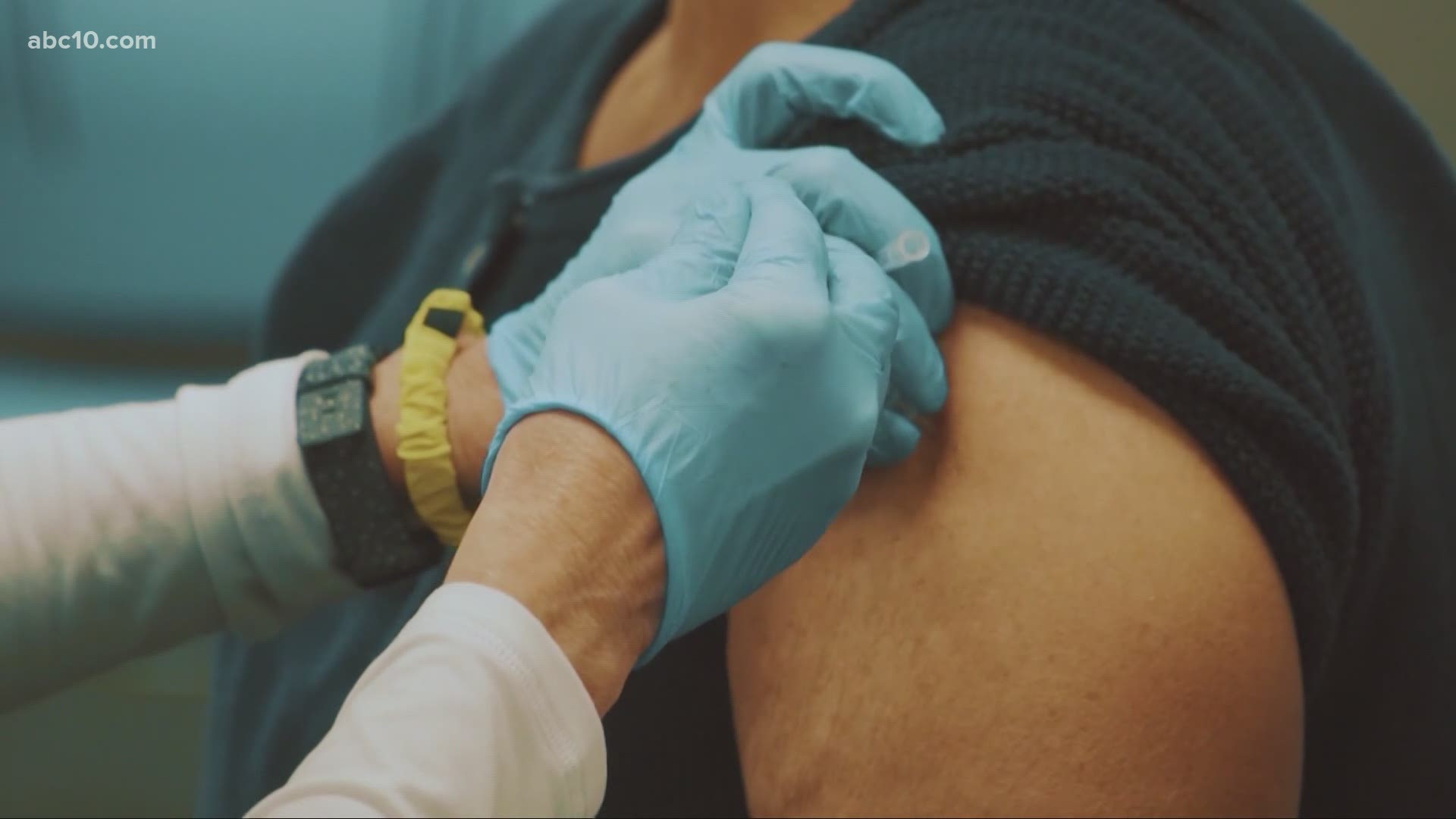 SAN JOAQUIN COUNTY, Calif. — The projected supply of Johnson & Johnson vaccines is on a sharp decline for the next couple of weeks in California, but to health officials, the news is no reason to sound the alarm, at least for right now.

“If the shortage were to continue for weeks on end, then I would be really worried about that team that’s going out to the farms and doing (J&J) vaccinations of our migrant workers, but I’m expecting that the supply will come up again. So, we’re OK,” said Dr. Maggie Park, public health officer for San Joaquin County.

Darrel Ng, a spokesperson for the California Department of Public Health, said states nationwide are reporting a drop in vaccine allocations and California is no different.

San Joaquin County got the news on Wednesday that their supply of the Johnson & Johnson vaccine was different from what was originally projected. As of Thursday afternoon, Dr. Park said the county is expecting a reduction in their J&J vaccines next week but wasn't able to say exactly how big the reduction would be.

In neighboring Stanislaus County, the expectation is the same. However, Jeff Dirkse, Stanislaus Sheriff and director for Emergency Services, said they'll be getting about 2,300 extra vaccines which should help mitigate the J&J drop.

Sacramento County will be getting 20,200 vaccine doses, which is a decrease of 5,320 doses from the prior week, according to the county's vaccination dashboard. With vaccinations for people 16 and older coming up on April 15, it might be challenging to get a dose to everyone who wants a vaccine.

"We already knew we were gonna have enough doses for everyone in that population, and now it will be a bit more challenging," said Rachel Allen, Sacramento County's Immunization Program Manager.

Dr. Park and Sheriff Dirkse say the current supply issue is just a bump in the road so long as it doesn't extend out for weeks.

Citing Blue Shield of California, Allen said mid-April is when Sacramento County should see an increase in their allocation.

RELATED: 'Give us a chance to make this work' | California’s new COVID-19 vaccine system to start Monday

The sudden shift in supply expectation is not necessarily a new one for California. It happened earlier in the vaccine rollout when many  Moderna vaccines were paused when severe weather across the country impacted vaccine shipments.

“It’s comparable to those situations in the sense that we considered to be just a slight blip and temporary," Dr. Park said. "We don’t think that this is going to be an issue that’s going to be ongoing for some time.”

Even with the projected changes to vaccine supply, officials said not much is expected to change in terms of current plans. Ng said people 16 and over will still be eligible to make vaccine appointments starting April 15.

The hope is that vaccine supply will increase again in the latter part of April.

"For us here in San Joaquin County, all of our scheduled vaccination clinics are going to move forward as scheduled," Dr. Park said. "There’s been no changes based on the announcement made that we’ll be receiving less of the Johnson & Johnson.”

For major hospitals like UC Davis Health, there's not much impact either at the moment.

"It won’t really impact us, as we have not received hardly any Johnson & Johnson doses at all, so our schedules are not planned to include it," said Tricia Tomiyoshi, spokesperson for UC Davis Children's Hospital.

According to Kaiser Permanente regarding any possible impact, the health care provider said in a statement "there will be fewer vaccination appointments available than planned, for at least the next few weeks, just as millions more people start signing up for a vaccination." However, Kaiser notes it'll still be able to operate its vaccination sites, including locations in Stockton.

"The vaccine supply continues to fluctuate across the country week to week, but after this event it is expected to continue increasing, allowing more and more people to get vaccinated. Kaiser Permanente remains committed to the fair and equitable distribution of COVID-19 vaccine," Kaiser said in its statement.

Full vaccine projections from CDPH are available below.

Vaccine projections (including first and second doses) for the State Allocation, as provided by the federal government:

For shots available for those who have yet to be vaccinated (first shot Moderna or Pfizer, plus J&J), projections include:

Drop in J&J vaccine from week to week:

COVID-19 vaccine availability in Stockton, can more be done for harder hit groups