A strategy for vaccinating people 65 and older is in the works for San Joaquin County, but the supply of vaccine and the number to vaccinate don't quite line up. 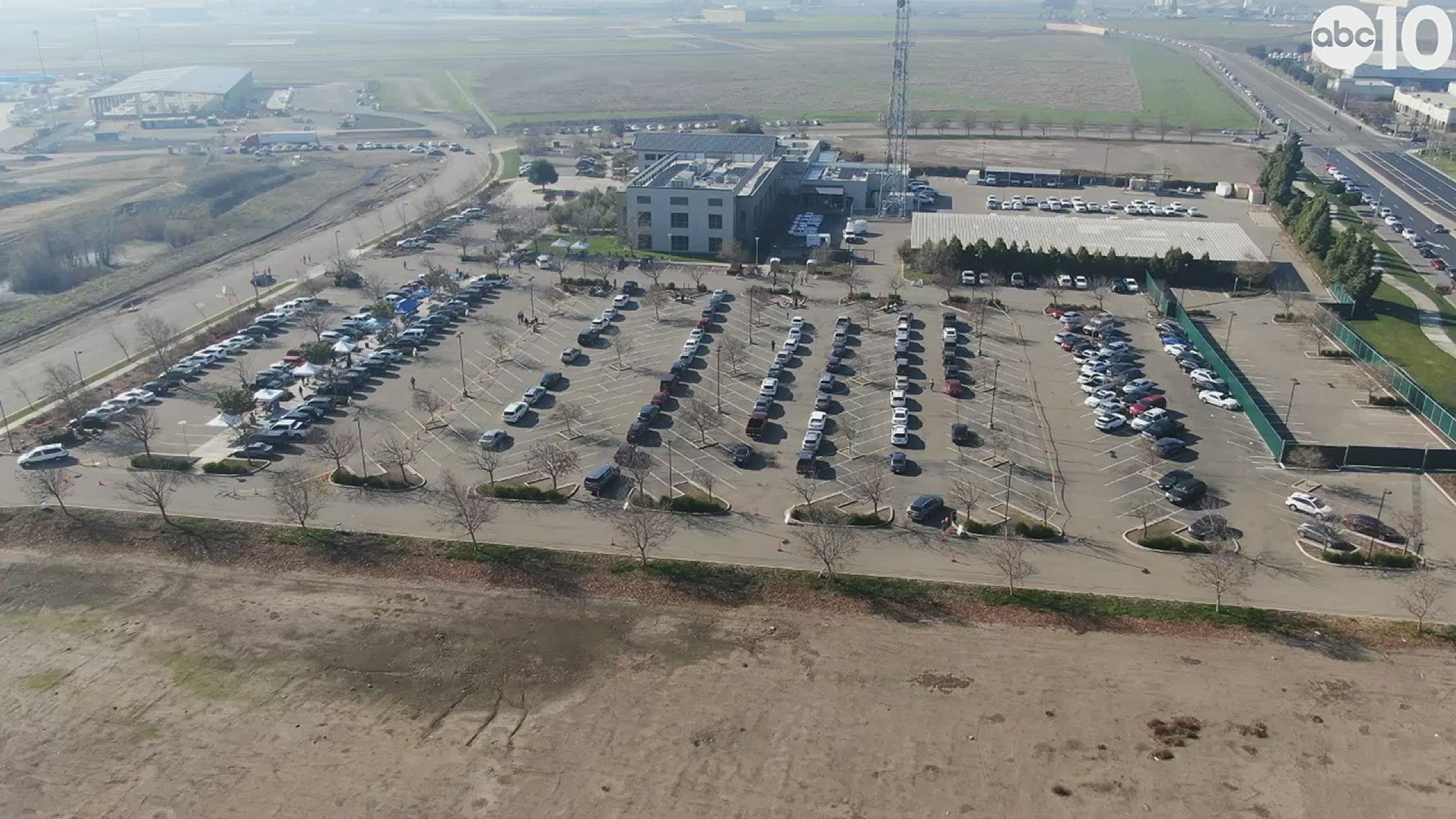 “If it were up to me, everyone would be vaccinated at this point. So it’s very frustrating to me to know that people want it and can’t get it yet,” said Dr. Maggie Park, San Joaquin County Public Health Officer. “And so, we want to get it into the arms of people, and I’m really just hoping that, from the federal level down to the state level, we see a lot more vaccine coming in in the next few weeks.”

For most of January, the county has been focused on vaccinating healthcare workers with high exposure risk to the coronavirus. However, last week, things changed when Gov. Gavin Newsom announced that people aged 65 and older would be eligible for vaccination.

According to Greg Diederich, county health director, it was an addition of more than 90,000 people into their current plans. For perspective, the county has received roughly 34,000 vaccine doses in total, and, in this week’s delivery, they received about 3,000 doses.

“We’re starting a limited campaign with those 65 and older; the limiting factor is the amount of vaccine that is available within San Joaquin County. It is nowhere near sufficient,” Diederich said.

RELATED: Stanislaus County ‘out of vaccine’ due to Moderna pause, temporarily closing clinics

With the supply they have, the county is finishing up Phase 1A, nearing Phase 1B, and planning a vaccination strategy for people 65 and older. Diederich said that, without a broad stock of vaccine, they’ll have to be particular about the people over 65 that would get the vaccine first.

“I believe we need to have some sub-prioritization in that group and maybe focusing on those individuals that are most likely to need a hospital bed, an ICU bed, a ventilator or succumbing and dying if they contract coronavirus,” Diederich said.

A test run for a mass vaccination clinic was held over the weekend at the San Joaquin County Agricultural Center. Officials gave out 2,500 vaccine doses in two days, largely due to word of mouth and many people over 65 showing up to what was intended as a healthcare provider clinic.

Setting up mass vaccination clinics and having people simply show up isn’t likely to be the way future clinics in the county are held. Dr. Park said people can expect mass sites like the Ag Center clinic, but there will likely be static sites and clinics at schools, pharmacies, and existing test sites as well.

Appointments will also be a big element to future clinics. Dr. Park said the county needs to make sure that people in the proper phases get the vaccine first. Diederich said he wanted to avoid people standing in lines for hours with no place to sit down and no social distancing.

Still, the effort to vaccinate the 65 and older population will take some time to roll out.

RELATED: 2,500 COVID-19 vaccine doses given out over weekend at San Joaquin County clinic

“We want to get the word out that vaccines are limited now, so (that) people understand that not everybody 65 and over right now can get a vaccine in the next day or two because the governor said so. The governor said that but that’s not truly what’s available,” Dr. Park said.

Diederich said that the county, along with all its partners, could have the capacity to do several thousand vaccinations a day. The main issue is that “several thousand” is all they might get in a given week. Even then, Dr. Park said the county doesn’t know how much vaccine they’re getting until the week before.

Dr. Park said San Joaquin County has been doing a “careful” rollout but definitely not a “purposefully slow” one. She said the county is ramping up its ability to vaccinate with faith that the vaccine supply will increase as well.

Diederich added that mass vaccination is complicated in the best of environments, but the county has positioned itself as well as possible right now.

“We are ready to move. We just need more vaccine,” he said.