Why Stanislaus County gave 10,000 vaccine doses in 8 days. And how they plan to do even more.

Stanislaus County says they have capacity to do up to 40,000 COVID-19 vaccine doses a week. They just need more vaccine. 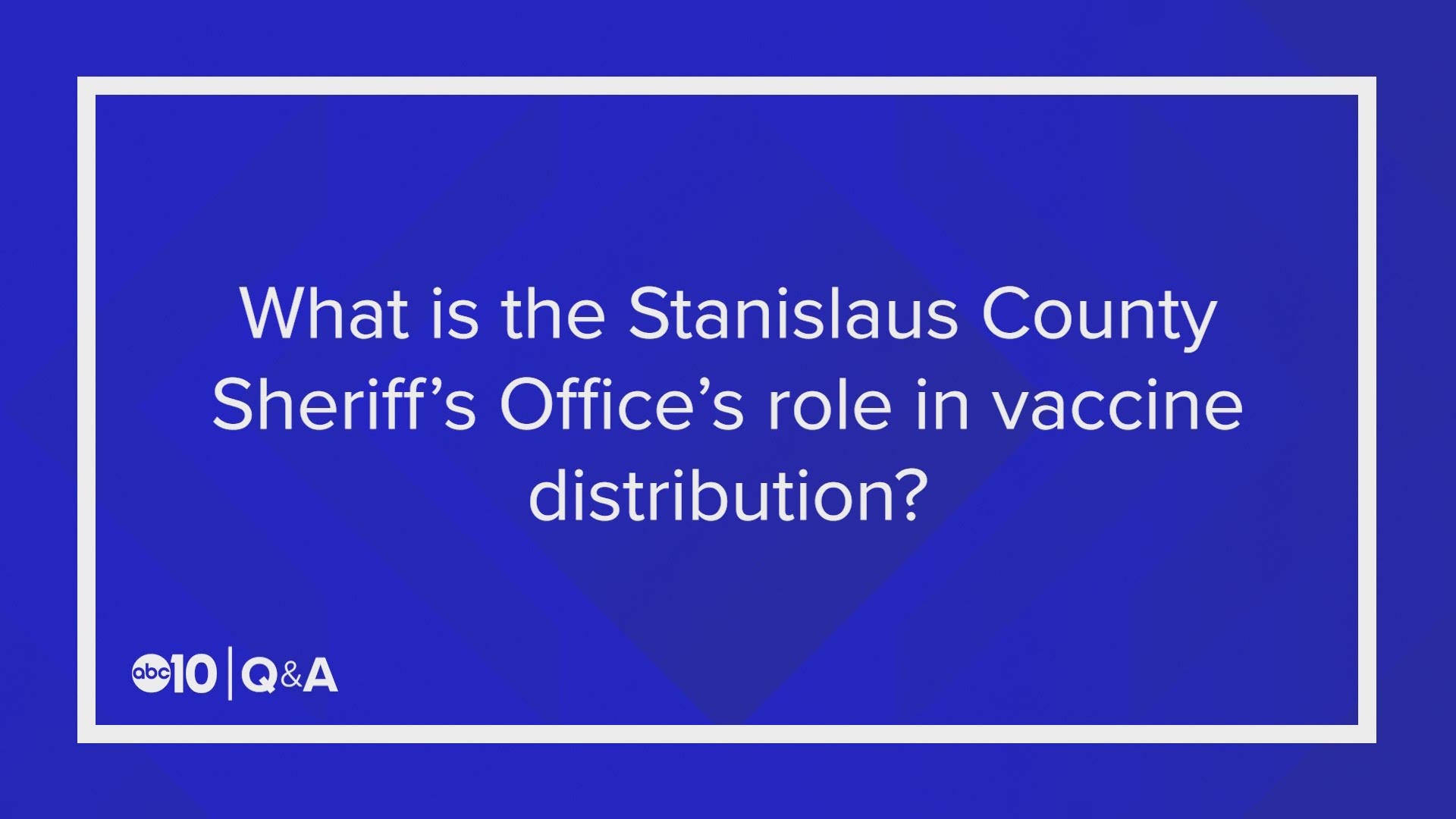 While the figure is a big number, the county said they have the capacity to do up to 40,000 doses a week if they have the vaccine supply. However, with current supplies and trends, vaccinating all people 65 and older could still take months.

“In eight days, we only did 10,000 vaccines at clinics that can do over 2,000 vaccines per day at least. That really shows you how slowly the vaccine rollout has been going,” said Kamlesh Kaur, public health spokesperson. “If the number of vaccines (available)… goes up, it could be faster, but because we have only so many vaccines allocated to us – yes, that long timeline seems a little more realistic timeline when you see it that way.”

RELATED: ‘It’s an emergency, and we need to treat it like that’ | Stanislaus County’s vaccine rollout, explained

Together, the sites have the capacity for roughly 7,000 vaccinations a day with 2,000 each in Modesto and Turlock and 1,500 each in Oakdale and Patterson.

“That’s what we have planned for, however, because we are not getting as many vaccines, we cannot reach our maximum capacity of 35,000 to 40,000,” Kaur said.

On Tuesday, the county launched its new Oakdale site, which was equipped with 500 doses for the day. The site opened up at 9 a.m., and Kaur said nearly half of the doses were gone by noon due to demand.

This week, the county made a schedule to accommodate second doses of the vaccine. The impact was mainly to the Modesto clinic, where certain days correlated with being either 1st dose only, 2nd dose only, or both. Stanislaus State would be active only two days out of the week for 1st doses.

“We’re trying our best to make sure that we can get vaccines out to our community members as fast as possible and, right now, opening these four clinics are the best options that we have,” Kaur said.

Stanislaus County has made it clear that they’d rather have the vaccine in people’s arms as opposed to sitting in a freezer, so the goal has been to use as much of the vaccine as possible through the week, even if it means closing sites when they run out of vaccine. Kaur said the schedule is an effort to give people some more consistency on what to expect.

She said consistent scheduling is challenging since the county doesn’t know how many vaccines they’ll be getting until the week before.

However, one thing that has been consistent with the vaccine rollout has been demand. Long lines have been a running theme as the county uses a first come first serve model for the clinics.

Kaur said the longest wait times happen during the day because roughly 100 people line up well before the clinic opens. The limited vaccine supply isn't a secret, and Kaur says people are generally lining up early to avoid being left out.

She said staff monitors the lines continuously, comparing the number of doses to the number of people still in line. This way they can signal to people that supply is running low before they spend too much time in line.

With stormy weather heading for the area, county staff are facing a newer challenge for the sites, specifically the potential of vulnerable 65 and older populations standing in line during bad weather conditions.

Kaur said the county is developing a plan to keep the rain from becoming too much of an inconvenience. This includes allowing seniors to wait in their cars. Plans were still being finalized on Tuesday afternoon.

Other options include seniors having another person wait in line for them, try to set up an appointment with a healthcare provider, or simply staying home and trying a different day.

A list of those providers is available HERE. Regular schedule and vaccine information is available on the StanEmergency Facebook page.