Dr. Mark Ghaly from CDPH said the state hopes to soon vaccinate the young teens that have had to shoulder a significant burden during the pandemic. 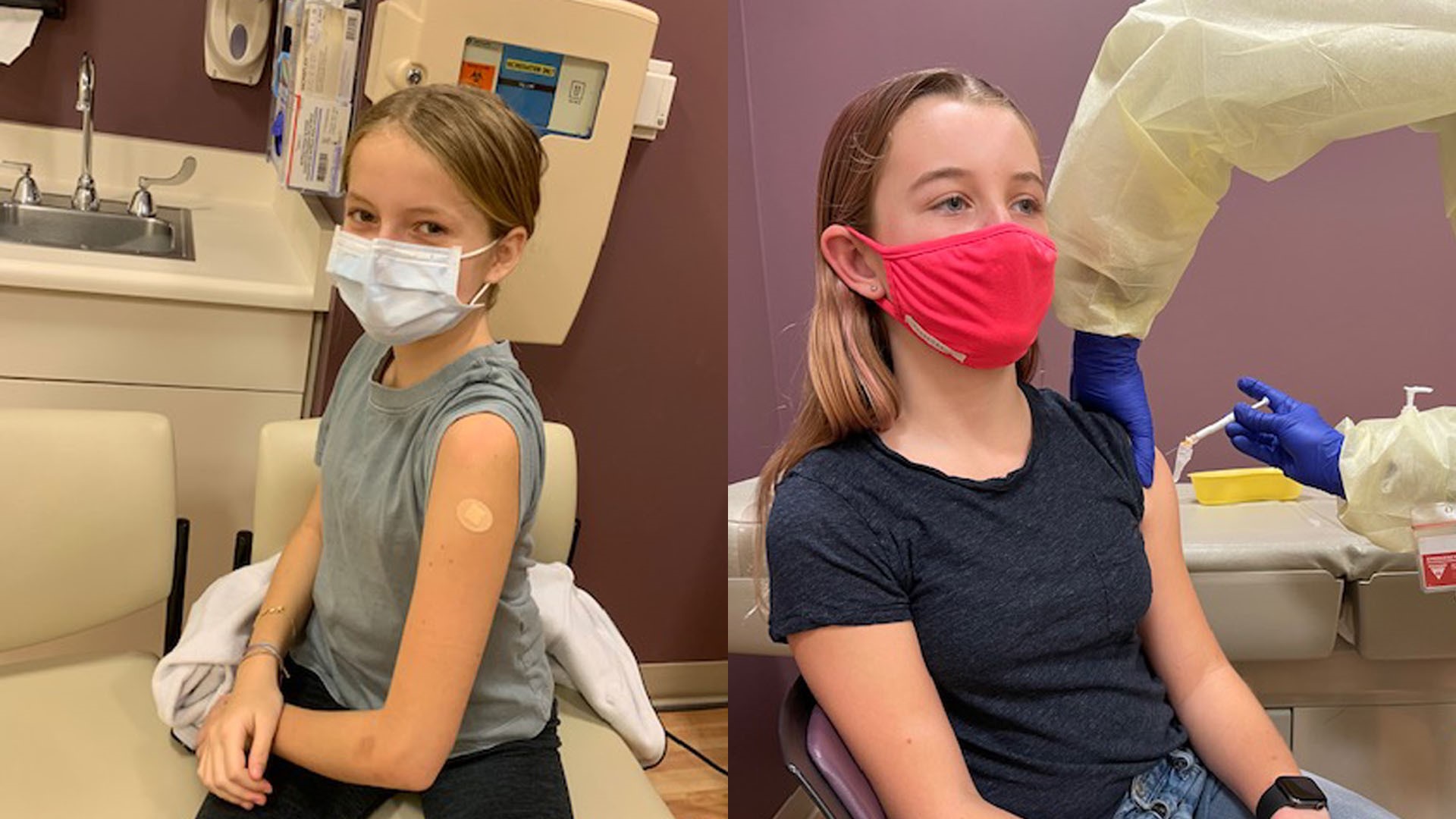 Nationally and in California, the shots are set to begin Thursday after a Centers for Disease Control and Prevention vaccine advisory committee issues recommendations Wednesday for using the two-dose vaccine in children as young as 12.

In California, Nevada, Oregon and Washington, the Western States Scientific Safety Review Workgroup is independently reviewing the U.S. Food and Drug Administration’s emergency use authorization. It also is expected to make its decision Wednesday, clearing the way to start vaccinations across the state.

RELATED: How to get your child vaccinated against COVID-19

The FDA emergency use approval wouldn't be possible without the help of young volunteers across the country who took part in Pfizer COVID-19 vaccine trials.

Fahrni volunteered because she was curious to learn more about what was going into her body. She says now that she knows how medications and vaccines are made, she knows they are safe.

13-year-old Leila Farinsky was another teen trial participant also from Davis. She said she was eager to participate so life could get back to normal.

"Just staying home and sports being canceled is very separating and yeah, I was definitely, like, eager to start the trials so people could get vaccinated and we could mostly go back to school, get everything opening back up and just being able to hang out with friends," said Farinsky.

RELATED: Parents faced with decision to vaccinate their kids against COVID-19

Dr. Mark Ghaly from CDPH said in a briefing Tuesday that the state hopes to soon vaccinate the young teens that have had to shoulder a significant burden during the pandemic.

"The exciting benefit, as we begin to return to more normal activities, whether that's going in-person school, spending time with friends, we know that young people have shouldered a significant burden throughout COVID," said Ghaly.

Fahrni said the pandemic has been tough for her.

That’s part of the reason why she was motivated to take part in the trial. She said she knew her generation was falling behind in schooling, and other children with compromised health could potentially get very sick if the virus continued to spread and infect them.

“I really wanted to help everyone, so they could recover easy," Fahrni said. "They could just like get, like, get a better education and catch back up in school."

Both girls say they are honored to be part of something historic.

The girls will know in a couple of weeks if they received the actual vaccine or a placebo, but their work continues for the next two years, as they’ll be closely monitored. The girls are responsible for writing in their electronic symptom diaries once a week and will have their antibodies checked every six months.

RELATED: When will a COVID vaccine be available for children under 12?

Fahrni's mother, Dr. Ana Rodriguez said she’s proud of her daughter for choosing to take part in the trial.

Farinsky's participation not only helped on a national scale but convinced her father to also receive the vaccine.

The ABC said undercover agents were able to buy the fake vaccination cards multiple times in April at the bar.