48% of African Americans say they have a general distrust in vaccines. 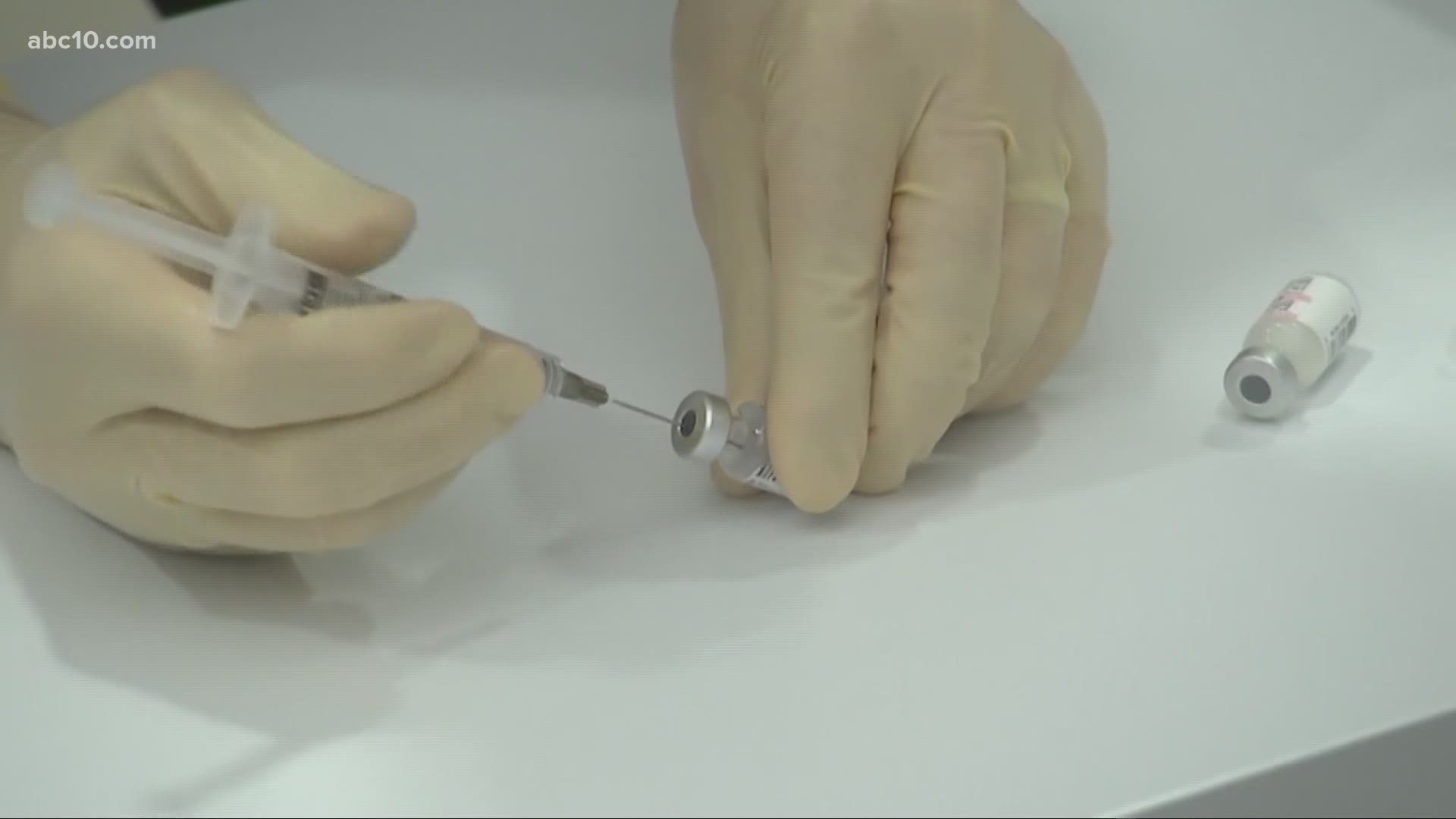 SACRAMENTO, Calif. — Louis Morton said that, as a black man, when he turns on the news and sees the devastation the pandemic has had on people of color, he can’t help but speak out.

“Need to tell people that there is a recovery, and you can get a part of it by not thinking that because you’re older or a certain color that people are going to neglect you,” Morton said.

Many people that look like Morton say they don’t want to get the COVID-19 vaccine.

Nearly a third of African Americans are hesitant to get the vaccine, according to a Kaiser Family Foundation study. The majority say they are concerned about possible side effects, half are worried they will get Covid-19 from taking the vaccine, and 48% say they have a general distrust in vaccines.

Medical expert Dr. Tom Hopkins said he urges his African-American patients to take the vaccine when it becomes available.

He said COVID-19 impacts a disproportionate number of African Americans, in terms of hospitalizations and death.

Historically doctors and scientists have used African Americans in medical studies without their permission. The most notable case being the Tuskegee experiment, where health officials withheld proper treatment from African Americans to study syphilis.

But NAACP President Betty Williams said a lack of access to healthcare also contributes to the skepticism.

Williams encourages people in the African-American community to start having the conversation about getting vaccinated .

Dr. David Tom Cooke, a doctor at UC Davis Health, said it's OK to have questions. Cooke was among the participants in the Pfizer vaccine trial.

That's why, as an African-American doctor, he enrolled in Pfizer's vaccine trial.

He said it was significant for its diversity and inclusion in its late stages. Of its 30,000 participants, 20% were Black or Latino. Federal data shows Black Americans make up 13 % of the U.S., but they make up only 5% of clinical trial participants.

The Latino demographic makes up 19% of the population, but one percent of clinical participant trials. Pfizer's trial showed effectiveness and side effects were even across demographics

"We have already served as guinea pigs- so you don't have to serve as a guinea pig,” Cooke said.

This week, Cooke learned that he received the vaccine, and not a placebo. He said he experienced mild symptoms- mainly muscle ache at the injection site. While he recommends people get the vaccine, he urges anyone with questions to reach out to their doctor.

35% of African Americans hesitant to get COVID-19 vaccine, study says